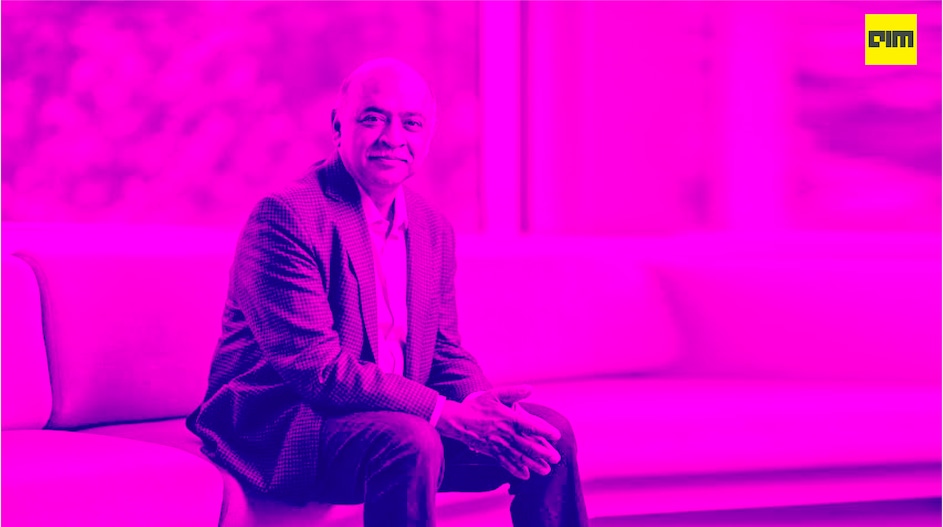 Why We Should Embrace Facial Recognition Rather Than Prohibiting It

As Ginni Rometty, the current CEO of IBM passes the baton to Arvind Krishna, she calls him a “brilliant technologist” who has played a crucial role in building IBM’s key technologies. According to IBM, Arvind has helped in building technologies like artificial intelligence, cognitive computing quantum computing, distributed ledger, cloud services, data analytics solutions, and nanotechnology.

According to reports, Krishna was the “principal architect” of the company’s acquisition of Red Hat, one of the most significant acquisitions for IBM. The diverse set of things and business operations Arvind Krishna has led makes him a Renaissance Man for IBM.

While you may already know that Arvind has an engineering degree from Indian Institute of Technology, Kanpur (IITK) and a PhD from the University of Illinois, there is undoubtedly a lot more about this man and the work he has done over the years which rose him to the top of the corporate chain of a goliath such as IBM. And in this article, we try to uncover those things for you.

57-year old Arvind Krishna had started his career with IBM in 1990 and has impacted the company, since then, in so many capacities that it’s quite astounding as compared to a typical CEO, ranging things from product development, research as well as core business roles.

Playing his role as senior vice president and director at IBM Research, Arvind has led approximately 3,000 scientists and technologists in 12 labs, on six continents which contributed to hundreds of patents for IBM under his tenure. He holds 15 patents in different technologies, everything from cryptography to optimisation of supply chains to new analytical algorithms, which shows he led by example.

He was previously a general manager of the development and production organisation of IBM Systems and Technology Group, responsible for the development and engineering of advanced semiconductor materials via microprocessors, servers and storage systems like OpenPOWER.

Arvind Krishna: A Massive Proponent Of Blockchain & Open Data For Saving The World

Arvind Krishna is a big proponent of using technologies like analytics, AI and blockchain for helping humanity in ways like preventing wastage, curbing pollution, and making systems more efficient. His take on the blockchain is noteworthy where he believes blockchain can help end corruption widespread in today’s governance systems.

“Today, if you look at a government organisation and agency or a bank, you effectively have to trust them. You don’t have a choice, and your recourse is through a legal system or a long, arduous process later. When you get to a blockchain where multiple entities are getting together and enough of them agree on data, a process called consensus, then everything out there is open. Once it’s open, you cannot change a previous transaction, which is what enables this trust but also it enables a great deal of transparency. So, I believe things like corruption and money laundering will not exist when these things are all out in the open, and enough people out there have to agree on it. That is the power being computer science behind blockchain,” said Arvind Krishna in an event.

Arvind has also suggested the creation of open data sets to help save the planet’s resources like water and energy consumption. Speaking at a symposium for US National Academy of Engineering, he said, “To have a sustainable and smart future, we are going to have to make sure that vast amounts of data are available in the open. When we look at the waterways in various nations, not just the emerging countries, there is a tremendous amount of things to do. We know that putting sensors of water, not just to measure different parameters can yield tremendous benefits. The creation of open datasets is critical for this.”

An Advocate For Data Science R&D

Arvind Krishna also has a great interest in cognitive computing but believes that there is a need for extensive research and development for data sciences, pointing to the fundamental challenges in the field. He once stated “Cognitive computing is going to lay forward, but we need new science. I mean should I take 3000 images or 30,000 or 3 million to train a model. Information theorists always measure entropy and its’ not a vague concept but a very precise concept. How do you measure the entropy of a data set, how good is it, how rich is it, how diverse is it? Do I need more or am I at law of diminishing returns right now? And you have got to do all of this in the context of privacy. This all requires new science which doesn’t exist today. Creating a new information theory is the need for making mission-critical decisions with data.”

Why We Should Embrace Facial Recognition Rather Than Prohibiting It