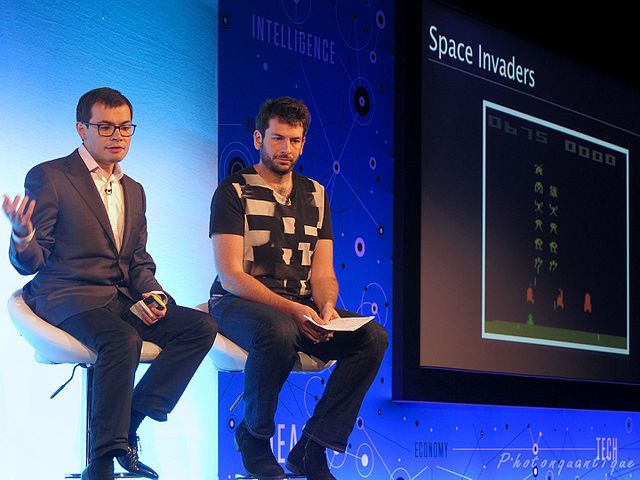 Late last year, DeepMind made a significant breakthrough with AlphaFold. Be it diagnosing fatal diseases or engineering a bacteria to eat up plastic, the knowledge of a protein structure helps tackle problems which were previously thought to be impossible and irreversible.

The successful demonstration of AlphaFold established trust in DeepMind’s goal and kept the AI community curious for the next big breakthrough. The research done by DeepMind’s extraordinary team has touched many critical areas of healthcare. Their success proved the reach of deep learning algorithms in solving problems in untouched fields.

However, regardless of how benevolent and path-breaking the research is, their forward momentum relies majorly on the unhindered cash flow. Fortunately for DeepMind, it found one in the form of Google.

The Cost Of A Breakthrough

DeepMind was the brainchild of a Chess prodigy and neuroscientist Demis Hassabis, Shane Legg, and Mustafa Suleyman.

DeepMind first came into the limelight when they took on the world’s best player at Go — one of the most complex and intuitive games ever devised, with more positions than there are atoms in the universe – and won.

After Google acquired DeepMind for $500 million in 2014, its research was deployed for applications like reducing environmental impact at Google’s data centres and even intro Google’s own commercial products.

Since then DeepMind has steadily increased its headcount of researchers to 700 employees, and have openly published over 200 peer-reviewed papers.

However, for DeepMind, which focuses its research on fields like genomics, the running costs are high.

From establishing the labs to luring the top researchers with hefty packages, there are few inescapable factors, that any premier research venture will eventually run in to.

“Looking at the pace of progress, I think we will have AI in a form in which it benefits a lot of users in the coming years, but I still think it’s early days, and there’s a long-term investment for us,” said Sundar Pichai when he was asked about DeepMind back in 2016.

With Google bringing in 99% of the revenue for the parent company, Alphabet, that owns DeepMind doesn’t look like it will run out of funds anytime soon. However, DeepMind’s lacklustre quarterly reports is definitely a body blow for Google. And this will sting.

Thinking Beyond Flourish Or Perish

Last month saw OpenAI, a not for profit venture, taking a detour when it joined hands with Microsoft. This unanticipated move made significant noise in the AI community. The motives of OpenAI were questioned. Some part of this scepticism owes in part to the fear about the tech (OpenGPT) that OpenAI holds.

Many people in the AI community are confused by OpenAI's pivot from non-profit to for-profit, its cult-like, beyond-parody PR about "capturing the lightcone of all future value in the universe", and its billion-dollar partnership with Azure… https://t.co/F6un60jlc5

The piling debt of DeepMind and OpenAI’s effort to stand tall on the shoulders of another tech giant exposes the growing need for these ventures to have a financial cushion to fall back.

There is no dearth of either talent or funds in the case of DeepMind and it will do fine under the leadership of Demis Hassabis. This, however, will make the next wave of AI for social good ventures to think twice and so will the investors, before launching themselves.

Governments, in the past, have shown that they can afford to pay for the folly of the few. Financial institutions did get bailouts in the aftermath of the 2008 crisis. So, the question here is, should novel ideas and innovations which grew into promising ventures be reduced to numerical figures on a balance sheet or can the Governments intervene to accommodate the risk-takers who are determined to make this place better?

Applied AI itself is in its infancy and not to forget the large voids to be filled in interdisciplinary research. For advanced research fields to flourish, there is a need for a provision (financial) to mitigate the fear of fizzling out.

“From climate change to the need for radically improved healthcare, too many problems suffer from painfully slow progress, their complexity overwhelming our ability to find solutions. With AI as a multiplier for human ingenuity, those solutions will come into reach. As in all long-term research efforts, there are many hurdles ahead, but our team of renowned scientists and engineers is making exciting progress,” reads DeepMind’s mission objective.