At Davos 2023, Tech Leaders Debate the Future of Generative AI

CEO calls Generative AI the "Junior Coder", while Qualcomm projected that connected-internet glasses would replace smartphones in the coming decade

Generative AI was one of the hot topics of the World Economic Forum’s (WEF) Annual Meeting at Davos, where ChatGPT became the ‘goblin word’ of the conference. Even in the shivering cold of  -7°C, tech representatives could not stop hyping the immense potential of AI advancements in every field.

The origins of generative AI were with the advent of GANs. In an exclusive interaction with AIM, AI stalwart Bengio raved about the distance that generative models had come since their emergence in 2014. On the recent advancements made by text-to-image generators like OpenAI’s DALL.E and StabilityAI’s Stable Diffusion, Bengio stated, “One of the things that impressed me the most is the progress in generative models.”

Read more: What Excites Yoshua Bengio about the Future of Generative AI

At the Davos conference, Microsoft CEO Satya Nadella discussed the stir ChatGPT, the intelligent chatbot from OpenAI, has generated. He said that Microsoft intends to open up access to its cloud-based Azure OpenAI service so that anyone may use its AI tools for business and that customers can access ChatGPT through Azure. Furthermore, he stated that the ChatGPT API would be released soon.

Although Nadella acknowledged that generative AI advancements could be potentially dangerous, he also said they could help resolve problems rather than create new ones.

Another AI stalwart, Meta AI chief Yan LeCun told AIM that data systems are entertaining but not really useful. “To be useful, they have to make sense of real problems for people, help them in their daily lives as if they were traditional assistants completely out of reach,” he added, painting the real picture.

Talking about ChatGPT, LeCun added that many individuals are working on language models using slightly different methods. He said there are three to four companies producing GPT-X-like models. “But, they [OpenAI] have been able to deploy their systems in such a way that they have a data flywheel. So, the more feedback they have, the more the feedback they get from the system, and later adjust it to produce better outputs,” he explained.

Matthew Prince, chief executive officer of Cybersecurity company Cloudflare, stated that generative AI could serve as a “really good thought partner” or a junior coder. He said Cloudflare was writing code on its “Workers” platform using such tech. Cloudflare is also looking into how such technology could help its free-tier clients get answers to questions more quickly.

According to Alex Karp, CEO of Palantir Technologies, which develops software that helps governments track the movements of armies and businesses examine their supply networks, among other things, such AI might be used in the military. “The idea that an autonomous thing could generate results is useful for war,” Karp stated. However, he added that the nation with the fastest AI development would “define the law of the land,” and it is important to consider how technology will affect any war with China.

In other topics, CEO Cristiano Amon of chip maker Qualcomm said that internet-connected glasses are set to make a dramatic comeback.

According to him, connected glasses will eventually replace smartphones as the go-to computer for daily chores as computing grows and the metaverse becomes more pervasive in daily life. Although there are currently connected glasses on the market, the technology has yet to become widely adopted. A notable setback is the Google Glass technology. “The whole tech trend is the merging of digital and physical spaces; within the decade, it’s going to be as big as phones,” he said. However, Amon predicted that the metaverse’s speed would make the technology more resilient this time.

The World Economic Forum’s (WEF) Annual Meeting has started in Davos, Switzerland, with the central theme “Cooperation in a Fragmented World”. The conference is scheduled from January 16th to January 20th, 2023. 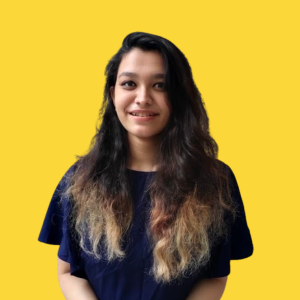