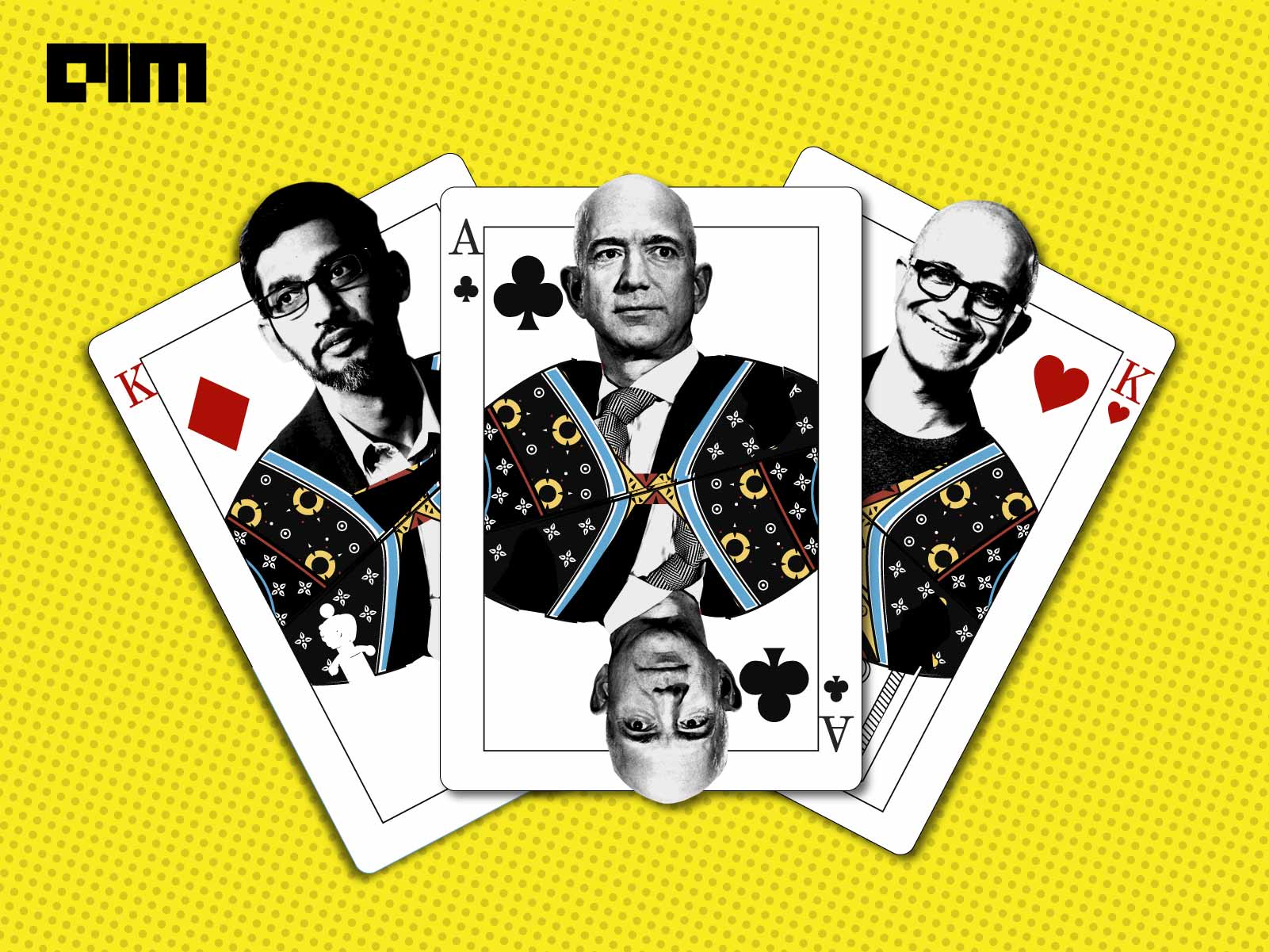 “What we build is driven by what you tell matters to you. And even if you can’t articulate a feature, we try to read between the lines, understand what you are trying to build and invent on your behalf.”

It has been nearly a decade and a half since the world was introduced to Amazon Web Services and today it has grown into one of the most successful cloud infrastructure companies on the planet, occupying more than 30% of the market. AWS has slowly risen to become a key driver of Amazon’s large gains. For instance, AWS posted $11.6 billion in sales in the last quarter, up 29% from a year earlier.

Even Gartner, in their latest survey, named AWS as the leader, for the 10th straight time.

Making A Case For AWS For The Coming Decade

Amazon has revolutionised the way companies deal with their big data chores. Their success stimulated cloud markets and opened up to other players like Microsoft’s Azure and Google’s Cloud Platform. AWS one-upped their rivals almost every year by releasing new features such as customised machine learning tools and in-house chips.

Not that Google or Microsoft do not possess any of these features but AWS’ first mover’s advantage combined with a strong portfolio of customers that include media behemoths like Netflix, keeps them afloat regardless of the rising competition. “When you look at an unmatched array of instances that you have in AWS coupled with the relentless innovation in chips, virtualisation layer and compute platform, you are now getting reinvented instances every few months, instead of every few years,” said Andy Jassy at a conference recently.

Let’s take a look at few of the most interesting AWS announcements in this year alone that hints at the company’s bright future:

And, in another attempt to democratise data science, in June, Amazon introduced Honeycode. With Honeycode, users can develop web and mobile applications without writing code.

On the other hand, Kubernetes is also now leveraged with AWS. CEO, Andy Jassy has also announced, ECS Anywhere and EKS Anywhere — container-services offered by the company, where the customers can use popular tools like open-sourcing EKS.

The ever increasing ML tool stack at AWS is a testimony to the fact that the company is betting big on a future where ML as a service, will overtake other services.

Majority of the data centres across the world widely adopt the integrated solutions provided by companies like NVIDIA, or Intel. AWS’ decision to install its own hardware resonated with that of Apple when the smartphone maker announced their separation from Intel. ML applications are also improving and increasing, and to process these, one has to have decent processors. For example, Amazon’s Alexa services draw in tens of millions of customers every month. AWS claims that there are more than 100 million devices connected to Alexa and the resulting ML workloads are usually heavy. To handle this, AWS has announced that they are migrating these workloads with their own Inferentia chips.

Last week, AWS announced yet another custom ML chip — AWS Trainium, which according to the company, provides the best price-performance for training machine learning models in the cloud. It offers the highest performance with the most teraflops (TFLOPS) of computing power for ML in the cloud. The Trainium chip is optimised explicitly for deep learning training workloads for applications including image classification, semantic search, translation, voice recognition, natural language processing and recommendation engines. AWS Trainium shares the same AWS Neuron SDK as AWS Inferentia, making it easy for developers using Inferentia to get started with Trainium.

Amazon has also recently announced that it is expanding its services to include a second infrastructure region in India by mid-2022. The company believes that the new AWS Asia Pacific (Hyderabad) region aims to assist developers, startups, and enterprises as well as the government to run their applications and serve end-users from data centres located in India.

AWS investment interests in India dates back to June 27, 2016, when the first region was opened in Mumbai. Today, AWS has expanded its services through edge locations in Bangalore, Chennai, Hyderabad, Mumbai, New Delhi, and Kolkata.

AWS also has its own academy whose aim is to upskill local developers, students, and the next generation of IT leaders in India. According to the company, AWS Academy provides a free ready-to-teach cloud computing curriculum that prepares students to pursue industry-recognised certifications and in-demand cloud jobs.

Resonating with AWS’ initiatives such as AWS Academy, Amazon has also announced that they would be training 29 million-strong workforce to work for them by 2025. Amazon will train people across the globe in AWS and will also be partnering with non-profit organisations, schools and others.

Machine learning, silicon and Asian markets have become the cornerstones for the success of modern-day big tech companies, and AWS has all the ingredients in the right proportion to position itself to reign supreme not just for 2021 but probably the next decade as well!