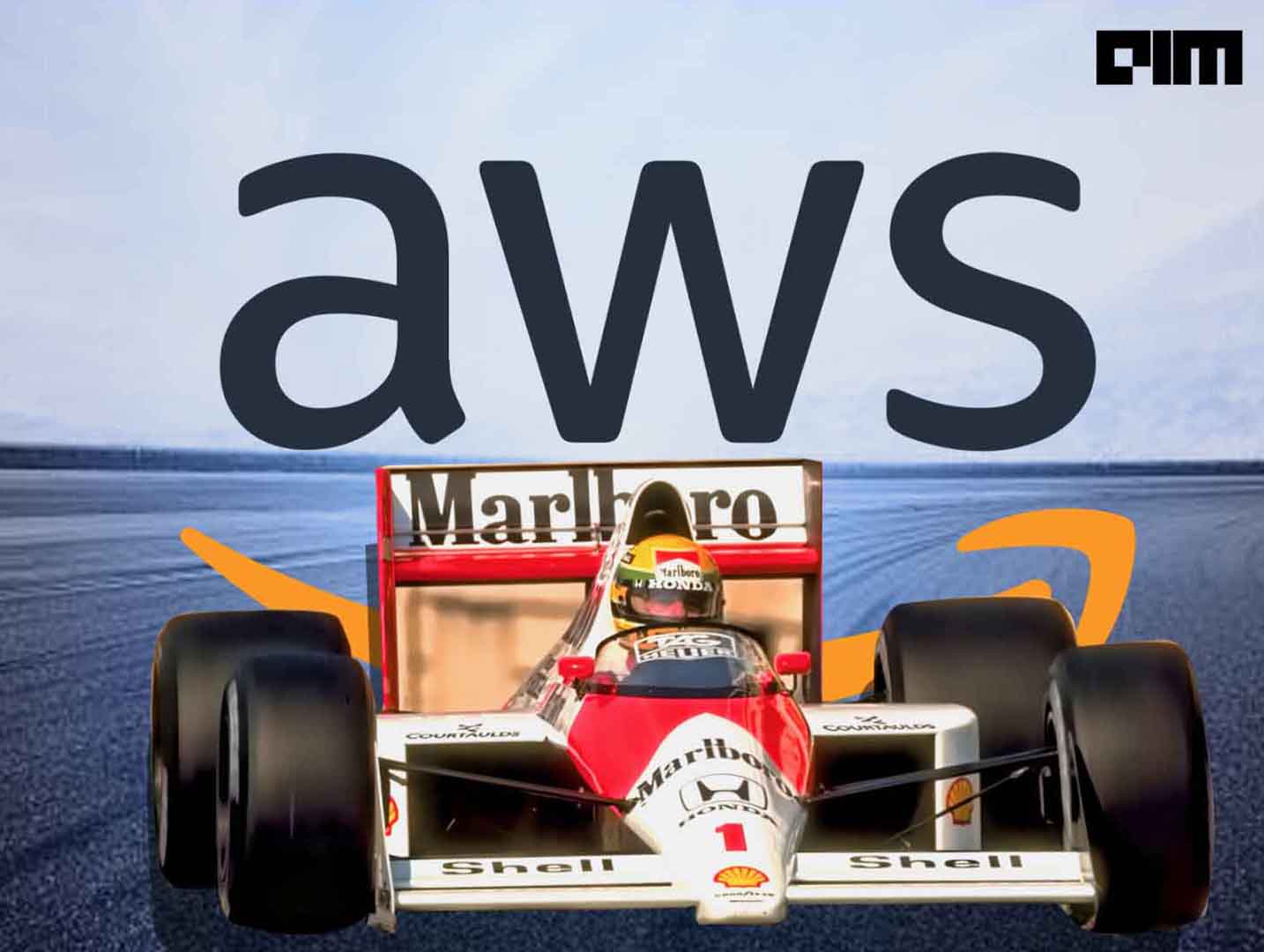 “F1 and Amazon Machine Learning Solutions Lab took a full year to build the algorithm that led to the fastest driver.”

Formula 1 has been working with Amazon Web Services (AWS) to rank their racers. After a year of algorithmic heavy lifting, the results are out now. Ayrton Senna, the three-time world champion from Brazil came out on top, followed by the seven-time champion, Michael Schumacher with a time differential of +0.114 second. Whereas current World Champion Lewis Hamilton featured at 3rd position with a relative time of +0.275 seconds.

F1 is a brutal sport. The room for error at the top is almost non-existent. So, how and why was machine learning leveraged by F1 analysts?

Senna Or Schumacher? How Do We Know

The data consisted of timesheets from every qualifying session since 1983. The outliers were ditched, and the data was normalised to create a complex network of drivers’ performance relative to their teammates.

These teammates, wrote the team at F1, to be considered, should have completed at least five qualifying sessions against each other. Attributes such as age were also considered along with the comebacks of few drivers after a break. Drivers who dominated their teammates or did well against strong performers were given a higher ranking.

While these results did not go well with the F1 fans in popular forums, F1’s director of data systems Smedley is certain about the methods they have incorporated in generating the rankings.

“Qualifying speed is something that we can be really quite clear about,” said Smedley.” The Director of data systems touched upon the various nuances of modelling and how there is no ambiguity regarding the data points that they have considered. For instance, a qualifying lap is a single lap, where there are two racers in the same car doing a single lap. The driver who does better will end up with the better lap. “There’s not much ambiguity about that single data point,” added Smedley.

There Is More To AWS And F1 Collaboration

The unlikely collaboration between F1 and AWS came into light last year, with the launch of ‘F1 Insights powered by AWS’, a series of graphics that educate the viewers with data analytics.

According to the team behind this initiative, these graphics gave key and unseen insights into the inner workings of Formula 1 and brought them out into full public view for the first time.

These latest F1 Insights graphics take into account cornering performance, straight-line performance and car balance or handling — the key aspects teams, work to improve — and demonstrate them to the public with great visuals. So, these cloud-based machine learning algorithms not only help the analysts in the pit but also offer an enriched experience to those watching at home.

The fans get to understand the microscopic details that come into play at dizzy speeds. The graphics utilise car telemetry, timing data and all the other data input feeds to demonstrate inner team workings to the viewers. The historical data is fed to Amazon SageMaker complex machine learning algorithms, and race strategies and outcomes are predicted with increasing accuracy. These models were used even to predict future scenarios using refreshed real-time data as Grand Prix races unfold.

“As drivers are more often than not the most expensive asset of the team, it is important that the selection process is as robust as possible,” said Smedley.

Tutorial On Keras Tokenizer For Text Classification in NLP