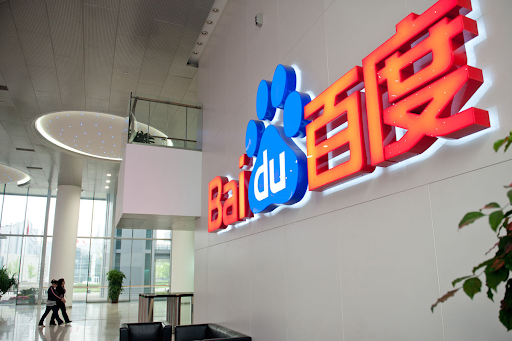 Baidu has come out on top as the leading artificial intelligence patent application leader eclipsing the likes of Tencent and Huawei. Reportedly, Baidu is also leading in the highly competitive area of intelligent driving, with 1,237 patent applications.

After years of research, Baidu has developed a comprehensive AI ecosystem and is now at the forefront of the global AI industry.

“Baidu retained the top spot for AI patent applications in China because of our continuous research and investment in developing AI, as well as our strategic focus on patents.” -Victor Liang, VP, Baidu

Baidu’s patents cover a wide variety of domains that include

While Baidu topped the charts in China, its R&D centre in the US also had applied for patents in the US patent office.

Especially in the speech recognition domain, Baidu has its eyes locked on audio synthesis using CNN.

In this patent US20190355347A1 for a computer-implemented method for training a neural network model for spectrogram inversion comprising titled ‘Spectrogram to waveform synthesis using convolutional networks’, it lists the following:

There is a clear mention of using the convolutional neural networks and since CNNs is the lifeblood of many modern-day ML applications, any claim even on a minor part can hurt in the long run.

Perils Of A Patent Race

The year 2019 witnessed a sudden growth of interest to own algorithms. So far, Google got a bad rap for going after batch normalisation, a widely used technique in deep learning. Even if the intentions are to safeguard the research from falling to pseudo players, this whole ordeal is a slippery slope where the owners can leverage the smaller firms using advanced technology.

In the case of Baidu, too, there is a danger of losing ownership to many audio processing applications. Baidu is a Chinese company who has contributed to the growing fears amongst the ML community. Its AI vision was fortified with projects like Apollo, an open source autonomous driving platform along with other intelligent driving innovations.

China has allegedly been involved in many intellectual property thefts from US companies. So, when Baidu’s foreign division, applies for a patent, one cannot help but think about the consequences of handing over the ownership to China continued to be the world’s leading source of counterfeit goods, reflecting its failure to take decisive action to curb the widespread manufacture, domestic scale, and export of counterfeit goods.

The most important thing any country can do in the current era is protect its trade secrets. Even though Google has also been accused of patent race, adding China to the Baidu equations changes everything.

The Chinese have a system that encourages transaction of intellectual property allowing every common guy to access cutting edge technology. How big does one get is a whole new argument. However, the widespread opening of overseas branches of the US companies in China, made IP transfer a bit reckless. This no doubt would have come as a shocker for the owners as there is a danger for new competitors to sprout using the stolen technology leading to billions dollars loss.

This is a serious issue since China has been consistently notorious overseas when it comes to IP theft. Here are a few that got the spotlight as listed by Jeff Ferry, CPA Research Director:

Apart from this, Huawei has also been accused of stealing the patented smartphone camera technologies a couple of months ago.

The biggest concern for the developers regarding patenting can be distilled down to two words — infinite leverage.

They fear that the aspirants will either be squeezed midway or get discouraged altogether from accessing state of the art technology, which again would lead to outcomes like the much dreaded AI winter.