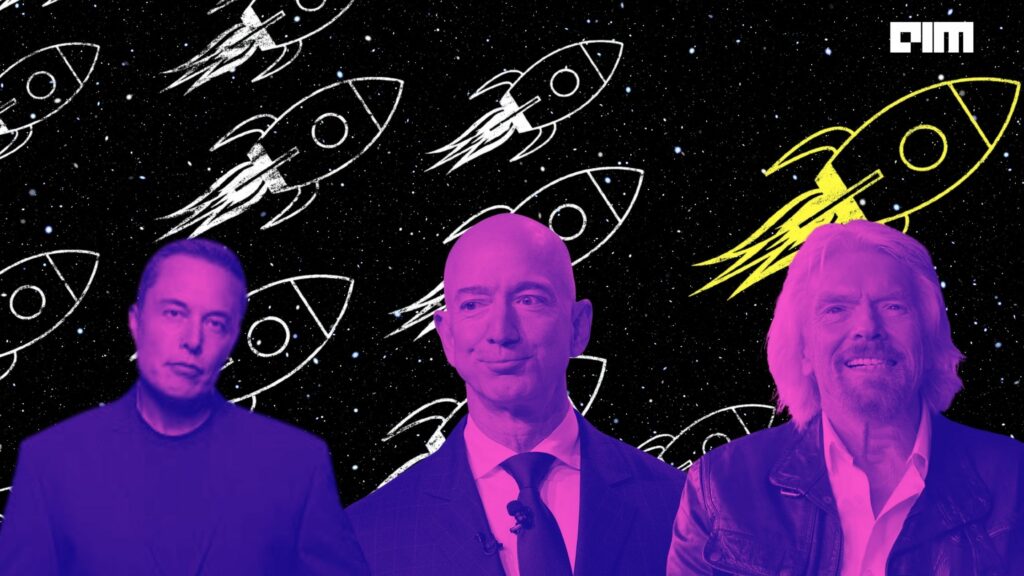 Undoubtedly, the billionaire space race makes for an interesting spectacle, an extravagant show ushering in an era of universal space flight led by private firms. The first stirrings of space exploration can be traced back to the beginning of the Cold War. In the 1950s, the US and the USSR worked feverishly to develop nuclear weapons and intercontinental ballistic missiles (ICBMs). The results of bitter rivalry manifested in advancements in rocket technology and shaped the early charters to terra incognita.

The Soviet Union sent the first human being to space in 1961, and the first artificial satellite started orbiting the earth in 1967. The competition hit a fever pitch with the first moon landings- when Neil Armstrong made the small step in 1969. The world has benefited from the “spinoff” technologies of the modern space race. For example, the global positioning systems (GPS) was originally developed for navigation and weapon targeting by the US military. Now, it’s helping individuals and companies navigate their respective worlds.

Space exploration used to be the prerogative of governments — pushing the species to the uncharted territories. Meanwhile, Richard Branson’s latest flight is for his leisure only.

Private tech enterprises are not accountable, yet space activities affect everyone. Rocket launches spew copious amounts of black carbon (soot) and CO2 into the atmosphere. The higher the spacecraft flies, the more fuel it takes up. The Virgin Galactic Shuttle consumed almost 720,000 kilograms of liquid fuel and 500,000 kilograms of solid rocket fuel. Despite repeated green pledges, Amazon’s carbon footprint rose by 15% in 2020. Fossil fuel emissions for Amazon stood at 18% in 2019 and continue to rise.

From an ecological perspective,  space tourism comes at a huge expense. The international space law is ill-equipped to deal with the meteoric rise of commercial space enterprise. The Outer Space Treaty (to which India is a signatory) has come up with a basic set of principles for space activity; unfortunately, it has no hold over private entities.

The commercialisation of space isn’t just about sending the elite on space vacations. Though the tech elites dominate the field, hundreds of space startups have mushroomed across the globe focusing on everything from satellite tech to manufacturing and launching.

The space industry market cap stands at $350 billion and is predicted to cross the trillion dollar milestone by 2040. The democratisation of the space industry coupled with advances in high power computing has enabled satellite builders to cut down on satellite size & weight, manufacturing and launch costs. Private launch capabilities are making commercial space a viable domain. SpaceX Falcon 9 rocket has reduced costs per kilogramme by 85% with partial reusability.

Spacefaring has become profitable and runs the risk of turning outer space into satellite junkyards. The Union of Concerned Scientists Satellite database has listed more than 4,084 operational satellites currently orbiting the Earth. In 2010, this number was less than a thousand. In the distant future, this problem can extend to the lunar surface and the asteroid belt (the current count stands at 34,000 pieces space junk bigger than 10 centimetres in size and millions of smaller pieces).

SpaceX is also planning to deploy up to 12,000 desk-sized satellites by 2027. The company is angling to capture 5 per cent or $50 billion of the trillion-dollar telecommunications industry. And, In the last few months, SpaceX has put 960 Starlink satellites in low Earth orbit.

Revenue of the global satellite industry from 2006 to 2020: Source: Statista

Branson described himself as Astronaut 001 and described his mission as “evaluating customer spaceflight experience”.

With tech elites serving as role models, an increasing number of entrepreneurs are joining the race to create cheap and commercialised space travel. Amazon’s Jeff Bezos has channelised huge resources to help Blue Origin drive down the cost of space travel by building reusable rockets. Blue Origin is now securing government contracts and national security certifications and also building rockets for the US Air Force.

Both Blue Origin and SpaceX aim to explore habitation possibilities on the moon and the red planet. Immense efforts are made to escape the bonds of Earth’s gravity–to make human life multi-planetary. Whatever the tech elites may wish to prove, the goal for the private sector anyway is to get satellites, people and cargo to space in cheaper and quicker ways.