Using these Python NLP libraries will enable one to build end-to-end solutions; from getting data for models to presenting the results. 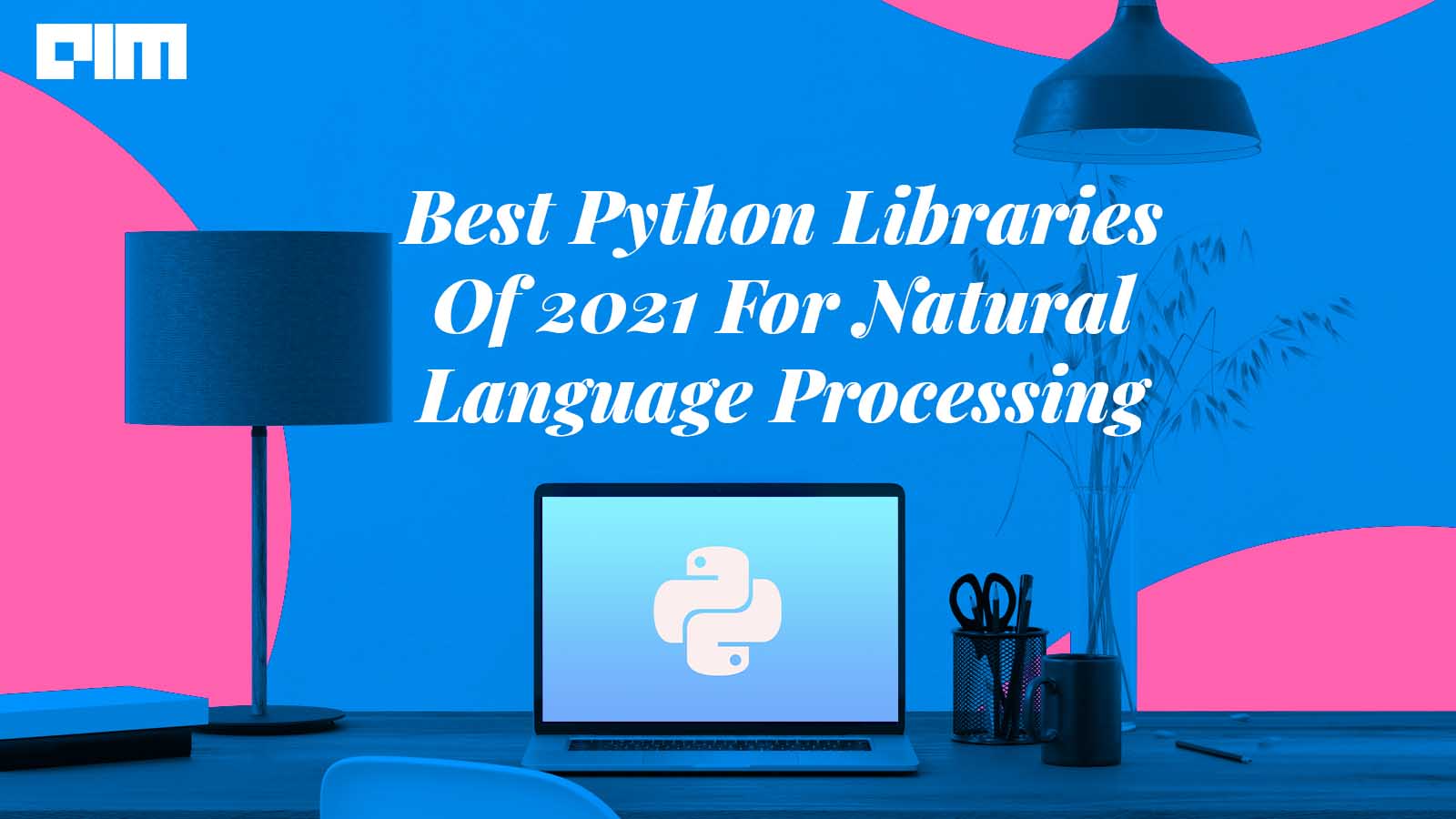 Natural Language Processing (NLP), a tech wizard, is the part of data science that teaches computers to comprehend human languages. It involves the analysis of data to extract meaningful insights. Of its many uses, the main ones include text mining, text classification, text and sentiment analysis, and speech generation and recognition.

Today, we explore seven top Python NLP libraries. Using these libraries will enable one to build end-to-end NLP solutions — from getting data for one’s model to presenting the results. Additionally, one will learn about related concepts such as tokenisation, stemming, semantic reasoning and more.

Natural Language Toolkit or NLTK is one of the most popular platforms to build Python programmes. It offers a suite of open source Python modules, tutorials and data sets to support the research and development of NLP. More than 50 corpora and lexical resources are recipients of interfaces from NLTK. These include:

It is suitable for all kinds of programmers– students, educators, engineers, researchers, and industry professionals. NLTK can be accessed in Python version 3.6 and above and is available for Windows, Linux, Mac OS X and Linux.

Read more about the compatibility and features of NLTK here.

spaCy is built for advanced NLP in Python and Cython. The commercial open-source software was released under MIT license and supports custom models in PyTorch and TensorFlow.

spaCy supports more than 60 languages and has trained pipelines for different languages and tasks. Its features include components for:

As the team behind spaCy says themselves, it has created an awesome ecosystem. Read more about its fast execution functionality here.

PyNLPl Python library for NLP contains modules for both standard and less common NLP tasks. Its use case ranges from basic functions like extracting n-grams and frequency lists to building simple language models. In addition, PyNLPl comes with an entire library for working with FoLiA XML.

While CoreNLP is written in Java, it offers a programming interface for Python. It enables users to derive linguistic annotations for text– including token, sentence boundaries, name entities, numeric and time values, parts of speech, coreference, sentiment, and quote attributions.

It consolidates Stanford’s NLP tools including:

Its features include sentiment analysis, parsing, n-grams, and WordNet integration, among others. Stanford CoreNLP works on macOS, Windows and Linux.

Supporting six languages, it is a one-stop destination for natural language processing with Java. Read more about its features here.

However, Scikit-learn does not provide neural networks for text processing.

To deep dive into its built, accessibility and contextual use, read more here.

Pattern is very popular among students for its simple and straightforward syntax. In addition, it is easy to understand and comes to the use of web developers who need to work with text data.

Powered by NLTK, Textblob is an open-source NLP library in Python (Python 2 and 3). It provides API for part-of-speech tagging, noun phrase extraction, sentiment analysis, classification, and translation. Moreover, its objects can be treated as strings in Python and can be trained in NLP.

Due to its lightweight nature, many data scientists use Textblob for prototyping.

While most of these libraries seem to perform similar natural language processing tasks, the functionality, approach and applications are unique from each other. The choice of the NLP library essentially depends on the problem at hand. If you are interested in exploring NLP projects, make sure to check open-source projects with the most stars on GitHub.