“What we’re doing is the first step of something big. Big things start small,” Bezos said. 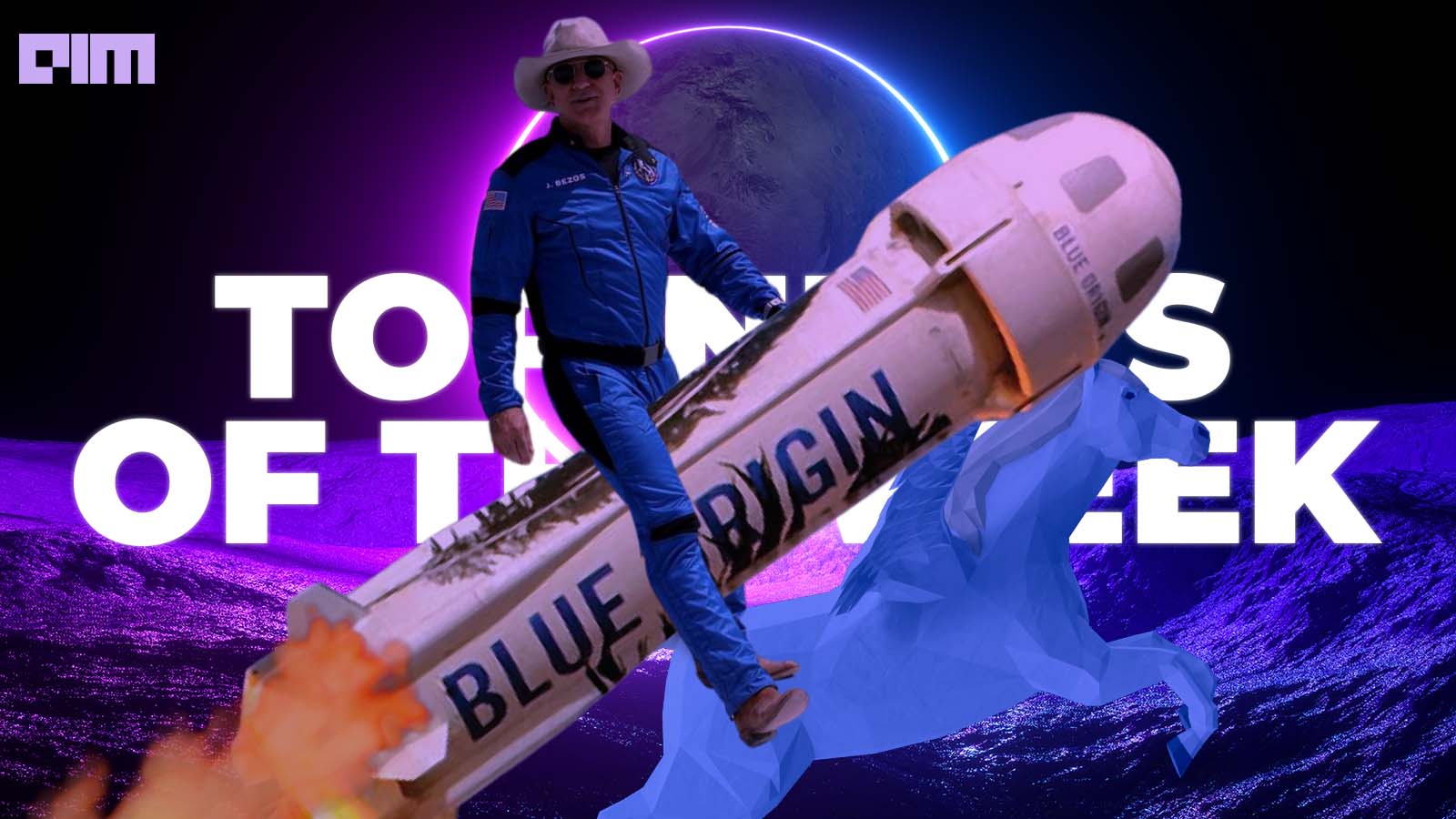 On Tuesday, Jeff Bezos and three passengers reached the edge of space and safely returned Tuesday morning after a flight of just over 10 minutes that the billionaire businessman hopes will kick-start an expansive new era for human space travel. “What we’re doing is the first step of something big. Big things start small,” Bezos said. Tuesday’s space flight was Blue Origin’s first with passengers on board. Bezos was accompanied by his brother Mark,  a 82-year-old aviator Wally Funk and 18-year-old student Oliver Daemen.

Founded 2000, Blue Origin currently employs more than 3,500 people spread over Florida, California and other locations. Blue Origin and Virgin Galactic have been applauded for successfully launching sort of world’s first commercial astronauts. But, looks like those laurels have to wait for a while.The Federal Aviation Administration (FAA) spoiled the party by releasing new rules on the day of Bezos’ historic flight.  According to the new rules, to qualify as commercial astronauts, space-goers must travel 50 miles (80km) above the Earth’s surface and must have “demonstrated activities during flight that were essential to public safety, or contributed to human space flight safety”.

Alphabet’s Moonshot Factory “X” has launched a new robotics company, Intrinsic, which develops software and AI tools that use sensor data from a robot’s environment to learn from, and quickly adapt to the real world. The team at Intrinsic features a diverse group of talent from robotics, film production, design, computer perception, and mechanical design.

Founded in 2010 by Google founders Larry Page and Sergey Brin, “X” was established with the goal to work on moonshots: far-out, sci-fi sounding technologies that could one day make the world a radically better place. So far, X has incubated hundreds of different moonshot projects in fields ranging from computational agriculture to cybersecurity; from seawater fuel to machine learning and more.

On Friday, NASA announced that it has awarded a new contract to Elon Musk’s SpaceX to provide launch services for Earth’s first mission to conduct detailed investigations of Jupiter’s moon Europa. The Europa Clipper mission, which will launch in October 2024 will use SpaceX’s Falcon Heavy rocket. The total contract award amount for launch services is approximately $178 million.

“Europa Clipper will conduct a detailed survey of Europa and use a sophisticated suite of science instruments to investigate whether the icy moon has conditions suitable for life. Key mission objectives are to produce high-resolution images of Europa’s surface, determine its composition, look for signs of recent or ongoing geological activity, measure the thickness of the moon’s icy shell, search for subsurface lakes, and determine the depth and salinity of Europa’s ocean,” said NASA in a statement.

Right To Repair Gets Real

On Wednesday, the Federal Trade Commission voted to enforce laws around the Right to Repair, thereby ensuring that US consumers will be able to repair their own electronic and automotive devices. Right to repair initiatives would require the smartphone, laptops and other device makers to append their products with a ‘how to repair’ manual to assist their customers. And would establish more transparency with regards to green initiatives and also restrict the makers from resorting to ‘planned obsolescence’. This resolution might also encourage responsible marketing and advertising.

At the 2021 International Conference on Machine Learning (ICML), DARPA, IBM, MIT and Harvard released a new dataset for benchmarking AI intuition, along with two machine learning models representing different approaches to the problem. According to the researchers, this work aims to accelerate the development of AI that exhibits common sense. These tools rely on testing techniques that psychologists use to study the behavior of infants and is an extension of neuro-symbolic AI research, which combines the logic of symbolic AI algorithms with the deep learning capabilities found in neural networks.

Steve Jobs is out there challenging the status quo yet again. Jobs’ job application is being auctioned and this is the first time an item is available both in physical as well as NFT format for auction. Dated 1973, this artifact will go out in only one form either physical or digital based on the highest bidder and their choice of format. Ever since its introduction, NFTs(non-fungible tokens) have been a rage, fetching as high as $60 million for artwork. But, in the case of Jobs’ application, the interest for physical format has surpassed the NFT cult by a huge margin. The auction, which is going to end in four days time, is a key litmus test for the future of decentralised collectibles.

Uber Spares A Bomb For Logistics

Uber’s trucking division, Freight, has spent $2.25 billion to acquire Transpalce, a company that makes shipping software. According to reports, Uber Freight will acquire Transplace from TPG Capital, the private equity platform of alternative asset firm TPG that acquired Transplace in 2017. Uber has recently shut down its AI research labs and currently focussing on investing in talent houses that can boost its freight economy.