Bhuvan or MapMyIndia, Which is the Best Indian Mapping App?

Google Maps is arguably the best map provider application in the world but there are competitors from India that might be better than the best. 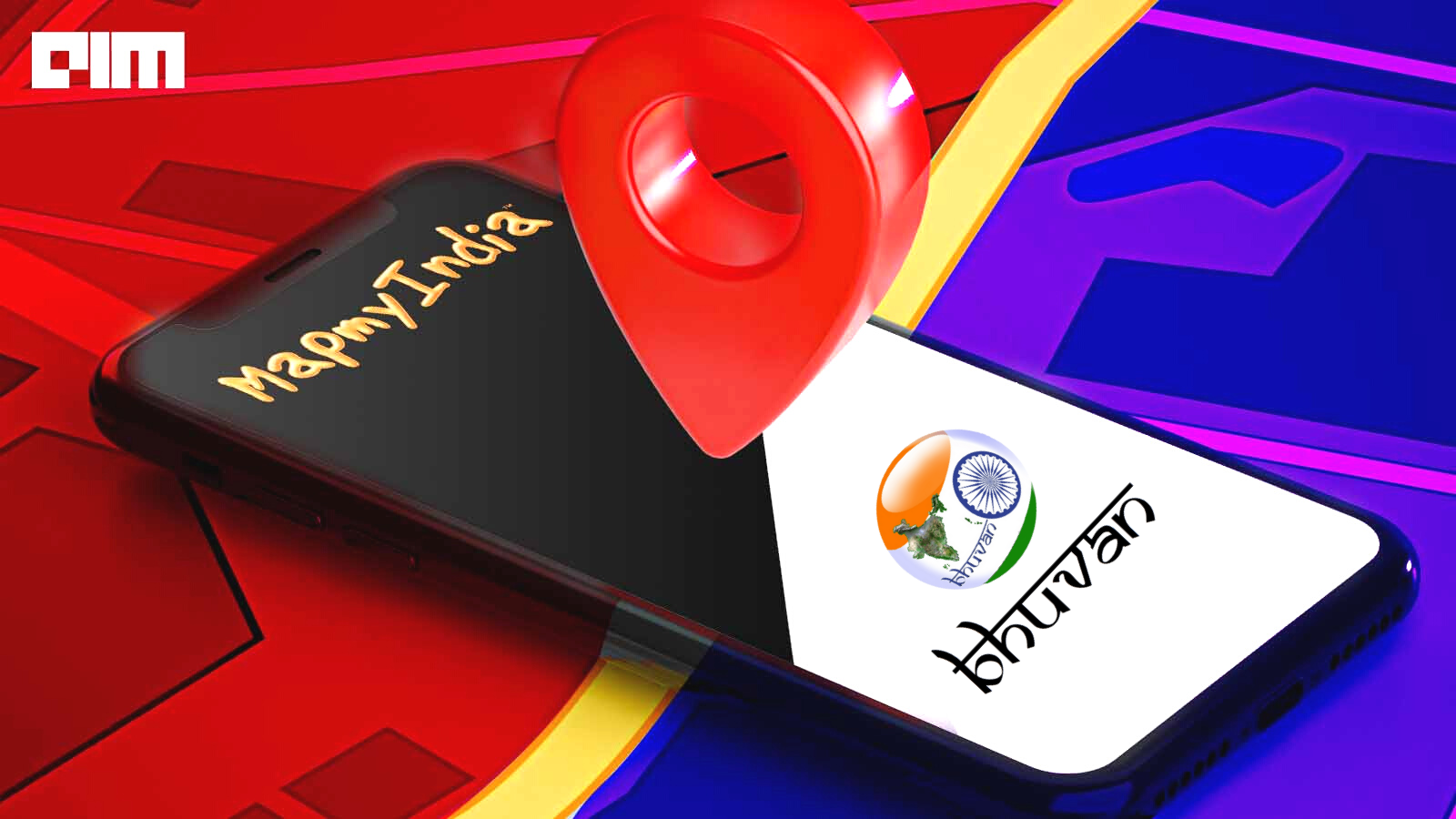 Owing to the extensive database that it has amassed over the years, Google Maps is able to provide accurate location, traffic, and weather information. Additionally, the app offers capabilities like street view and 3D maps.

However, one private company from India can be considered a fair competitor to Google Maps—‘MapMyIndia’, which claims to be the top participant in the B2B market in India. It has several distinctive elements, such as a metaverse 3D map and sporadic campaigns like Har Ghar Tiranga. Although ISRO’s ‘Bhuvan’ has access to a much larger data source, the web portal has not yet been established on an industry-wide scale. Although both programmes were created to cater to distinct audiences, they both have a number of features that make them viable contenders to replace Google Maps in India.

MapMyIndia has established a collection of over two crore data points over the last 30 years, including navigation systems, telematics, and 3D data visualisations.

It claims to have mapped more than 10.77 million different sites (Points of Interest), covered more than 2.20 million kilometres of road, 7,268 cities at the street level along with house address level data for 94 cities, and 5.79 lakh villages.

In addition, MapMyIndia, much like Google Maps, includes features like toll and trip cost calculation, weather and air quality index, traffic congestion, 3D and 2D maps, realview (like street view), and more. However, what sets it apart from Google Maps is its exclusive selection under ‘Earth Observation Data’.

For example, using the Nasa Sensor VIIRS, the map can compare the difference in nightlights emitting from the earth’s surface over a period of time. Further, using the data from ISRO’s Bhuvan and other platforms, MapMyIndia can also provide information regarding Rabi & Kharif crop cover under the land use & land cover tab.

Apart from that, MapMyIndia claims to have a unique feature for its B2B customers, which it claims not even Google Maps have introduced—which is a 3D Metaverse map.

The company asserts that the Metaverse map will include high-resolution road surfaces, lane level geometries, junctions and intersections, traffic signs, obstructions, and other essential elements at a high degree of detail required for accurate AV simulations.

In contrast, ISRO’s Bhuvan has several portals that have a sizable library of Indian and foreign satellite data that has been gathered over a long period of time. Majorly, the platform provides two free services: NDEM (National Database for Emergency Management) and Bhuvan.

Bhuvan is an ISRO alternative to Google Maps that offers a lot more functionality. Even though the website lacks the fluidity that MapMyIndia offers, it holds a vast amount of data that not even Google Maps has access to, since it is supported by ISRO. MapMyIndia also uses data from ISRO.

ISRO encompasses features such as 2D and 3D maps, a light version of the map, and climate and environmental data in the Bhuvan application (from where MapMyIndia also borrows it). The portal also provides services including those related to mathematics, the ocean, crisis management, and even allows users to make their own maps. In addition, the portal provides features like Panorama, Rediff Maps, Cadastral Boundaries, Settlement Locations, Hydrological Boundary, Waterbodies, HR data, and data upto 2.5m.

The extensive database assists authorities in developing a decision support system by allowing them to design their own customised user interface with security elements as needed.

In addition, Pataa, a notable company in the geolocation market, describes itself as an address provider. ‘Square Codes’, created by Pataa developers, are 3-by-3-metre square blocks that are geotagged and serve as a map of the planet. Users may share these geotagged blocks on any platform since they function like individual addresses. When compared to Google Maps (10~30 metre), Pataa claims that their application can give location accuracy of up to 3 metres.