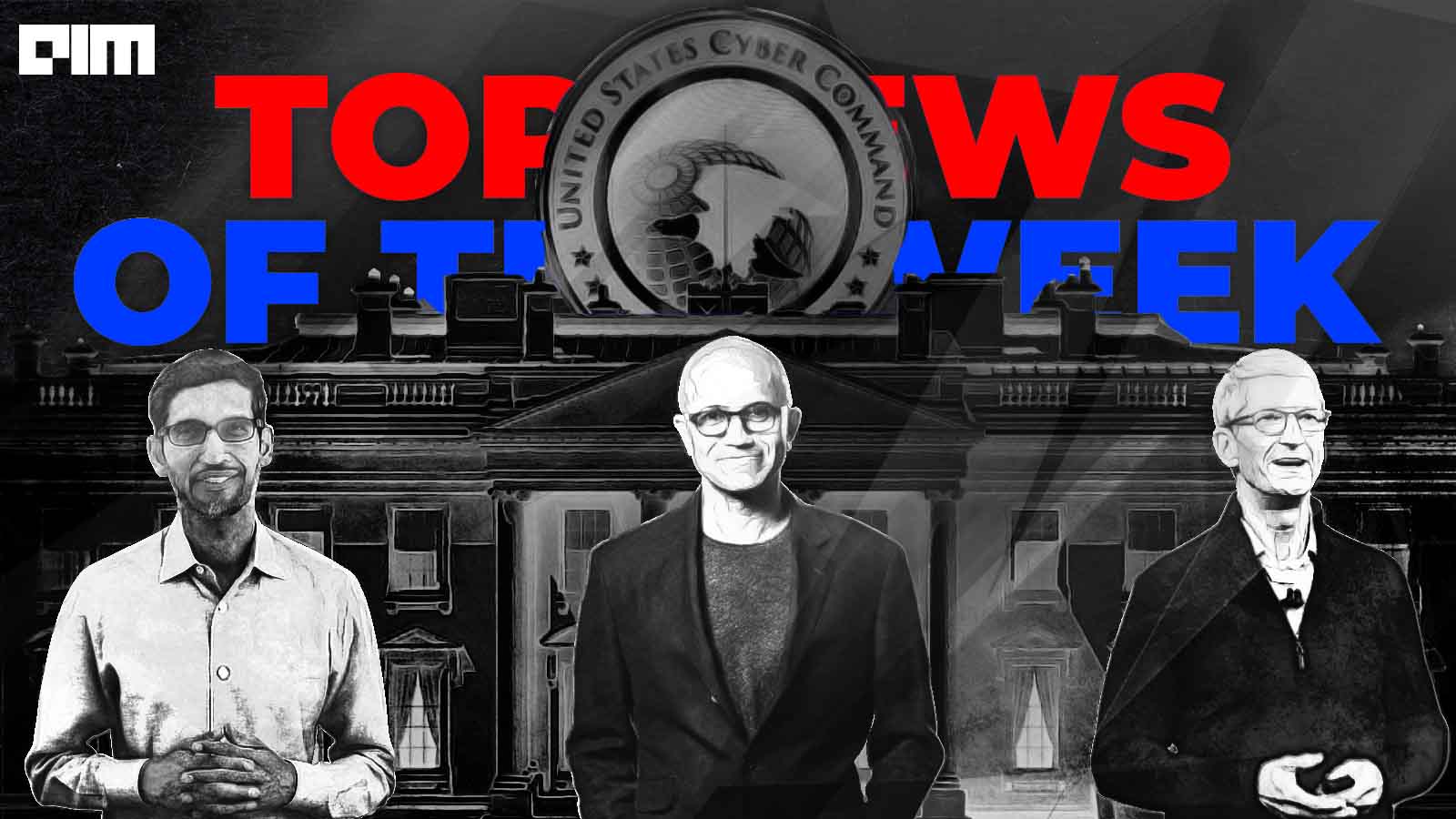 On Wednesday, the United States President Biden met with private sector and education leaders to discuss the whole-of-nation effort needed to address cybersecurity threats. The Big Tech promised to support Biden’s initiatives in their own way.  Apple would be creating a program devoted to making security improvements across their technology supply chains, which will include working with suppliers to adopt multifactor authentication and security training.

Google will be spending more than $10 billion over a period of five years to strengthen cybersecurity and pledged to train 100,000 Americans in technical fields such as IT support and data analytics through its Career Certificate program. Google’s financial commitment will be used to strengthen the software supply chain and open-source security, among other things.

Whereas, Microsoft committed $20 billion over five years to deliver more advanced security tools. The big tech back up is a response to the government’s efforts to fortify the cyber space which has come under a myriad of ransomware attacks in the recent past. The most notorious being the Solarwinds attacks which compromised websites of government agencies. The whole cybersecurity situation is being taken so seriously that the Biden Administration has even rallied G7 countries to hold accountable nations who harbor ransomware criminals and to update NATO cyber policy.

According to reports, China is making plans to ban companies with large amounts of sensitive consumer data from going public in the US. The new Chinese rules would prohibit large internet companies, which hold big data, from listing outside China. As per WSJ, companies with less sensitive data, such as those in the pharmaceutical industry, are still likely to receive Chinese regulatory approval for foreign listings. China’s crackdown of the internet companies is nothing new. Companies like Alibaba and Tencent are few of the big names that were part of the shake up recently.  Under the new rules, the Chinese internet companies would require a formal approval for overseas IPOs from a cross-ministry committee that would be set up in the coming months.

This week Google announced that it is dismantling its health division. This news comes after David Feinberg, who led Google’s healthcare efforts, left for a top job at Cerner, another healthcare tech company. According to reports, projects under Google Health will continue the same way even if the division dissolves. Google Health’s clinicians team will now report directly to Jeff Dean, SVP at Google AI. Whereas, the health AI group, focused on projects like medical imaging, will report to Yossi Matias, the vice president of search and AI. “Google Health  is no longer just a single team, but a significant company-wide effort that touches many of our products,” tweeted Dean.

Analysts at Morgan Stanley put a big dent in TSMC’s market cap. A report released by Morgan Stanley resulted in a $25 billion loss for the world’s largest chip maker. “We think TSMC can barely maintain its 50% gross margin in a semi up-cycle – let alone in a down-cycle, as we expect in 2022,” read the 83-page report. TSMC makes chips for almost all big companies including Apple. This report, according to Dylan Patel of SemiAnalysis, is consistent with “glaringly obvious mistakes” and the analysts were criticised for not even getting the facts straight, which could have been accomplished with a simple Google search!

NVIDIA AI Enterprise is now available from NVIDIA channel partners worldwide and the subscription licenses start at $2,000 per CPU socket for one year. Perpetual licenses are $3,595 and require additional support purchase. “Today is the beginning of a new chapter in the age of AI, as NVIDIA software brings its transformative power within reach for enterprises around the world that run their workloads on VMware with mainstream data center servers,”said Manuvir Das, head of Enterprise Computing at NVIDIA.

Renowned AI researcher Juergen Schmidhuber will be joining as the director of KAUST’s AI initiative. King Abdullah University of Science and Technology is a private university in Saudi which was founded in 2009. Dr.Schmidhuber who is known for co-inventing LSTMs has been one of the pioneers of the field for the past three decades. Currently, he is working towards achieving artificial general intelligence with the help of his team at NNAISENSE in Switzerland. Last year, the Crown Prince of Saudi Arabia unveiled the kingdom’s grand plan to prioritise AI by announcing investments upto $20 billion in the coming decade.