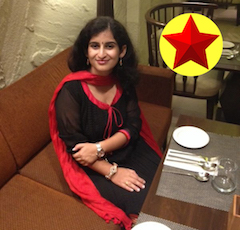 Nidhi Vishnoi is a part of the AIM Writers Programme.…

The decentralized system of Blockchain is being followed since 2008. However, it came into notice solely in 2009 when the world experienced an enormous financial crunch where people started building more trust in decentralized methodology against traditional banking.

To summarize the fundamentals, it is an online chain of interconnected blocks that store information accessible to each user connected within the loop. This information is made accessible to every user in the form of a ledger. This transparency and security assurance of Blockchain makes it stand out from the crowd. The virtual money employed in this system is known as cryptocurrency. Bitcoin has been the foremost commonly used cryptocurrency. To sum-up, Blockchain technology can basically be outlined as the method used for the dealings of cryptocurrencies.

Blockchain technology is a dynamic revolution in the world of digital transactions that is yet to ice at its best. Several banks in the Asian country have already adopted the system of Blockchain. Although Blockchain is assumed to be used solely within the Banking sectors, it’s not the actual case. If utilized aptly, it can create wonders in varied sectors like Education, Healthcare, vivid Government and public sectors and other zones where peer to peer or a chain of stages are included.

Blockchain was brought into the limelight by the digital learning sectors. The digital world has brought the ease of acquiring education among our comfort. Many e-learning organizations like Irizpro, Edureka, Intellipaat, Simplilearn, Udemy, have come up with certified online courses for Blockchain which can be attained within our ongoing schedule. The comprehensive course ensures to impart in-depth practical knowledge of Blockchain and is delivered through 12-14 hours of online training. Blockchain certification is accomplished purely after a methodical assessment.

What makes it unique and differ from the available technology?

The single universal ledger authenticated by every single user remains the USP of Blockchain which executes the operation much faster and minimizes the transaction cost incurred in banking. Reconciliation is easy as every transaction is authenticated by the users. It is protected by best available cryptography algorithms which make hacking impossible.

What is the future of Blockchain?

Today Blockchain is as the internet was in the early ’90s when nobody thought it embraced the potential to reform our lives. Similarly, Blockchain is an extremely powerful technology if utilized aptly. As of now, no other system in the industry can offer the transparency and security features provided by Blockchain technology. Banks have already started adopting the technology and in no time, we would see this method put in varied sectors of business.

Will online course be effective enough to pursue the complex system of Blockchain?

No doubt, the technology behind Blockchain is a bit complicated; but nothing is impossible because where there is a will, there is away. Not everyone can assign time from their busy schedule to attend the traditional classes to upskill themselves with the trending edifications. Online courses are the best method to upgrade yourselves with the trend. Most of them educate through LIVE virtual classes which hold the trainee connected to the trainer with continuous two-way communication. All queries can be solved right then and there during the class. The evaluation helps in self-assessment and also the team helps in practicing more on the less-known subjects.

What role can these courses play in career growth?

As mentioned, most of the banks have already adopted the system of Blockchain and are in search of the right talent to deploy their in-house projects. This course contains a broad scope for future prospects. Furthermore, there is a dedicated team to help identify opportunities after successful completion of course. There is a complete handholding done right from preparing the trainee for an interview until the selection.

Nidhi Vishnoi is a part of the AIM Writers Programme. She is not only the founder director of Edu-tech firm Irizpro Learning Solutions (https://irizpro.in) but also an acclaimed Strategic Marketing consultant with more than a decade of experience in the field of training and development. She has authored research papers, case studies, articles and e-books published in international journals, business magazines and various other digital platforms. Nidhi is a recipient of several awards and nominations. She also represents the city of Pune as “She leads tech” ambassador – a community initiative of Facebook. Nidhi was also one of the nominees in the “learning and development” category in the “women entrepreneur awards” by NITI Ayog. She has more than 3,500 hours of training experience with her and has successfully conducted several workshops and training programmes.

Why Online Collaboration Is So Difficult For Data Scientists

Amid Surge In Online Courses, Here’s How To Choose The Right One