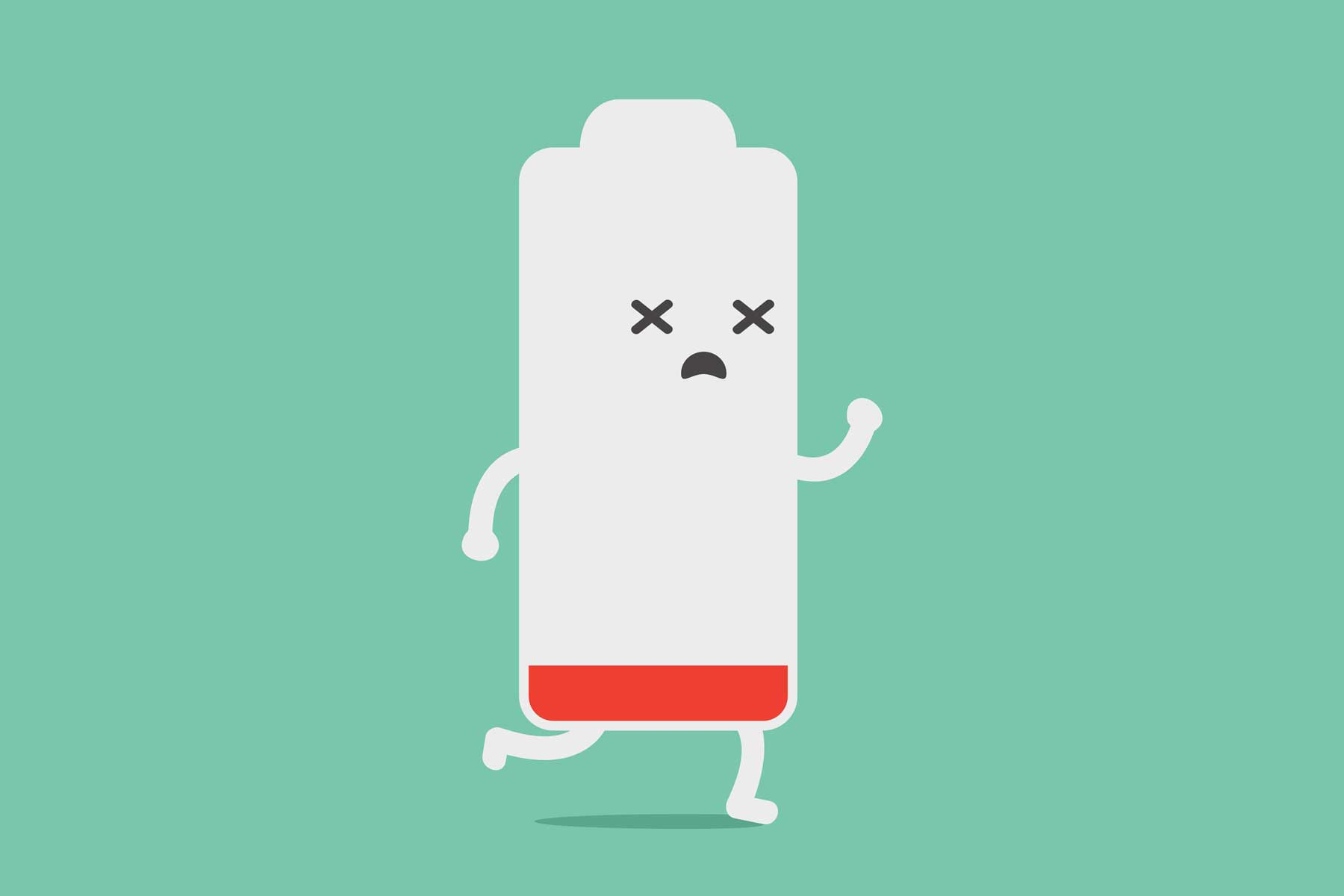 In this article, I am going to explain how we can design and assemble a battery charge meter through the assembly of a circuit with Arduino.

It is very common to have various electrical devices around the house that use batteries. Sometimes, we might doubt if the device is broken or the batteries are exhausted.

Battery Charge Meter with an Arduino Board

We must be very careful with the type of battery that we are going to measure. It is very dangerous to supply more than 5V to the Arduino analog pins. If what we want is to measure batteries, we can only do it with AA, AAA, C, and D batteries. They are those used in television controls, toys, and even to power Arduino.

Be careful with a 9V battery, the square ones. As I have said before, these batteries far exceed the 5V limit. We must also be careful with the batteries since it will depend on the voltage they supply. Check it out before connecting anything that it really is less than or equal to 5V.

Arduino components that we are going to use

Let’s see what kind of components we need for this circuit.

1. Arduino UNO or any Arduino board

2. Breadboard where we will connect the components

3. Cables for the connection between the components and the board

As you can see it is a very simple circuit. With 3 LEDs and 4 resistors, it is enough to build a battery charge meter with Arduino.

Building the circuit with Arduino

Once all the information has been collected, we proceed to the assembly. In the following image, you will be able to observe how you should connect the different components. Pay special attention to the resistors. 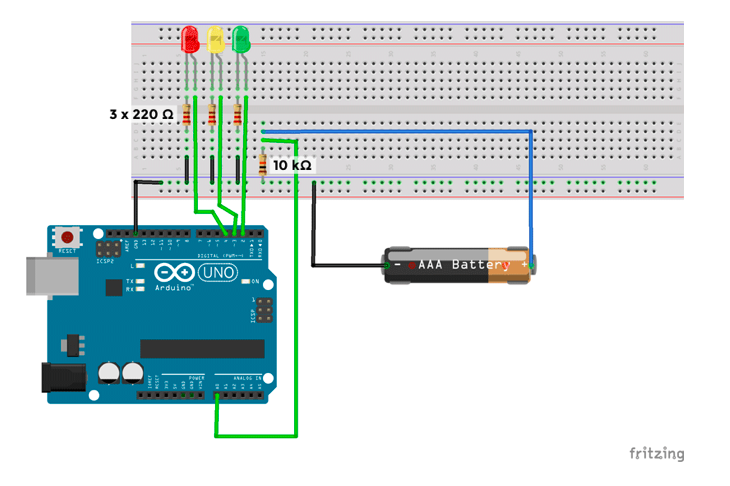 Let’s see how the components have been connected:

To measure the battery I have placed a pull-down resistance. What this type of resistance does is maintaining a low logical state, that is, at 0V. It is important to use this type of resistor since, when we do not have the battery connected to be measured, we have an indeterminate state at the input of the analog pin, which causes it to oscillate and maybe until some LEDs light up. You can try removing this resistance and you will see the result. 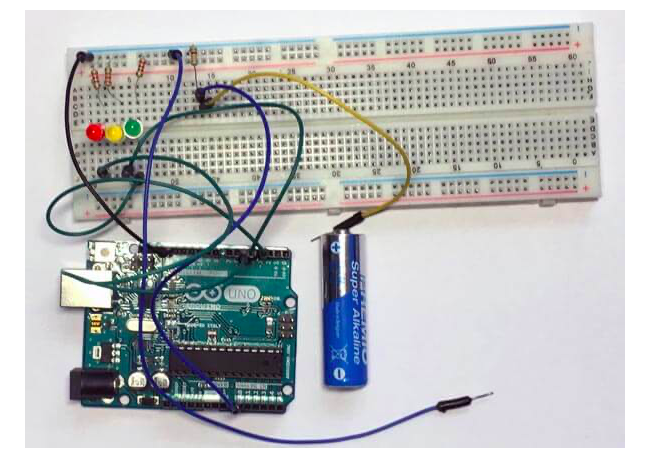 Now it’s time for the programming part. The first thing we must do is raise the problem or the algorithm that we want to achieve. Once we have it clear we can start programming. Remember that an algorithm is a sequence of ordered steps that we must follow to achieve a goal. In this case, our goal is to measure the charge of a battery with Arduino.

In this section I will detail the steps that we must follow without writing a single line of code, we will do that later when we are clear about what we have to do.

1. Read the analog pin where we have connected the battery

2. Calculate the voltage for the value it has given us

3.1 If it is greater than or equal to the maximum threshold

3.2 If it is less than the maximum threshold and greater than the average threshold

3.3 If it is less than the average threshold and greater than the minimum threshold

3.4 In any other case scenario

Now we will analyze the algorithm that we are going to implement in order to conclude that the use of 3 thresholds:

• Maximum threshold: It will indicate that the battery is fully charged.

• Medium Threshold: From this threshold to the maximum threshold the battery has been used but still has power.