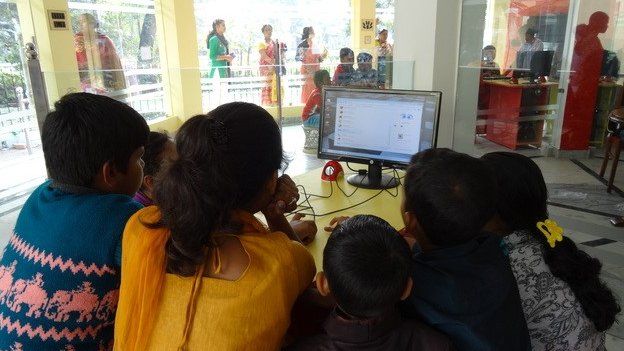 India supposedly has the third-biggest developer base. Coupled with that, we also have a thriving startup ecosystem which has given rise to jobs related to emerging technologies. But one problem persists — our higher education hasn’t kept up with the industry’s demands. Would an education system that is more of developer-focused today help prepare the next generation of talent in India?

Although India is making massive improvements in its education system today, in general, it lags behind in a practical-oriented tech education. Most of the system is focused on exams and scoring grades, and practical knowledge is very limited.The tests do not help with applying the knowledge learnt and so these students face a problem once they graduate and go out in the industry to deal with real-world problems.

Also, the skills that they acquire during their education is very limited when compared to the technological progress that has happened in the last 5 years in India. Case in point, the curriculum is not updated. Most CS departments in universities still teach Java, Turbo C++, and pre-standardized C++. So, for students starting a 4-year engineering degree, half of what they learn in their first year gets outdated by their third year of college.

On an average, an engineering student has to study more than 40 subjects in 8 semesters; this equals to almost 6,000 hours of attending classes and grasping more than 300,000 pages of information. Out of these hours, only about 500 are spent in practical knowledge, which is not how the system is supposed to work.

In most countries outside of India, students learn software and programming language at a very early stage. Most developers around the world have coding in their education system by age 15. In India, the education system has coding only after they enter a degree after they are 17 years old. They do not turn out to be competent when talking in terms of global talent.

To solve this problem, today the country is taking initiatives valuable to upskill in terms of developer talent. The Central Board of Secondary Education (CBSE) has announced that it is going to include artificial intelligence as an elective course for class 8, 9 and 10. This will help this new age of artificial intelligence to progress even better, because students will be introduced to it in the school itself.

The government think tank NITI Aayog has proposed the set up of a national program to conduct research and development in these areas. The Karnataka state government has partnered with industry body NASSCOM for leveraging AI to boost social inclusion.

Google floated the Android skilling and certification program with the intent of training and certifying 2 million developers in the country over the next three years. This is to be available across universities with an ambition to help provide affordable access to a world class skilling and educational program for the developers.

This year Microsoft had announced its plans to setup 10 AI labs in Indian universities with an aim to train 5 lakh students over the next three years, and upskill about 10,000 developers on emerging technologies.

The initiatives taken shows that the country and the education institutes are slowly recognising the need for the upskill and technology. The education system needs to change and be more developer-focused to re-jig the talent space in the sector in the country. By taking small steps, India is trying to inculcate the problem that a majority of developers face in their career and it makes the future of education system very hopeful.

Check Out The 7 Most Secure Programming Languages