Can AI & Big Data Help Prevent The Next Global Pandemic? 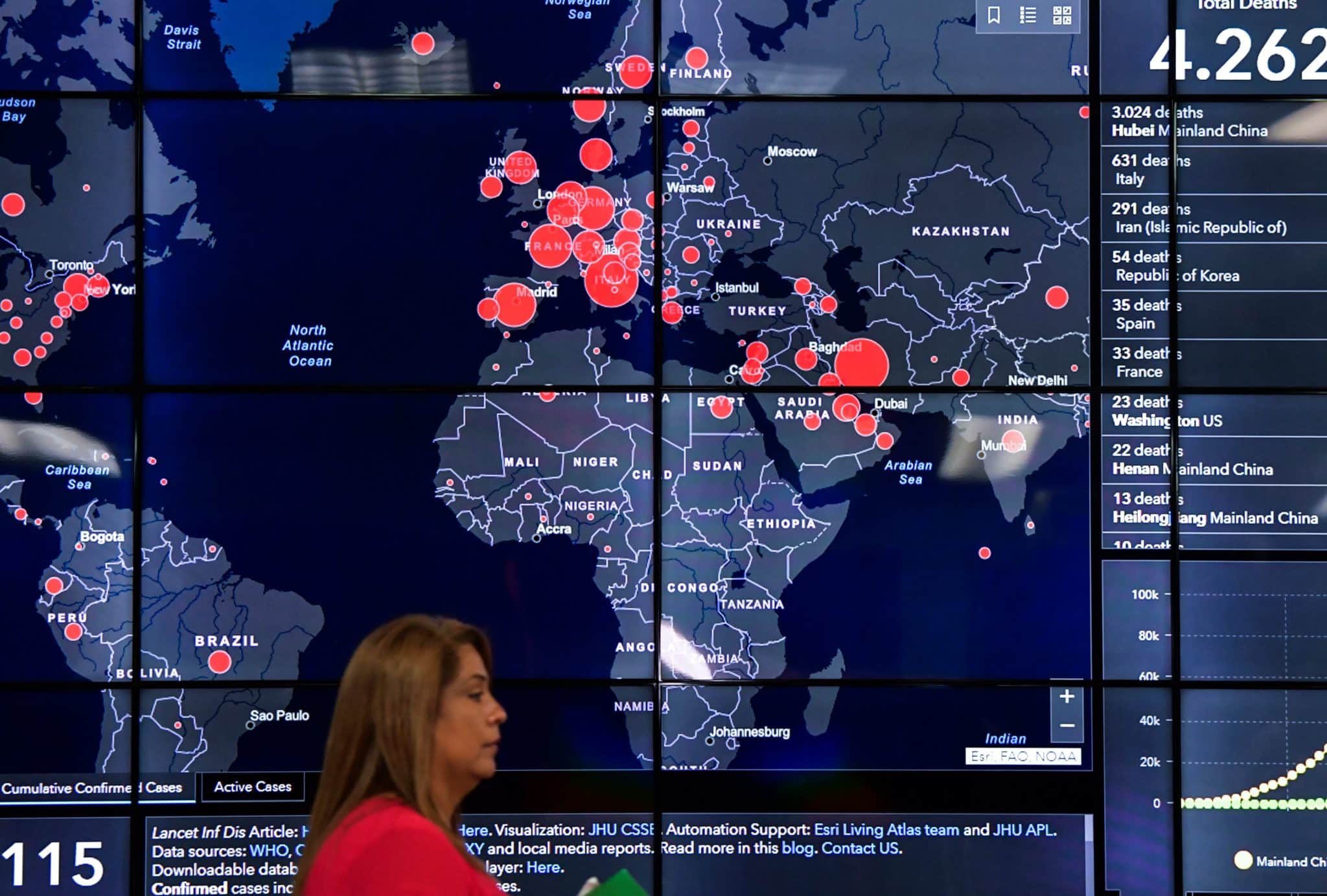 Artificial Intelligence (AI) has shown much promise in augmenting human capabilities in healthcare, particularly in oncology. With the world still in the grip of the Covid-19 pandemic, this technology has seen a resurgence. Researchers have not only been testing its potential to accurately diagnose and treat the disease, but also prevent another outbreak like this in future.

In fact, if reports are to be believed, AI had detected the coronavirus late last year. Toronto-based BlueDot uses machine learning (ML) to monitor the spread of contagious diseases around the world, and the startup had flagged an unusual spike in pneumonia cases in Wuhan on December 31, weeks before official announcements were made.

Given the speed with which the technology can successfully predict a novel virus, it may be worthwhile to dig a little deeper to understand how it can be harnessed to thwart or even forestall a future outbreak.

The Potential Of AI In Preventing The Next Outbreak

With reams of publicly available data to process and analyse, the potential to reach technological breakthroughs with AI is immense. And while its ability to make accurate predictions is what makes it a useful tool in preventing a future outbreak, the speed and scale with which it can search enormous databases is what enables this.

While manually trawling vast swathes of data is not only illogical but also leaves plenty of room for critical errors, the intervention of AI can help alleviate this challenge. Although this outcome will carry some margin of error since an AI is as good as the quality and volume of data it is fed, machines can still detect conditions instantly and far more accurately than experts can, as demonstrated by BlueDot’s example.

This combination of accuracy, speed and efficiency is what makes it a handy tool in the quest to prevent epidemics.

By supplementing human efforts when it comes to interpreting the outcome and incorporating it to make appropriate decisions, it can play a critical role in preventing outbreaks or identifying potential hotspots. What is more, allowing AI to identify its own patterns with unsupervised ML can be leveraged to put a spotlight on developments one may have otherwise missed.

Many companies today are aggressively mining data to develop models to create early warning systems. Even if they are helpful at merely predicting the course of an epidemic, it will still help authorities plan better to curb its spread.

While some, like BlueDot, use natural language processing (NLP) algorithms to keep a track of online news or social media feeds, others like Nanox use AI-powered digital X-ray systems to make an early diagnosis of the disease before it develops into a pandemic.

Many of these use existing clinical studies to create these solutions. Many researchers also pair their observations with AI and Big Data to develop tools that validate their assumptions. One case in point is a tool built by a researcher from the Cary Institute.

Dr Barbara A Han proposed an early warning system to forecast outbreaks like Covid-19 before they can strike on a massive scale. Using global datasets on diseases that pass from an animal to humans, Han used AI to map risk-prone areas.

The key here is the breadth and depth of the data on zoonotic diseases since the model needs to make predictions on a global scale. In other words, it needs to accurately forecast disease across the world and not just in a few regions, and hence, the data needs to be expansive.

In collaboration with IBM Research’s Science for Social Good initiative, Han used AI to curate this data to identify primate species that are likely to harbour the Zika virus and potentially transmit it to humans. This was accomplished by melding two modelling techniques to make up for any gaps in the data collected. It also highlighted potential hosts and even geographic hotspots in South America.

As indicated above, the map shows the geographic ranges of primates that are undetected Zika reservoirs, colour-coded according to percentiles of their predicted probabilities. Thus, Han’s ML model helped highlight high-risk species that hosted Zika and also shed a spotlight on the hotspots that are vulnerable to the outbreak.

While promising, these models depend on a vital resource, which is widely variable — data. Not only is it difficult to verify the veracity of publicly available datasets, but these AI-driven approaches also become less accurate as cases arise.

As indicated in this report, data used to build ML models to combat a pandemic like Covid-19 is largely reliant on news sources, and social media feeds. Official reports help, but these too go through several iterations since the situation changes daily and confusion still prevails.

Training ML algorithms with inconsistent data will not only be inadequate but perhaps even dangerous since the outcome should not be used to make critical decisions. However, this can change if crucial data was made open to the public for analysis, or be made available to researchers and entrepreneurs working on a solution.

This calls for an uncomfortable — yet important — conversation on privacy and the ethical implications of violating it as one of the possible trade-offs to prevent the outbreak of a deadly disease. It also demands increased collaboration between countries and new policy initiatives and regulations to possibly arrive at a common international standard.

Combining human intelligence with the power of AI and Big Data will open more avenues in the fight against a future pandemic. While the current outbreak is testing the potential of emerging technologies to develop a cure, it is just as important to direct efforts towards predicting the emergence of a contagious disease and preventing it from spiralling into a pandemic.

Given that AI interventions in this space are few and far between, a healthy scepticism is good to adopt before diving into its possibilities. However, AI has played a crucial role in healthcare before, and these efforts should be pursued on the strength of this belief.