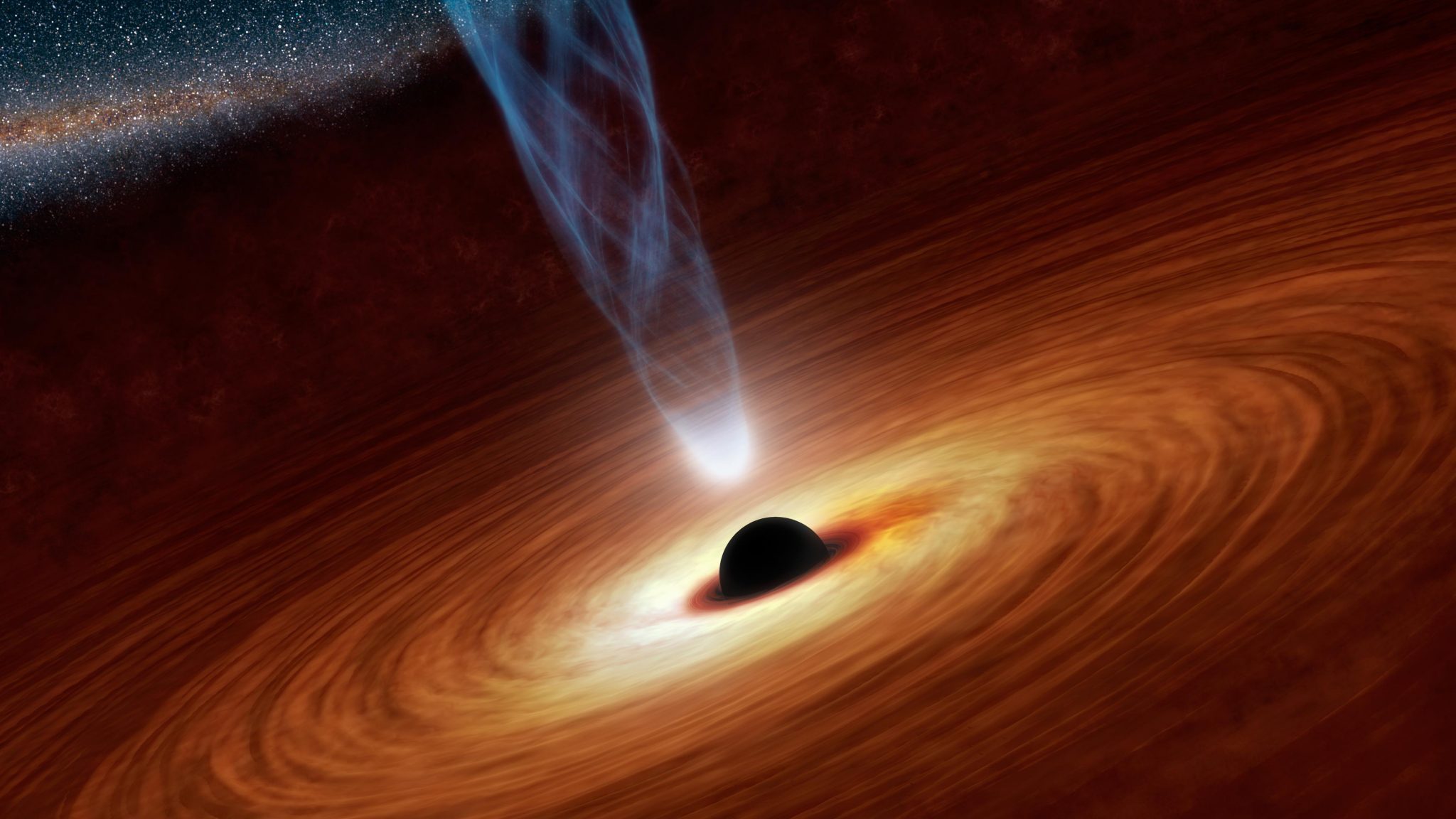 With more than 50 years of research in Space Technology, scientists have not been able to capture a real image of a black hole. That is because the black hole closest to Earth is millions of light years away, located at the center of our galaxy. And for us to take a picture of that scale will require a telescope as big as the size of Earth!

While making a telescope of that scale is impossible, artificial intelligence may make it possible to give us the very first glimpse of a black hole.

The closest thing that can be done is taking data from all the telescopes situated in different parts of the world, which together will act as one telescope. Such a project, with collaborations from countries all over the world, is being carried out and is named as the Event Horizon Telescope (EHT). It will make an array of all the radio telescopes in the world and combine data from Very Long Baseline Interferometry (VLBI).

While researchers are taking this approach, there is still an incompleteness in the whole idea of creating an Earth-sized telescope. This is where AI comes to the rescue. AI will essentially be used to create algorithms that fill these gaps and can achieve by the concept of ‘neural networks’.

What Can Neural Networks Do?

With these neural networks, we can feed a number of sample input (images) and it will generate a pattern out of it in a time that is impossible for humans to carry out, saving a lot of human time and efforts, making precise patterns out of the data from the telescopes in the EHT. By taking thousands of these images of the sky, AI will be able to predict a pattern of a black hole and we will have the first ever picture of the black hole.

Can Neural Networks Be Relied On For This Task?

Since the neural network produces images for the places where we do not have telescopes located, we can have an infinite number of possibilities that it can give as those missing places. How do we know what image is correctly fitting our ideal image of the black hole when we do not know what the black hole looks like in the first place? One way to check this is by imposing different kinds of features as the input to the AI and looking at how it affects the output image that it gives. If a lot of different features gives the same kind of a final image, then the algorithm is trustworthy.

Get the latest updates and relevant offers by sharing your email.
See Also
Opinions

Real-Time Assessment Of Data, ML & AI Can Save The Planet From Climate Emergency

Even if the neural networks go wrong, as long as we know what these networks lack, we can easily extract useful information out of them, without worrying much. Once these algorithms are perfect enough, the image of a black hole would not be restricted to just a theoretical concept.

Why Do Neural Networks Have An Edge?

The one major way in which the neural network differs from the traditional computers today in their approach is that the conventional computers have an algorithmic approach. Programmers have already input a set of well-defined algorithms and the computer follows these to come up with a solution.

On the other hand, neural networks function how the human brain would function. For a given set of input data, it gives an output, without the programmers having to input any algorithm to it, also, without having to know about the internal mechanism of the problem. This way the neural network saves efforts and it productively works like a human brain without teaching it any algorithm. It has the ability to analyse images taking care of the smallest of details.

Microsoft Is Investing $25 Million To Bring AI Into The Lives Of People With Disabilities: Moushmi Kamat