Can cobots save EVs?

India will have nearly three crore EVs by 2024. 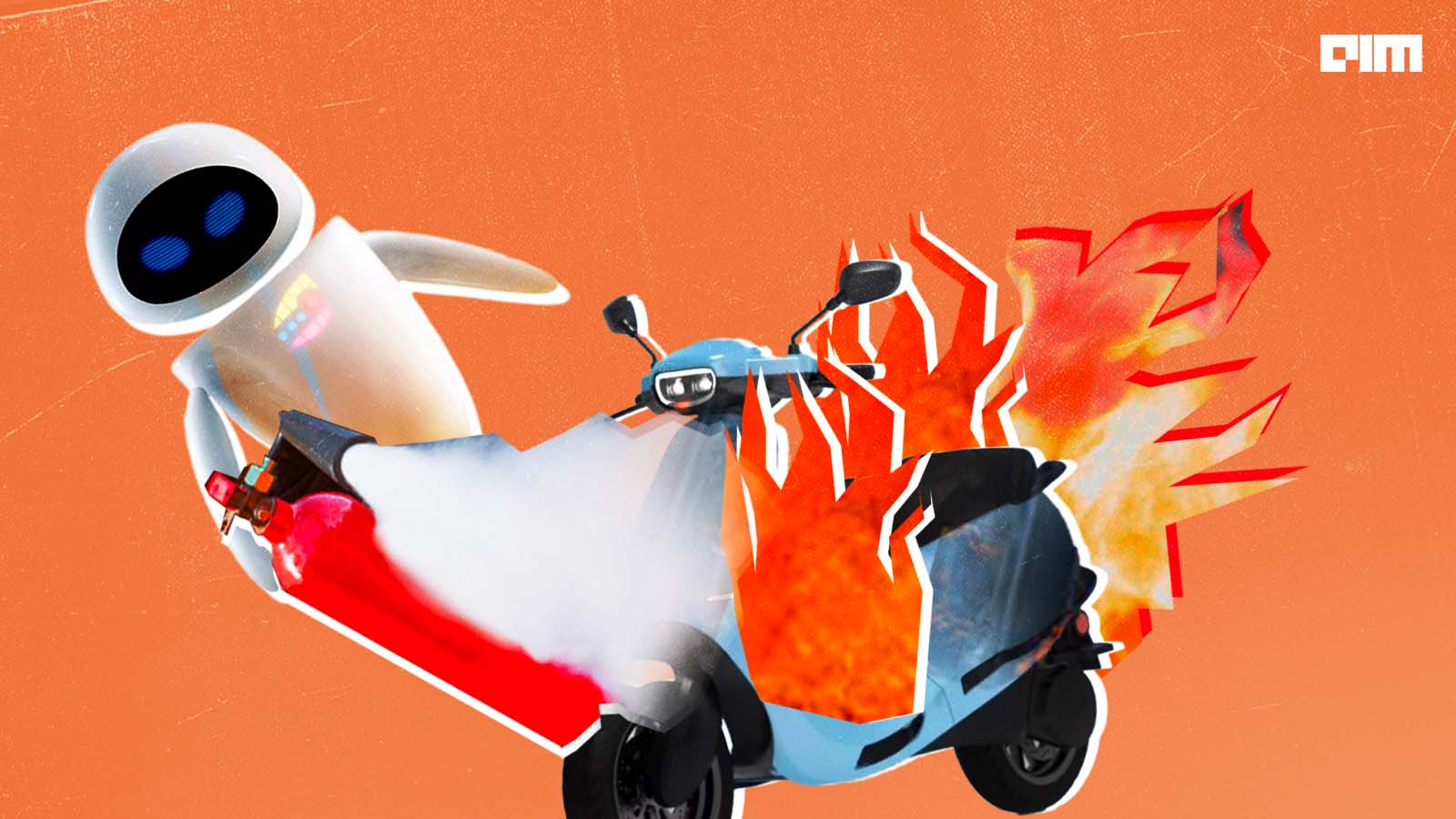 The Indian EV industry is projected to reach USD 150 million market cap by 2030 at a CAGR of 90% during the forecast period (2021-2030), according to the RBSA Advisors report, ‘Powered by Power: The EV Industry in India’. As per India’s Road Transport and Highways Minister Nitin Gadkari, India will have nearly three crore EVs by 2024.

Though India’s EV journey started with Mahindra Reva, the adoption rates of four-wheelers are much less than two-wheelers. But it’s not all roses on the two-wheeler front as well. Safety and quality have taken a back seat in the two-wheeler market in the war to innovate, drive performance and sell.

Battery cells and battery design were found to be the major culprits in EV fires. EV makers have even recalled the faulty batches in the face of growing pressure from the government.

“Lithium-Ion batteries typically used in EVs have matured over the last decade, and various standards exist that provide direction in both design and manufacturing of HV batteries. Standards such as LV 123 clearly outline a wide range of tests HV batteries have to undergo, including overvoltage, undervoltage, and operational range testing, amongst others, and other standards such as GB/T 18384 and ISO 26262 cover other parts of safety testing, including thermal system testing,” said Quresh Sutarwala, SME and Head of HW Systems Engineering at Nuro.

EV battery systems should undergo end of line testing such as 1C charge and discharge to verify their full range. In addition, it is important to invest time and effort in testing the battery design and systems against various noise factors during development. Verification, validation, and addressing failures are key to building stable and robust systems.

“Understanding the environment and conditions of usage are critical to building the right design which meets the product. More stable battery chemistries can be developed for high temperatures or thermal cooling loops designed into the system (even your petrol car has a coolant line). For rainfall, the system can be designed to meet the correct IP rating ( even your phones can be underwater now). For the bumpy roads, ensure that your system design meets stringent or custom vibration profiles ( UN 38.3 is a transportation standard used to support allowing shipment of Li batteries),” said Quresh.

Why batteries go up in flames

“Different batteries have different chemistries which have specific operating conditions. Typically, thermal runaway associated with overheating of batteries is one of the established hazards with Li batteries. However, just because India has states with high temperatures does not imply that EVs would not reach mass adoption. This might imply that EVs would have to be designed to support these environmental conditions, but none of these conditions seen in India poses a roadblock in terms of development. Research and real-world deployment have shown that many feasible design choices can address these conditions,” said Quresh.

Safety is of paramount importance. When a design does not work or there are issues in manufacturing, OEMs should address the faults, find the root cause and troubleshoot. When a failure occurs at a component or system level, the system should be able to detect the failure and contain the risk and performance issues.

“If the resolution was not sufficient and was only interim, the manufacturer should take effort to notify all those affected and make a plan to address the issue for a long-term resolution that ensures safety and performance are met. If safety is compromised, it is even more critical and not uncommon to take immediate action such as initiating a recall if required,” said Quresh.

The biggest challenge will be development, scale and manufacturing costs.

At its core, collaborative robots (cobots) are lightweight automated robot arms that can handle manufacturing, assembly and packing tasks. Cobots can handle everything from bin picking, palletising, quality control, and welding.

“For years, one of the main sources of quality errors within the manufacturing lines have been humans. For repeating tasks, a human is bound to have an error at some point. These errors can have wide-ranging effects, from impacting efficiency or yield of the line to quality issues and, in some cases, causing harm directly at the line or via compromised product quality. Research has found that 70-90% of industrial accidents are caused by human error, and ~80% of manufacturing quality defects can be traced to humans. The more astounding figure is that humans are likely to have an error every 100 times for repetitive tasks such as incorrect installation of a connector or letting milk boil over,” said Quresh.

Cobots can have a tremendous positive impact. Having a cobot work with a human to do the moving leads to an efficient assembly line and happier, injury-free employees. Take torquing screws, for example, and a cobot could be operating around a human and will ensure that every screw is torqued to its exact specification.

The rise of robotics has mobilised the ‘Industry 4.0’, and cobots hold a lot of potentials to revolutionise the manufacturing space.

“Two-wheeler assembly lines are highly labour-intensive, spatially challenged, and have physically taxing movements requiring high-end precision. While trying to automate these lines, one of the basic requirements was standardisation. Moreover, we also wanted to be cognizant of the requirements of the large women workforce at Bajaj,” said Vikas Sawhney, General Manager of Engineering (Robotics and Automation) at Bajaj Auto.

As Bajaj rapidly expanded its production capabilities, it needed a standardised automation solution to deploy horizontally.

“Bajaj Auto chose Universal Robots primarily due to the collaborative nature of the robots. The key benefits of Universal Robots’ products, such as their compactness, low payback period, flexibility, lightweight, cost-effectiveness, accuracy and safety, is what ultimately convinced Bajaj Auto about the suitability of Universal Robots for its standardised offerings,” Vikas added.

Bajaj deployed UR’s cobots as a standardised solution for all its functional requirements spanning material handling and machine tending to new decal applications. Other benefits included zero annual maintenance costs, reduced power consumption and retention of IP within the company.

“We are glad to hear that Universal Robots cobots are successful in easing the assembly line processes and are very beneficial in cost reduction for Bajaj Auto. The safety measures and space-saving features are major attractive features for the deployment of cobots in Bajaj. Furthermore, our cobots are successful in bringing smiles to both Bajaj and their employees as it eases out processes for employees. In addition, cobots deliver rapid return on investment (ROI) as short as twelve months. The fast ROI is achieved through the cobot’s ability to free up employees’ time, allowing them to work on higher productivity processes,” said Sougandh KM, Country Manager for India, Universal Robots.

There can be multiple causes for the battery failures in the two-wheeler EVs. The failures can vary from:

In EV battery manufacturing, cobots can :

“The use of the collaborative robot could prevent various manufacturing defects such as missing components (especially passive components) or incorrect installation of parts within the assembled battery pack. Each of these could independently result in a fire in an EV battery and can be contained in manufacturing via quality control improvements on the shoulders of the robots,” said Quresh.