Can No-Code Platforms Act As A Threat For Developers In The Post-COVID World? 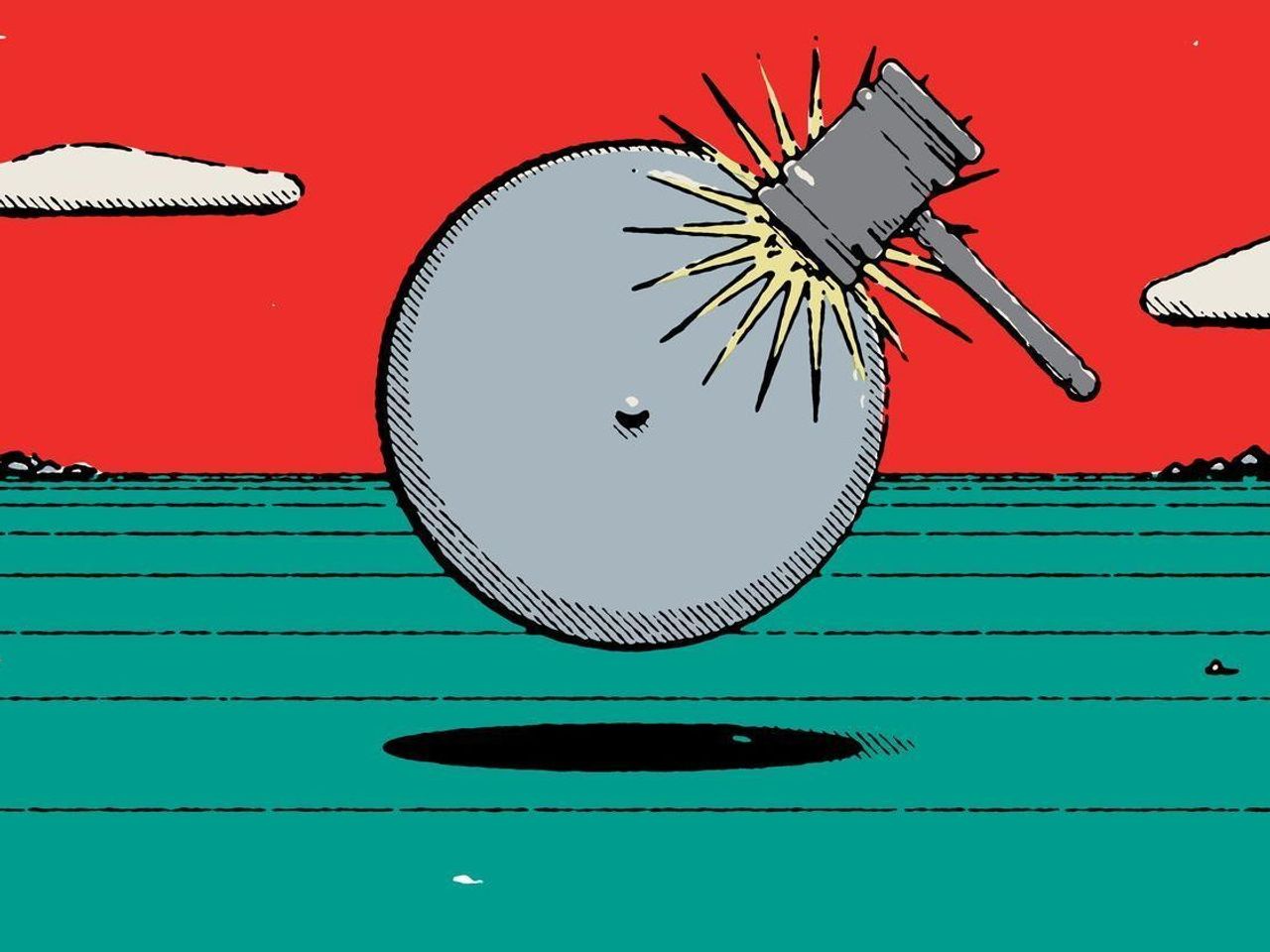 COVID-19 pandemic has not only disrupted businesses and their continuity but also challenged the core workings of companies. With enterprises looking to create applications to enhance their processes and improve customer experience, many are relying on low-code or no-code platforms due to their inability to hire experienced programmers, developers and software engineers to build applications, especially startups and small businesses.

This pandemic has brought in a ripple effect on the workforce where millions of office workers are now working remotely to maintain social distancing. With fewer developers and programmers to work with, many companies, including larger enterprises, have struggled to finish projects on a deadline. This again urged companies to adopt these easy plug and play platforms that help developers as well as other employees to speed up their workflows.

Also, to stay relevant in this competitive landscape, businesses are using artificial intelligence to build software, which again brings in the urgency of democratising application development, where non-technical folks can pool in to build applications. This, in turn, allows the core technical group to work on more critical projects that would enhance companies’ bottom line. Gartner defines a role — citizen developer — where anybody can create a software application for business by using “development and runtime environment sanctioned by corporate IT.”

Alongside, many companies and healthcare providers started developing apps in order to offer their services amid this crisis, and low-code platforms with its abilities can be a handy tool for situations like this where developers need to continuously enhance their app. Low-code platforms have played a massive role in the healthcare and education industry where hospitals, schools and universities are creating quick apps to share relevant information and services to their customers. In fact, data estimation has stated that by 2024, approximately 65% of application development by the organisation will be done with low-code platforms, which would include participation from large enterprises.

In recent news, AWS has announced its launch of a fully managed platform — Amazon Honeycode — that would help companies to build their applications without knowing any programming language. Larry Augustin, the vice president of Amazon Web Services, has stated in the company release that, “Customers have told us that the need for custom applications far outstrips the capacity of developers to create them. Now with Amazon Honeycode, almost anyone can create powerful custom mobile and web applications without the need to write code.”

With so many benefits in hand, for technical as well as non-technical folks, to build applications, it raises a very serious question of whether low-code and no-code platforms are the future of programming? Also, can it be a threat to our very own skilled software developers, programmers and engineers?

Potential Of Low-Code Tools To Revolutionise The Programming Industry Post-COVID By Replacing Developers?

Amid this crisis where businesses are altering their strategies to work with the automation boom with AI and the reduced workforce, low-code platforms are solving many easy problems that companies are facing. Although developing large scale enterprise-class applications still require the assistance of skilled software developers, low-code and no-code tools can easily help small businesses and startups to create critical business applications with tighter resources and reduced time-to-market. With these DIY platforms, employees no more have to write long programming scripts. Instead, they can easily integrate these tools into the existing system of the organisation.

As a matter of fact, Matt Calkins, the founder and CEO of Appian, a software developing company, believes that this is the era for low-code automation, He stated in his blog post, “It’s all the more important in the coronavirus crisis to be able to build applications quickly. We’ve just started a new decade, but low-code is how applications will be built in the future. It’s inevitable. As we have to build applications more efficiently.”

Also, in order to keep pace with modern software development, businesses need to grasp speed and agility, and that’s what low-code tools provide current business leaders. Agreed by Bernard Marr, a futurist and strategic business and technology advisor to governments and companies, stated in a Forbes article, that companies that would be agile to adapt technology amid this crisis and rethink their business strategies with digital transformation would be staying ahead of the game in the post-COVID world.

Plus, no-code and low-code platforms also come with easy training for employees to start working with, and therefore, during this lockdown where businesses are working with a reduced workforce, these tools can assist in making enterprise-grade applications quickly.

Cost, separately, has been another concern amid this crisis. Businesses, even the ones with the right funding, are struggling to stabilise their finances and hire skilled programmers and developers to build a core team that can help them in their digital transformation. These DIY platforms address the application development work, which therefore slashes a considerable amount of cost of recruiting talents. Analytical professionals with no coding experience can also use these drag and drop tools to build and automate workflows.

No-code tools have always been startups favourite, and therefore many startups have been working on developing these platforms for businesses. Bangalore-based CodeNinja.ai is one such advanced startup that has created a platform to allow non-developers to build software applications by using a graphical user interface. Besides, there are other companies like DataRobot, RapidMiner Studio, Teachable, that are also providing plug and play tools for creating AI models. Joining the forces, many tech giants have also open-sourced their platforms to aid developers with ready-made tools for building applications. Some of the popular tools include — Creat ML by Apple, Accelerite ShareInsights by AWS, AI platform and ML Kit by Google, Salesforce Lightning, and Azure Machine Learning by Microsoft.

Apart from building applications, low-code and no-code tools also provide the ability to customise apps without any effort. Earlier to make any alteration to applications, developers had to rewrite the whole script of codes. However, with these advanced tools, programmers can make tweaks by changing the code on the platform.

In fact, earlier this year, search giant Google has acquired AppSheet, a no-code development platform, to empower developers to build applications. Amit Zavery, the vice president of business application platform at Google Cloud, stated in his blog post that companies are looking for “faster processes and automation” in the current era. However, many companies lack resources to build speed and efficiency in their business processes. “This acquisition helps enterprises empower millions of citizen developers to more easily create and extend applications without the need for professional coding skills.”

Such aspects have highlighted how these DIY platforms helped businesses amid this disruption by bridging the app gap and becoming the future of work.

Can Low-Code’s Benefits Replace The Real Talent Of Skilled Developing?

Having said that, these advanced tools also have a dark side, which restrains companies to fully replace their skilled developers with low-code platforms. Although these low-code or no-code tools are self-reliant, it comes with the most significant limitation of the minimum ability of customisation in applications. This brings down its functionality, as it doesn’t let the employees personalise applications according to complex business requirements. This could bring challenges to businesses amid this crisis, that are trying to constantly change their business applications according to the situation and build efficient models. Therefore, using no-code tools will restrict businesses’ creativity with applications and would restrain them to the boundaries of platforms.

In addition to this, another critical concern is the integration challenge with third-party solutions, which can create a vendor-locking. This not only limits developers from changing the underlying codes of applications but also forces them to work on strict programming platforms provided by the vendor companies.

Restricted visibility and limited control of the application codes are other challenges that come along with low-code and no-code platforms, which, in turn, creates shadow IT. Jason Wong, Gartner analyst, agreed to this, “If you install a rapid application development tool on a desktop and build apps, IT doesn’t have any visibility.”

This limited option of code-customisation again also brings in security and reliability concern among business leaders. Creating an application from scratch with coding allows developers to include security and data privacy. However, with no-code and low-code tools, users don’t have much control over the inner workings of models. Therefore, it has never been a preferred choice among business users for making business-critical applications. And that’s where businesses heavily rely on skilled programmers and developers who can use their critical thinking while creating applications. According to the senior director of project management at Virsec, “while trained developers may have varying levels of skill in security, no-code developers are generally oblivious to security best practices or risks.”

Furthermore, this also impedes the learning process for developers who cannot play with the code anymore. These aspects show that although these no-code and low-code tools are beneficial for building applications like ERP, it cannot be used for complex applications.

Undoubtedly, we can establish that low-code and no-code platforms have created a position among businesses amid this crisis and also fills in the talent gap that usually startups and small companies go through with developers. However, because of its prominent limitations, people are still cynical with building companies’ mission-critical apps on these DIY platforms.

Alternatively, with the emergence of these new platforms by startups as well as tech giants, there will definitely be an uplift in the adoption of no-code platforms among businesses. This development could also lead to a massive shortage of developers jobs, which can induce unemployment among software engineering and developing community. Thus, it’s difficult to understand if these drag and drop tools can replace conventional highly skilled engineering, or if it would just be an aid for these professionals.