The Studio Lab was launched with an aim to make ‘machine learning more accessible’ and help beginners overcome some of the persistent challenges. 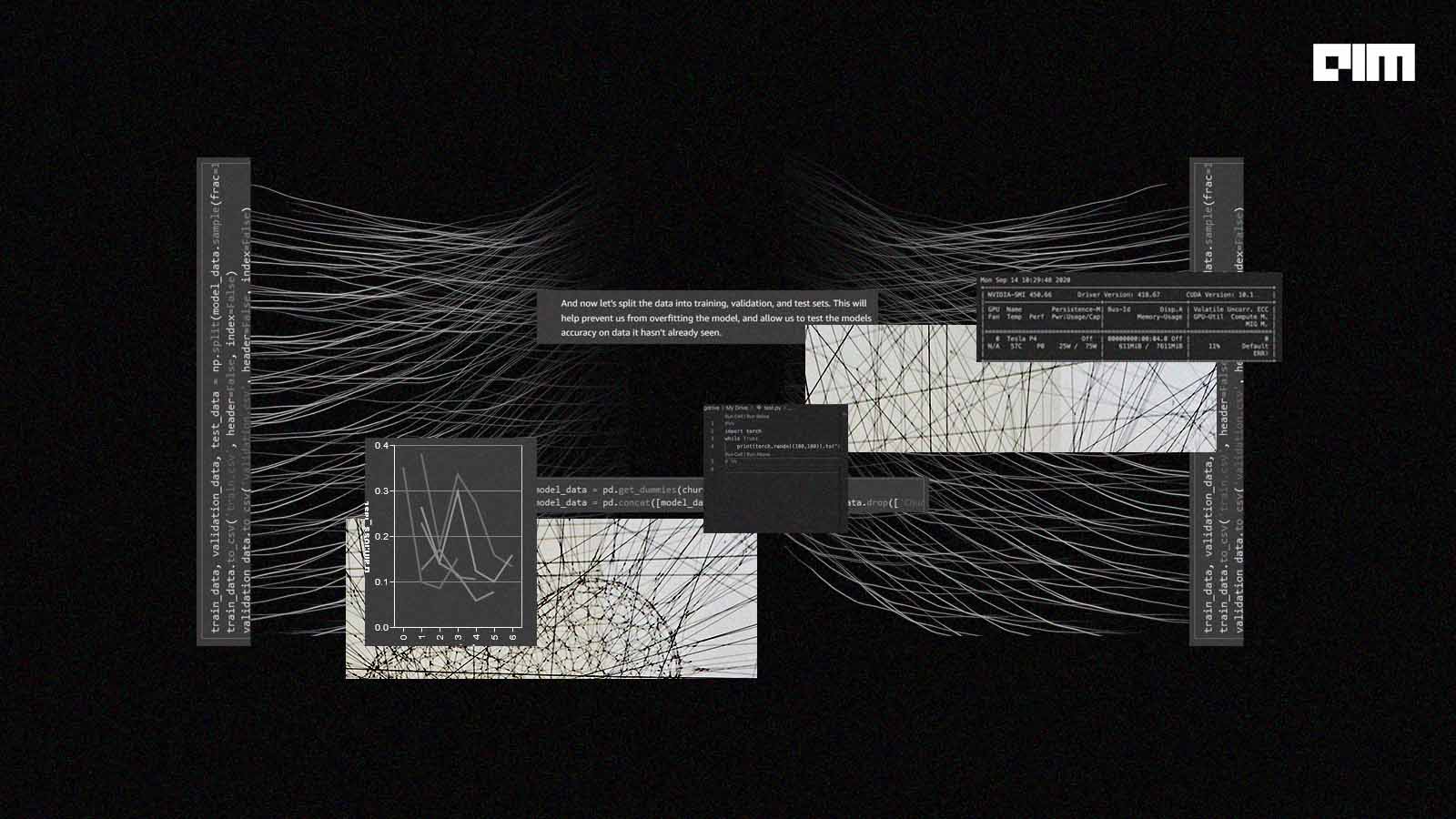 At AWS re:Invent 2021, Swami Sivasubramanian, vice president of Amazon Machine Learning at AWS, announced SageMaker Studio Lab, a free service for developers and students to learn machine learning techniques. This Studio Lab offers users with JupyterLab IDE, model training on CPUs and GPUs, and a 15 GB persistent storage, along with other basics.

The Studio Lab was launched with an aim to make ‘machine learning more accessible’ and help beginners overcome some of the persistent challenges. In a blog, AWS’ Antje Barth wrote that Studio Lab offers to spin up infrastructure, configure services, and implement billing alarms to avoid going over budget – thereby taking much steam off the developers, especially the beginners who may see these issues as major barriers.

Now, with the introduction of SageMaker Studio Lab, AWS directly takes on Google’s Colab Notebooks, which are widely used by developers all across.

Having been around since 2014, Google Colab has become quite the developer kit staple – will SageMaker Studio Lab disrupt that?

To get started with Studio Lab, a user needs to have a valid email address; other requisites like infrastructure configuration, identity management, and signing up for an AWS account are not needed. The Studio Lab accelerates model building through GitHub integration and comes preconfigured with popular machine learning tools, libraries, and frameworks.

Using SageMaker Studio Lab, users can focus on experimenting with the data science aspect of machine learning. Since it is based on the open-source JupyterLab web application, users have a completely open environment to leverage any framework, such as PyTorch, TensorFlow, Hugging Face, or MXNet, among others.

Studio Lab also has an auto-save capability to automatically save the user sessions so that they can pick up from where they left on their next user session.

Another major benefit of SageMaker Studio Lab is the integration of GitHub, which enables customers to view, open, edit, and run any notebook. It also enables integration to Git, an open-source distributed version control system.

One of the major advantages of using Studio Lab is that it offers a persistent environment, which means that the user can choose to run a CPU based environment for 12 hours or a GPU one for 4 hours. The environment keeps running, even if the browser is closed, till it is stopped using the console.

On the other hand, Colab offers an interactive environment. It terminates notebook connection if it detects that the notebook is idling. Unlike Studio Lab, Colab requires an open browser, which implies that if a user runs a heavy machine learning training job in Colab, they would need to keep the session open. Only if one has a paid subscription feature with Colab Pro and Colab Pro+, the notebook can run without interactivity.

In comparison to that, Google Colab, in its free version, uses Tesla K80 GPUs. T4, albeit costlier, is a more efficient alternative to K80. However, the Colab Pro and Colab Pro+ has better GPU support.

Further, the Studio Lab terminal gives a Unix like interface, which can be used to explore the directory structure, use tools to understand system operations, and print file contents. Studio Lab offers much more than a simply managed notebook by offering an equivalent of a hosted computer, where users can run any of the regular programs.

One factor in which Colab seems to be a better choice is when it comes to sharing notebooks. With Colab, the user has to only add email addresses and share the notebook. But for Studio Lab, one needs to sync with a git repository and share it. While this is a better code practice, it seems more cumbersome.

Considering these factors, a lot of developers have given a thumbs up to Studio Lab. However, clinching Google Colab’s‘ industry standard’ status would be an uphill battle for Studio Lab, at least in the given timeline.