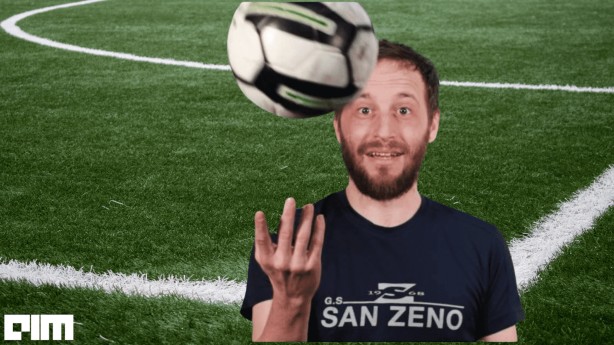 “Professional footballers experience 2.5 to 9.6 injuries per 1000 hours of training. A third of these injuries are from over-exertion and are predictable.”

In 2005, Alessio Rossi’s football career came to an abrupt end when he tore two ligaments of his right ankle during training for lower league Italian football club USD Oligantese. Sports Injuries can be stressful physically, psychologically, and financially. These can be possibly disastrous for an athlete and his career. Predicting sports injury can save many potential careers. Traditional statistical methods of predicting injuries can fill in some gaps but have not been very accurate in predicting them. Machine Learning is now being considered as a game-changer here.  Footballer Rossi’s injury ended his dream of playing professional football and pushed him in the direction of research. Today he researches ways to use Machine Learning in the field to predict injuries to save the careers of sportsmen.

Physical injuries in sportsmen are a result of many variables: previous health issues, genetics, training, stress, workload, etc. Rossi collects and analyses the reams of this data to prevent players at top teams from getting injured. The data is collected via various methodologies like jersey’s outfitted with GPS, accelerometers, a digital compass, a gyroscope, sensors tracking pulse, speed, distance covered during training. All this data combined with physical and mental health conditions is fed to an algorithm that predicts the probability of players getting injured in the coming days.

The idea here is to use the algorithm to allow the candidate to train according to his health conditions performing at his best and to avoid any training that could cause exertion and lead to injury. The algorithm predicts the probability of getting injured during the next match, next week, or the next month. For example- Professional footballers experience 2.5 to 9.6 injuries per 1000 hours of training. A third of these injuries are from over-exertion and are predictable. If an injury can be avoided altogether through the use of algorithms then it should be because during rest the physical and mental condition of an athlete declines, careers and damage to image can be caused and the athlete might never fully recover.

Sports analytics have started using data analytics such as those of Rossi in the past decade. The approach aims to save careers and money, alongside improving results. Researchers and coaches are working together to develop methods of collecting and analysing data through Machine Learning to make predictions. It is being used for team sports such as football or basketball but also singular events like figure skating and tennis.

He used a decision tree classifier, a supervised Machine Learning technique that involves asking a question based on different variables to teach a conclusion to predict results. By asking a series of questions with the data, the algorithm could successfully predict 80% of injuries and could predict warning signs almost every time. It is believed that deep neural networks can increase the chance of prediction and its accuracy.

Sports is entering a new era and Artificial assistants can be assistant coaches. It can help people train smarter and help them avoid career-ending injuries. It can also help athletes play longer and have longer careers. The data collected with the help of devices can be involved in the decision-making process. These models can help predict important risk factors for an athlete.

In sports researchers now use various artificial neural networks, decision tree classifiers, Markov processes, and support vector machines in physical sports like basketball, cricket, football, volleyball, etc. The problem in data collection comes in with singular sports like figure skating, tennis where data unavailability is a major hurdle in the implementation of the technology.

While AI is not a full-proof plan to avoid injury in the game. It can help athletes train harder and smarter avoiding career-ending injuries if the data is included in the game and training.

Until now, coaches have relied on old-fashioned methods like assessing workload to predict injuries through experience that have some value but are bound to fail because of limitations. Rossi’s technology will help coaches combine traditional wisdom with what data reveals. Data is collected in various ways like for Baseball players they can be made to wear smart sleeves with accelerometers that measure joint angles. Figure Skating can be made to attach accelerometers & gyroscopes to their hips to record jumps. Earrings, bodysuits, belts, vests, bands can measure pulse, oxygen saturation, wristbands can record sleep quantity and body temperature. Coaches not only want to know when the injury will occur but they also want to know what factors make a player susceptible to an injury and how they can be kept in control and avoided altogether.