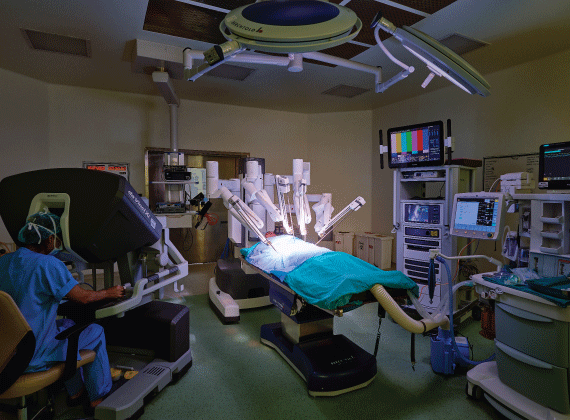 One of the prominent multi-speciality healthcare providers, Manipal is a 6000 operational bedded hospital spreading across 15 locations, and serving over 2 million patients annually. Over the last six decades, Manipal Hospitals has been a certified pioneer in the Indian healthcare industry and has been delivering state-of-the-art healthcare service.

The hospital, with over 1000 doctors and over 5500 well-trained support staff, offers an extensive range of health care services, which has been designed to cover all the significant aspects of healthcare — preventive, diagnostic, curative and rehabilitative. It also provides a gamut of treatments ranging from general medicine, paediatrics, orthopaedics, oncology, neurology, nephrology to even transplant procedures of kidney, liver and bone marrow transplantation.

Out of all the established hospitals of the group, Manipal Hospitals – Bangalore, Karnataka is the main tertiary care hospital, and, therefore, most of the complex cases are usually referred here; not only from Karnataka but also from all the other parts of India and abroad. Being the flagship quaternary care facility, the maximum number of Cytoreductive Surgery (CRS) and Hyperthermic Intraperitoneal Chemotherapy (HIPEC) cases are done in Manipal Hospitals – Bangalore, where doctors have to deal with high-risk patients.

Time constraint was one of the primary concerns, where doctors were having difficulty in providing enough time to each patient considering the increasing number of daily surgeries and outpatients. Another challenge was the Total Parenteral Nutrition (TPN); conventionally, post an open surgery, the hospital tends to start the oral intake for their patients on the third or the fifth day, which is a problem, as food intake is required for a speedy recovery. And because of this disadvantage, every patient had to go through TPN, where special nutritional products are fed to the patient intravenously, bypassing the usual process of eating and digestion.

Human intervention during the complicated process of urinary catheterisation has also troubled the hospital. Conventional catheterisation, where a thin, sterile tube inserted into the bladder to drain urine, can create discomfort and infection among the patients, and therefore their early ambulation can also take an immense amount of time.

Such a workflow created more load on nurses, ward workers, and resident doctors. Traditional methods not only created more complications but also developed a psychological trauma among patients; ultimately leading to more work on the health care providers, which, in turn, leads to reduced efficacy among staff. In order to stay relevant and provide competent health support to its patients, Manipal Hospitals required a comprehensive initiative to improve the quality of medical procedures significantly.

According to Professor & Doctor Somashekhar S P, the chairman & HOD of surgical oncology-MHEPL, Consultant Surgical & Gynec. Onco & Robotic Surgeon, HIPEC Super Specialist of Manipal Hospitals, “Earlier, each laparotomy was associated with at least five to ten days of patients’ stay in the hospital, especially if the patient is obese. Even for a manual superficial surgical site infection patients stay for a good amount of time for recovering properly, which ultimately led to spending of extra cost and extra bed occupancy.”

Due to the pain and the long incision involved in the manual surgery, patients used to get anxious and sometimes even led to an increase in pulmonary and deep vein thrombosis complications, added Somashekhar.

Over the last few years, robotic surgery, or robot-assisted surgery (RAS) has emerged as a safe option for doctors and is considered a painless method for surgery. And, in order to reach inaccessible parts of the patient’s body, shorten the surgery time, and to reduce the side effects of the treatment, Manipal Hospitals deployed special set-ups for robotic surgery for their patients, in collaboration with da Vinci Surgical System. Manipal Hospitals started using high-end computer systems to perform their surgical procedures, whether it be critical surgeries, gynaecological procedures, bypass surgery, cancer treatment and even in the case of major organ transplants.

Robotic surgery was deployed in Manipal to overcome the limitations of minimally-invasive surgery and to enhance the capabilities of surgeons performing open surgery. It has been shown, in their reports, that surgeries that were performed with the help of robots have an early recovery of the patients. “For surgeons, surgeries using robots can be less tiring, as surgeons can now sit in front of a screen with a magnified, colour 3-D view of the surgical field,” said Somashekhar. Eventually, Manipal Hospitals also became one among the top institutes offering robotic surgery for the most cases where Minimal Invasive Surgery (MIS) is an option.

The arms of the robot are specifically designed to have complete access to the interiors of the organ curvature, which indeed is a difficult task for human doctors without damaging normal tissues. So, during the process, one arm of the robot controls the camera, and the other three hands manipulate the surgical instruments. With the help of the computers, the entire process can be observed via a high-definition 3D vision system.

Further, instead of directly using the instruments, the surgeon gets various options to control the instruments — a remote or a computer. One of the methods is to use a direct tele-manipulator, which is a remote for the surgeon to perform the regular movements associated with the surgery, while the robot continues to carry out those actions on the operation bed to perform the actual surgery on the patient. Another option that is used by Manipal surgeons is a computer that controls the robotic arms and its end-effectors. With this method, the surgeon does not have to be present at the point of surgery and can perform a remote surgery by being anywhere in the world.

And, in the case of enhanced open surgeries, autonomous instruments perform crucial actions such as rib spreading, which is much smoother with robots than what could be achieved by a human hand, reducing or eliminating the tissue trauma traditionally associated with open surgery.

“Our robotic surgeons are empowered with a three-dimensional view and massive magnification with advanced, intuitive ergonomics. The da Vinci surgical robot allows an endo wrist movement so that the surgeon can sit at ease on the chair and operate the patient,” said Somashekhar. “Such robotic surgeries, involves, smaller incisions, decreased blood loss, less pain, reduced duration of hospital stays, and quicker healing time. Further advantages are articulation beyond normal human manipulation, better accessibility to vital organs, superior visualisation and absence of fatigue to the surgeon by stabilisation of instruments.

With the help of robots, the surgeries are now done with precisions, which not only reduce the blood loss but also help in quicker healing. Articulation beyond normal manipulation and three-dimensional magnification help resulting in improved ergonomics. There also has been a drastic reduction in the duration of hospital stays for the patients and the use of pain medication.

Contrary to major beliefs, compared with conventional approaches, robotic surgery gives surgeons a better control over the instruments and provides a better view of the surgical site. In fact, robotic surgery also helps in omitting the naturally occurring hand tremors among doctors.

To provide information on a successful transplant, Dr Ravichand Siddachari, HOD & Consultant HPB & Liver Transplantation Surgery at Manipal Hospitals Bangalore said, “The patient was critically suffering from chronic liver failure, and a transplant was the only hope for him. As the donor was young, we had to be careful about leaving any scar, and therefore was apprehensive about the same.”

The doctors then decided to opt for robotic surgery. “The robotic arms equipped with a 360-degree view camera hovered inside the donor’s abdomen and carefully removed the required part of the liver from the donor with absolute precision. The scar caused by the keyhole camera was only about 10 cm, as opposed to the almost 35 cm scar that could have been caused by open surgery.” Using the robotic arm provided us with many advantages, such as speedy recovery, precision, and minimal loss of blood, added Siddachari.

Apart from the benefit of having the highest precision through robotic surgery, other merits include a minimum amount of stress for doctors, less trauma and pain to the patients, fewer risks of infection, high success rates, fewer blood transfusions, reduced blood loss, enhanced recovery rate.

“The advancement of technical expertise has helped us in enhancing our capacity to conduct complex operations. With the development of technology, patients prefer minimally invasive surgeries. Understanding the concept, Manipal Hospitals offers the very best in robotic surgery, “said Somashekhar.