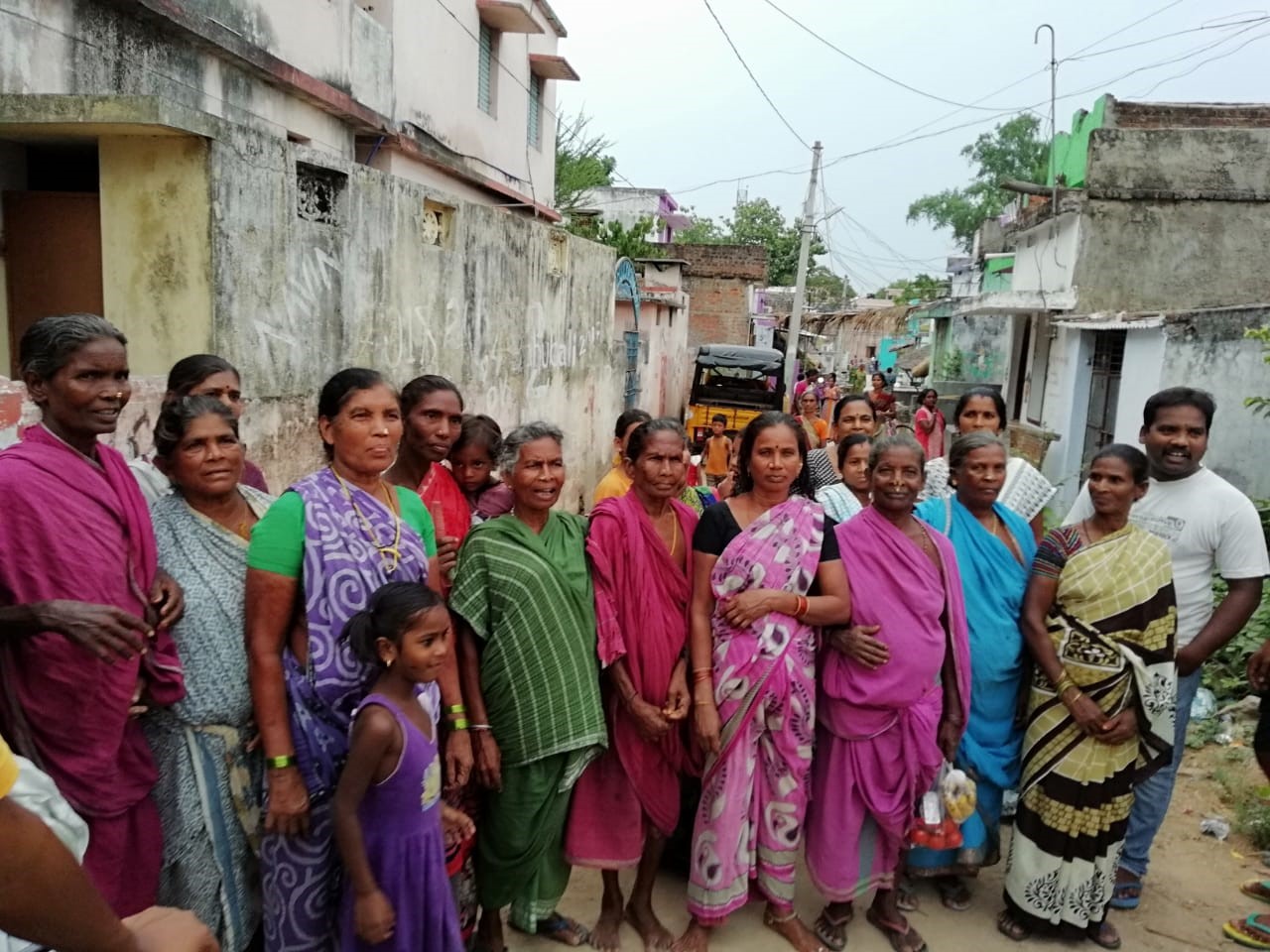 Odisha, being one of the major states in India, has a fast urbanisation rate. According to reports, while the total growth rate of population for the state over the past decade was 13.97%, it was 26.8% for the urban areas. Much of the growth of the urban area is due to the majority of the poor people migrating from rural areas for a better livelihood, which in turn, contributes to the growth of temporary settlements, also known as ‘slums’.

This increasing population in the slum area poses high demands on the urban local bodies of Odisha to provide land for housing and basic amenities. Also, not having a legal land tenure or a certificate of residence can have a detrimental impact on their overall quality of life — such as being barred from getting loans for starting businesses, or no access to basic government services or ability to find a formal job. Many of the houses also live in a constant threat from natural calamities, given that Odisha is a cyclone-prone area.

There was an urgent requirement for the state to create a complete inclusion for these slums. Hence, to provide these communities with essential amenities, in August 2017, the government of Odisha introduced a landmark law called ‘The Odisha Land Rights to Slum Dwellers Act’ to secure and transfer land rights to slum dwellers in all municipalities, nagar panchayats, and notified area councils.

The Odisha land right act covered 109 municipalities with approximately 2,500 slums in the state. It was designed so that every slum dweller living in the smallest of towns in Odisha can have rights over their land. Considering the area was massive, the biggest challenge for the government was to verify the number of slum households present in a given area and after that, make land rights accordingly.

The government decided to hand over the land rights to slum dwellers in six months. However, manual survey and mapping would have taken nearly a decade, considering the built-up area is usually dense for conducting a physical survey. Alongside, using satellite images was not an option as the GNSS (global navigation satellite system) signals were not strong and reliable as the receivers required clear sky. Even the best available satellite images did not have sufficient spatial resolution to differentiate between slum holdings. The government of Odisha also tried to implement Total Station, an electronic instrument used for surveying and building construction. However, it turned out to be time-consuming due to the limited line of sight in slums.

Looking at the scale of the problem, the state decided to have a solution that ensures survey-grade accuracies for measurements. In all stages of project execution, the choice of the right mix of technology intervention, powered by unprecedented government support and a community-led approach, was able to generate massive data of each household. A multi-stakeholder partner strategy led by Tata Trusts ensured that all relevant inputs were duly considered to ensure the goal, i.e. issuing land title certificates and transforming slums to liveable habitats.

The state used advanced technology to bring in ease of doing this accurately, create transparency in the process, remove discrepancies, reduce the dependency on human interventions and bring in speed in execution. Transerve, in association with Tata Trust and state government officials, deployed quadcopter drones to rapidly map 2,50,000 slum households and create extremely high-resolution images of each of them.

G. Mathi Vathanan, the principal secretary of housing and urban development department, government of Odisha, said, “We took the ordinance route and not the normal legislation route to ensure speed and minimise any misuse.”

While traditional surveys would have taken years to complete the work, drone-based approach not only cut down the implementation time by almost 90%, the imagery thus generated gave background and context to all the stakeholders involved. The mapping was done through unmanned aerial vehicles like drones, and data collection was done through GIS and digital-based applications.

Urban local bodies then used the drone imagery, state government, land survey professionals and slum dweller associations to identify and map every household in the slums. This dataset gave them an edge over the traditional approach of using satellite imagery.

The phase one of the projects was piloted in three districts — Kendrapada, Jagatsinghpur and Cuttack. However, the second phase will be done for the rest of the eight districts in Odisha — Nuapada, Nabrangpur, Subarnapur, Rayagada, Malkangiri, Deogarh, Kandhamal, and Gajapati.

Shishir Ranjan Dash, who has been heading the project for Tata Trusts said, “In the first phase of the project, we surveyed approximately 3,200 slum households, out of which, nearly 2,000 had received land rights. And in the second phase, the remaining 1,000 were given the land rights.”

Transerve’s GIS team also overlaid the cadastral data, which defines the geographic extent of the past, current, and future rights and interests, to bring in the context of land records onto the drone-generated imagery.

Explaining further, Ashwani Rawat, Co-Founder and Director of Transerve Technologies said, “When the maps were presented to the community through the slum dweller associations, the high-resolution imagery helped in developing trust from the slum dwellers. The maps were then linked to household-level data collected by members from the community using smart devices and data collection apps.”

TOS Collect is one such smart data collection app which spatially contextualises ground survey data. “The fusion of geospatial technology, socio-economic and household level data created one of the most comprehensive baseline datasets ever attempted in India. The entire process ensured complete fairness and transparency in the collected data,” said Rawat.

The Odisha slum-titling effort was a smart governance project, which was executed with the help of Transerve’s drone deployment and geospatial technology that ensured that accurate data was made available to all stakeholders. The drone imagery was immensely helpful for the government to further create a plan for making these slums liveable habitats. The idea of making data democratisation helped the community members understand the spatial data and use it accordingly for betterment of the slums.

With this project, the district and municipal administration of the state managed to ‘address the un-addressed,’ by geocoding all the slum households through digital numbering. The land title to the present generation of dwellers will also help them in accessing government schemes like Pradhan Mantri Awas Yojna.

Such a state-wide project generated a huge volume of data, and to manage the spatial data collected across the state, Transerve also provided a modern and collaborative geospatial engine — Transerve Online Stack (TOS). “This TOS platform can assist the municipal corporations to upload, manage and disseminate voluminous spatial data of the state,” added Rawat.

The impact of the intervention is far-reaching and has affected numerous citizens across the state. To date, more than 70,000 certificates have been distributed to slum dwellers. Studies show that land title helped in lifting the residents out of poverty by erasing the fear of eviction and cultivating safety and dignity. Title to a house turns it into an insurance and savings tool to provide security for owners during old age or bad times.