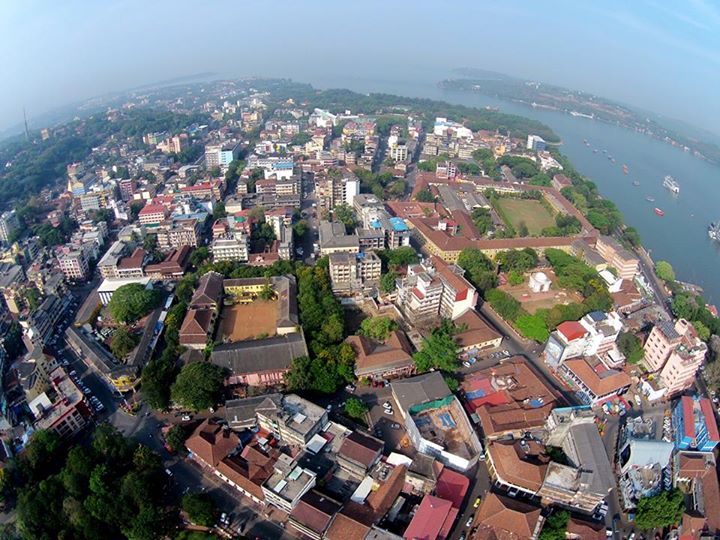 A streamlined revenue collection from property tax has always been a significant concern for most city governments. Property tax is usually imposed on individuals owning real property in the city, and the collected taxes are one of the primary sources of financing city operations and building city infrastructure. However, the majority of Indian cities lack proper infrastructure and have inadequate assessment systems of properties in cities, which in turn, creates a massive inefficiency in collecting these taxes.

In fact, according to a study, a country like India, with 29 states, is capable of generating $50 billion per annum. However, only 37% of that amount is collected every year. This has been attributed to the poor infrastructure used by urban local bodies to collect these taxes, along with inefficient systems that cannot count the taxable properties of the region.

Case in point: Panaji municipal corporation assesses the property tax based on the unit area of its properties, where the tax is only payable on the per-unit price of the built-up area of the property. The municipal corporation collects three different kinds of taxes in the city depending on the properties — house taxes for residential buildings, trade license fees for commercial ones, and signage taxes for signboards.

However, with people from rural areas constantly changing geographies and shifting their base to urban areas in search of job opportunities and a better lifestyle, it became challenging for the municipal corporations to keep a track. The ULB soon realised that that the dataset used for tax collection was incomplete and prevented the municipality from realising appropriate revenues for its citizens.

SmartMu is intelligent revenue management that uses data analytics to collect and analyse residential and commercial property data to help municipal corporations in city planning. This flexible platform by Transerve integrates data from different parts of the city using geospatial technology and sensor integration and; run analytics on it to provide real-time updates to authorities. The solution not only enabled timely updates but also completed the database of properties for the corporation of the city of Panaji.

SmartMu was deployed to digitise the whole process of tax collection and consequently created updated baseline maps and linked them with the property tax data. This integrated database covered information like property usage, ownership and the taxation details along with geo-tagged photographs, which provided complete transparency to municipal corporations in collecting revenues.

Explaining further, Sudhir S. Kerkar, deputy municipal commissioner, who was officiating this project said, “Once the quality of the data was ensured and linked with the maps, Transerve Technologies also supplied a web-based property tax management system.”

The smart solution was aimed at helping the corporation of the city of Panaji to leverage geospatial technology for intelligent decision making. “Through integrated and user-friendly software, we were directly able to exploit the system without any specific detailed technical training. Alongside, with its map-based interface, the solution has offered us with an opening to many tax-management decisions,” said Kerkar.

According to Amarsh Chaturvedi, the co-founder of Transerve Technologies, the SmartMU solution for property tax has been beneficial for urban local bodies. It stores accurate information of tax payables on the cloud which can be accessed by authorities on a single dashboard.

He further explained that integrating geospatial technology will help authorities to maintain and retrieve property data along with geo-coordinates. The smart system also offers data security which allows all officials from municipal corporations to access data to make informed decisions.

Without an expensive infrastructure integration, the solution helped the ULB in managing their data, enabling data field validation to capture missing features, and door-to-door property data capture using GPS devices. By integrating this GIS-based tax assessment system, the municipal corporation was also able to have a real-time update of the property owned, and the total tax collected in a single region. This, in turn, can help in replanning the tax amount accordingly to enhance their urban development plan.

Transerve’s SmartMu platform not only made it easy for the municipal corporations to collect and manage data but also provided transparency for the whole civic department to have a consistent and reliable tax assessment. Post the collaboration with Transerve Technologies, the corporation of the city of Panaji was able to locate all the properties of the city — included as well as exempted ones and were able to assess them smoothly without any lag.

By offering the entire geographical data of the region on a single dashboard with the help of the GIS-based property tax module, the civic department was able to digitise their whole department of the tax revenue. The smart system automated the calculation of the property tax and generating reports, which helped the corporation in efficiently managing the properties and their taxation. Its cloud-based services allow authorities to access data anytime, anywhere.

Post the deployment of the smart technology; the municipal corporation realised that only 79% of the properties of the city were under CCP House tax net, whereas 21% of the properties were not taxable. Alongside the department also managed to locate 23% of the buildings which weren’t stated under the CCP database, and even managed to collect revenues from 61% of businesses there weren’t earlier paying commercial taxes.

Kerkar added that “It was our first experiment with using modern technologies like GIS for identifying the revenue leakages in our city. A comprehensive coverage using GPS-enabled surveys and a GIS platform helped us identify gaps not only in property tax, but also in other taxes like trade license fee and signboard levies. This exercise also helped us raise awareness on better self-declaration practices by commercial establishments and also increased our tax demand substantially by around 45%.”

With these findings, the municipal department managed to increase its revenues of tax collection by ₹5 million, in just one ward, which is a significant rise from previous years. Additionally, the solution also helped in collecting that 47% of signage taxes which weren’t raised by the city, since a long time.

“The smart solution by Transerve not only enabled the municipal corporation to have a real-time update of the tax collection in the city but also enhanced the information sharing between departments of the civic authority which, in turn, helps in better planning and governance of the city,” concluded Kerkar.