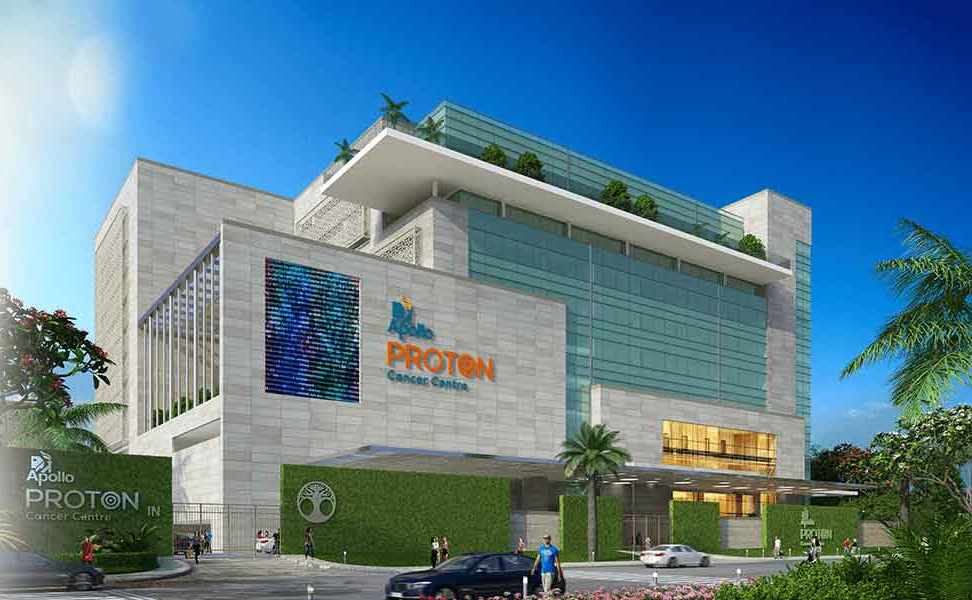 The Apollo Proton Cancer Centre is a 150-bedded integrated cancer hospital that offers comprehensive cancer care. Being Southeast Asia’s first proton therapy cancer centre, Apollo has proved to be a significant milestone in efforts to battle cancer. The advanced proton therapy at Apollo is complemented by a fully integrated treatment suite that provides the most advanced treatment procedures in surgical, radiation, and medical oncology.

India’s healthcare industry has been one of the fastest-growing sectors, and according to a report, it is even expected to reach $280 billion by the end of this year. The country has also become one of the leading destinations for high-end diagnostic services and advanced facilities, however, the primary issue faced by Indian healthcare is the lack of awareness amongst people about the different options that are available at their disposal for the treatment of various diseases.

APCC has put in efforts to bring in the first proton therapy centre in the country, however, the challenge was to create a trust in the minds of people about the therapy as well as the brand. Lack of awareness among people about the treatment has been the core challenge, along with the lack of trust on the best panel of doctors available.

Usually, people were not aware that proton therapy is available in India, and would end up shelling out a large amount of money to get treated from other clinics with traditional methods. And, therefore, the objective was to generate brand awareness and brand recognition in the minds of the people about Apollo Proton Cancer Centre in general, and about the proton therapy specifically focusing on treating different types of specialities of cancer. APCC has been trying to bring in better treatment value and affordability for its patients, however, it required a robust system to make people aware about the modern technologies fighting against cancer.

Technology has changed the landscape for the world, and newer tools like artificial intelligence and machine learning are transforming it further. The strategy APCC used was deploying ADOHM’s AI-powered tool to make people aware of the centre and proton cancer therapy.

With the AI-powered marketing suite, ADHOM helped APCC in running campaigns that focused on creating brand affinity and also increased their number of leads. The idea was to show the right ad at the right time to the right audience. ADOHM used the power of big data analytics and incorporated machine learning techniques, along with applied propensity models and predictive analysis to deliver highly personalised communication across multiple devices and channels.

The first step of the execution was to start campaigns that are focused on creating awareness about the brand through an omnichannel approach, wherein the ads will be shown on multiple platforms using predictive bidding. For this, ADOHM’s marketing and sales platform were used to search ads focusing on how proton treatment can help people who are diagnosed with cancer and offer them comprehensive care.

Also, with ADOHM, APCC was able to run ads on multiple platforms at once, and create campaigns in just 12-15 steps. ADOHM’s AI algorithm also helped APCC in understanding which platform or device is bringing in the most traffic or traction. The tool is also used in understanding the best time to optimise the ads in order to better target people looking for cancer treatment.

The second step was to showcase ads that were focused on getting more leads for APCC in order to achieve the objective of conversion. The leads that had not reached the conversion stage and were lost were also retargeted to try for a ‘cancer second opinion’, wherein people could collect referral opinions from the doctors and understand the best treatment plan suited to their needs. This was done by offering different communications through dynamic creatives and continuously showing patients the remarketing ads.

Google and Facebook have been strict with certain kinds of ads in the healthcare domain, which left Apollo with limited options in terms of content play. The hospital had to put extra thrust on optimising and acing the ad delivery while keeping the cost per lead at the minimum. And, for the exact reason, APCC deployed ADOHM’s AI solution to optimise their digital campaigns at the cheapest cost.

To explain further, Kuldeep Chaudhary, the CEO & Co-Founder, ADOHM said, that the AI algorithm deals with real-time data gathered and then builds audience profiles to serve the right ads to the right audience at the right time. The platform works on a self-learning and self-adapting module, where it tweaks the ads across channels to produce high performing campaigns 24×7. This, in turn, enables the human team to focus more on increasing the value proposition.”

ADOHM’s AI platform can understand the kind of audience checking the ads that are being run, and the data collected in the CRM further helps in optimising the ad campaigns by providing insights on the age group and the gender type. Hence, people looking for a specific type of cancer treatments were identified and targeted.

The aim was to show people the complete journey of the treatment, right from diagnosis to post-treatment care of the individual. It was not to get individuals to come and get treated for their cancer but also allow them to have a second opinion about their treatment plan and diagnosis in order to provide better guidance.

The move, according to the hospital, has generated positive results with a whopping 100% impact without an increase in the ad budget. While reducing the cost per lead by 50%, the AI tool helped in increasing the overall monthly leads by a sizable 60%.

“From day one the hospital had a 100% increase in their lead generation without increasing a single dime in the ad budget,” said John Chandy, the chief operating officer of Apollo Proton Cancer Centre in Chennai. “Such an improvement is indeed spectacular by any standards,” said Chandy.

With ADHOM’s dynamic creatives reaching a larger audience, the most amount of traction was seen from Adwords and Facebook in the period of two months while the campaigns were running. APCC was able to get a ROAS (Return on Ad Spend) of 4000%, considering the cost of the treatment is high. The centre saw an increase in the number of queries coming in for proton therapy by 60%. Even, remarketing campaigns helped in boosting the confidence of the brand and increased their engagements.

Thus, educating with the right strategy at the right time and the right place has helped in increasing awareness. In short, ADOHM’s marketing and sales platform helped in running ad campaigns on an omnichannel basis, finding and engaging consumers and personalising their experience across multiple touchpoints. In turn, APCC was able to create brand awareness about their brand Apollo and about Proton Therapy to treat cancer and the different specialities of cancers that can be cured through this therapy.

ADHOM showcased the power of AI and what it can achieve in the digital marketing domain. “We, at Apollo, are very impressed with the solution, and are looking forward to seeing ADHOM in action on our future campaigns,” concluded Chandy.