Catching Up With Announcements Made At RAISE 2020 So Far 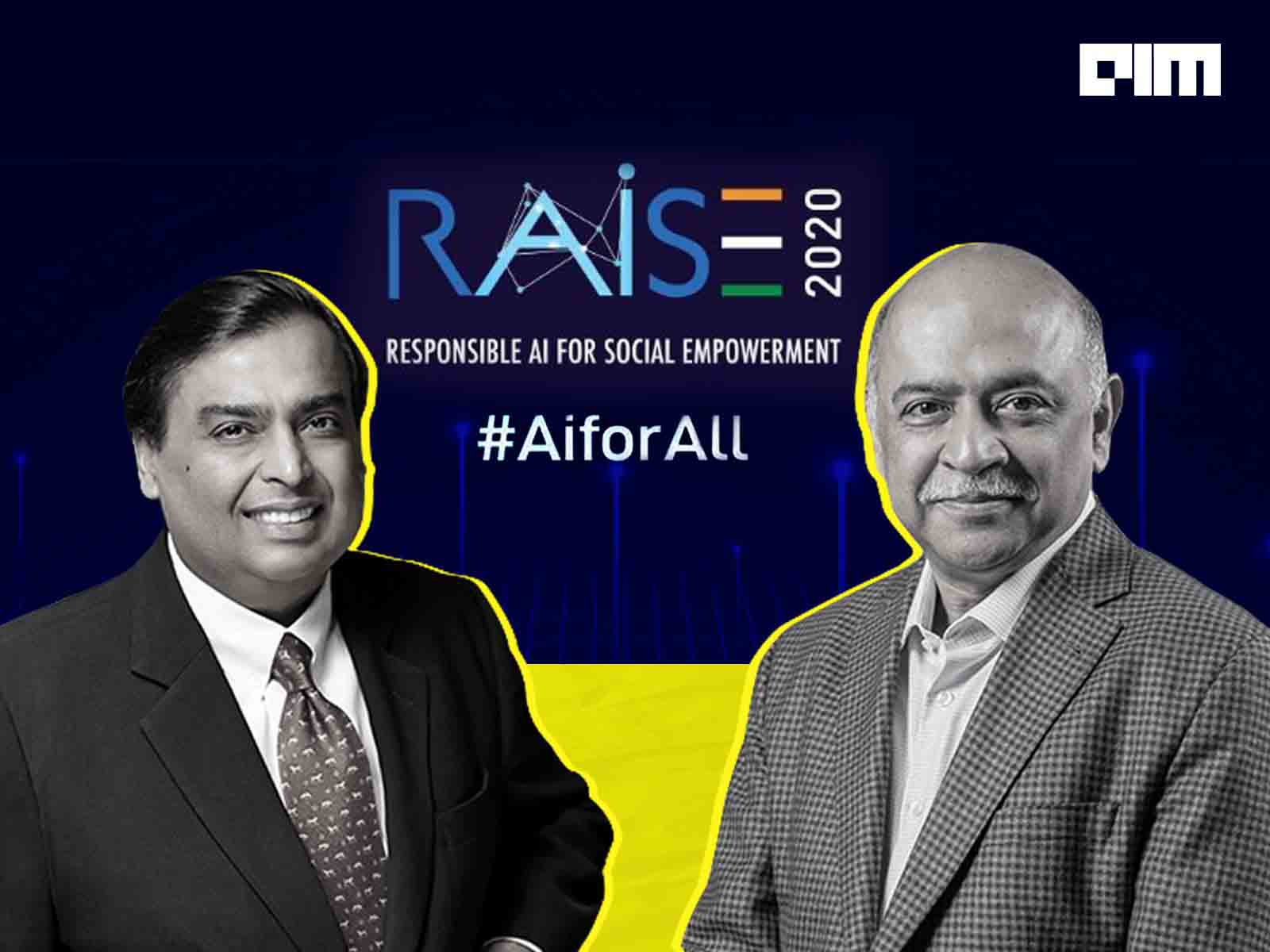 RAISE 2020, the Responsible AI for Social Empowerment Summit is taking place from 5th-9th October, organised by MeitY, along with academic and industry partners. With the participation from big tech players in AI, the event will highlight the role of AI in empowering social-economic development. With the event kick-starting with an interesting talk by Prime Minister Narendra Modi, the subsequent talks and discussions are centred around the creation of robust AI-powered public infrastructure that benefits all.

The event becomes even more important as India is one of the founding members of the Global Partnership on Artificial Intelligence, and therefore needs to bring AI-based solutions that not only benefit India but countries around the globe. RAISE 2020 aims to drive India towards a data-driven society that leverages AI for social good. It includes talks centred around AI for social empowerment, inclusion, reskilling and more.

With three days of the event concluded so far, it has seen some exciting announcements and developments. In this article, we list a few such announcements.

In one of the interesting developments, IBM announced setting up of the centre of excellence for artificial intelligence in India in partnership with Government e-Marketplace. Arvind Krishna, CEO, IBM who was talking at the event, said, “our goal is to apply the power of AI to improve usability and transparency and drive efficiency in cost saving in public procurement.” The goal is to bring about digitisation and automate procedures.

Krishna stated that AI is one of the biggest technology revolutions of the current time and that the country is uniquely positioned to lead that revolution. While AI is strongly placed, he believes that we are only about 4% into the journey globally. He said that data, craft and skills drive greater adoption of AI, and this is where India should focus its efforts.

He also highlighted a few challenges such as availability of good data, capital, and finally generating value out of it. There is also an issue of trust, especially while applying AI in highly-regulated and safety-critical domains like healthcare. “Instilling trust in AI means avoiding bias, being explainable and being able to reproduce results,” Krishna added.

While talking at RAISE 2020, Ambani pitched for the need to have a new regulation to protect data and ensure data privacy. The need for the new regulation is also required as in the coming years; countries will increasingly compete on digital capital, therefore ensuring strict regulation is the need of the hour. Ambani believes that India has a unique advantage to harness enormous digital capital for AI-driven by “bottom-up and inclusive” approach.

Ambani focused on the fact that as India is becoming a world leader in AI, a sound data regulation framework to protect this national resource and ensure data privacy. He said that in the past, we have competed on financial capital, human capital and intellectual capital, but the future will be built and completed on digital capital. “In the coming decades, the total non-biological intelligence will exceed rational intelligence of the entire human population,” he said while highlighting that AI will never replace the human mind.

He believes that AI will help in solving most complex and pressing problems, and that AI will enable India to move swiftly towards achieving its ambitious goals. AI will also be a key driver in Aatmanirbhar initiatives.

Speaking at RAISE 2020, Ajay Sawhney, Secretary, Ministry of Electronics and IT, Government of India said that the government is running AI-based pilot projects in six Union territories in the field of healthcare, and projects in education, agriculture, social justice, criminal justice and more. He further added that this has not just been announced but is already rolled out in pilot phase.

Stressing on the fact that AI is moving towards an ecosystem that includes the database, authorised service provider, registrar, among others, the government is working to make it happen across all the industries. As India aspired to reach a $5-trillion economy by 2025, projects such as these will play a crucial role in achieving it. He said India has the unique advantage of creating an opportunity from sectors such as agriculture and banking. “There is no other country, possibly in the world that you can see. Banking and agriculture sectors could be between $60 billion and 80 billion each,” he said.

Prime Minister Narendra Modi announced the winners of its AI Startup Pitchfest as a part of Aatmanirbhar Bharat challenge. He announced 21 AI startups with15 are winners, whereas 6 of them received special mention based on the work that they are performing. The startups are from industries such as healthcare, edtech, NLP, smart mobility and transportation, agriculture, and others. The jury consisted of experts from the industry, academia, and the government.

The top winners in each category will get cash awards of Rs 20 lakh each. Some of the startups that won the AI challenge are Sigtuple, Artivatic.ai in healthcare domain; Giridhari Devanathan’s ENIXTA Innovations Pvt Ltd, Haptik, and Rezo.ai in NLP sector, TartanSense and IntelloLabs in the agricultural category, among others.