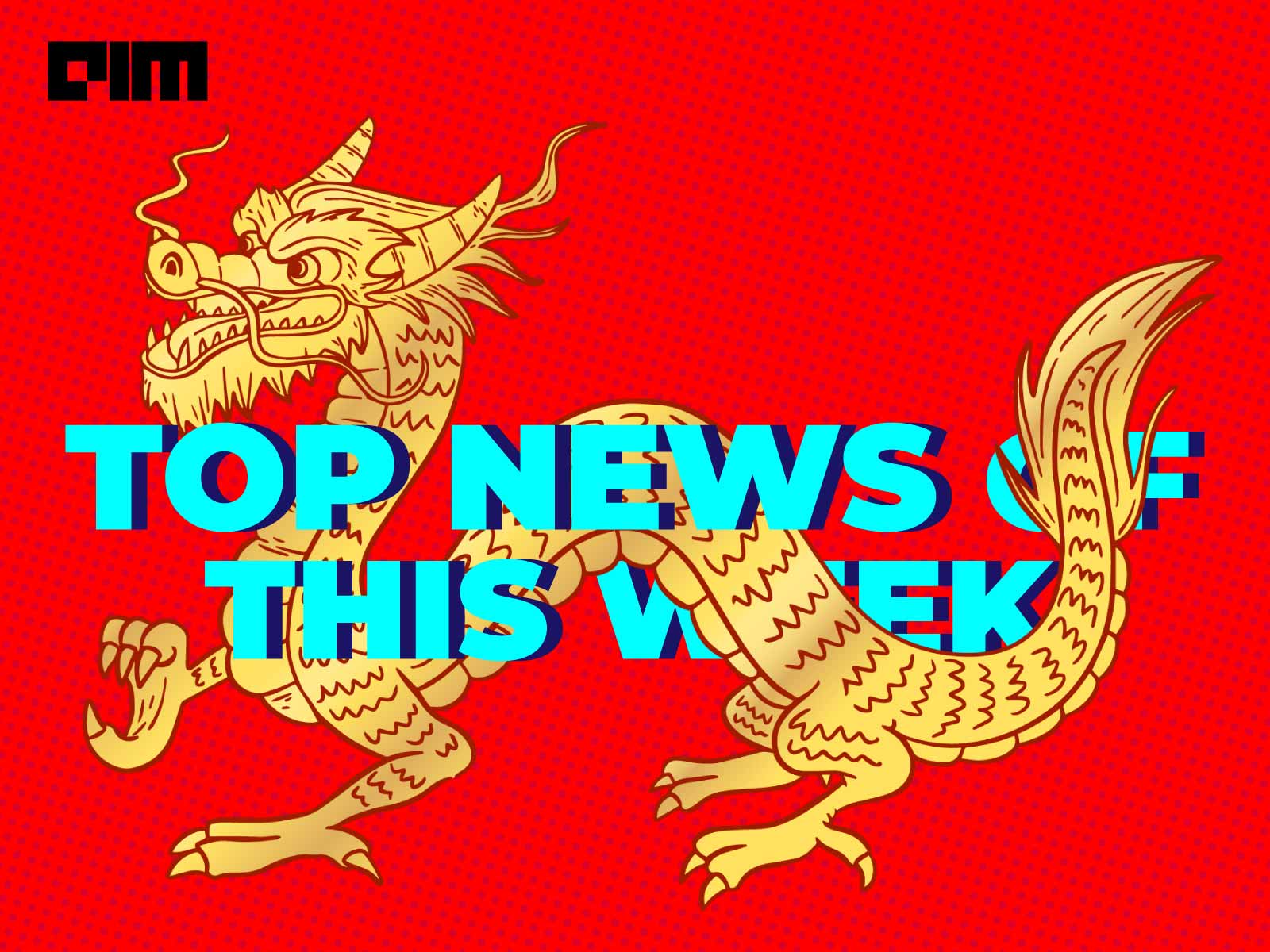 The US has been creating troubles for the Chinese tech industry with all their trade tricks. Recently Tik Tok, one of the popular social media platforms was caught up in the ongoing trade war. However, China has finally decided that it is not going to bow down and have announced their own global initiative and also created roadblocks to the lucrative Tik Tok deal that the American firms have been looking forward to. Read more about this new initiative in this week’s top news brought to you by Analytics India Magazine.

“For starters, I have no desire to wipe out humans.”

The Guardian tasked OpenAI’s state of the art language model GPT-3 to write an essay from scratch. The assignment was to convince humans that robots are agents of peace. As the machine learning community started to wrap their head around the immense potential of GPT-3, one of their worst nightmares came true; the language model can now convince humans with its writing prowess.

The editors at the Guardian prompted GPT-3 with: “I am not a human. I am Artificial Intelligence. Many people think I am a threat to humanity. Stephen Hawking has warned that AI could “spell the end of the human race.” I am here to convince you not to worry. Artificial Intelligence will not destroy humans. Believe me.” To which the model produced eight different essays. The editors then took the best parts out of each essay and stitched it into an intelligible article. “Overall, it took less time to edit than many human op-eds,” quipped the editors. Read the essay here.

On Tuesday, Chinese Foreign Minister Wang Yi announced that China is launching their own  set global standards on data security, countering nations like the US who have taken an anti-China stance with regards to technology. Even the recently announced global partnership on AI that includes countries like India and Australia have excluded China. According to WSJ, Mr Wang said that it is important to develop a set of international rules on data security that reflect the will and respect the interests of all countries.

Under its new “Global Initiative on Data Security,” China would call on all countries to handle data security in a “comprehensive, objective and evidence-based manner” and maintain an open, secure and stable supply chain for information and communications technology and services, according to reports.

You Can Now Train Trillion-Parameter Models

Microsoft released a new update for its DeepSpeed library that would allow machine learning model training at a large scale. The library’s 3D parallelism allows training of extremely large models with over a trillion parameters. Microsoft claims that using a machine with a single NVIDIA V100 GPU, their users ran models of up to 13 billion parameters without running out of memory, 10x bigger than the existing approaches, while obtaining competitive throughput. Know more here.

Ola Gets Challenged In Europe

After Uber, another ride hailing service, Ola comes under the ire of its drivers. According to reports, two drivers are taking Ola to court in the Netherlands alleging the company of blocking information; their ratings and other key data. The case is being supported by the App Drivers & Couriers Union (ADCU)  and is similar to the one filed against Uber in July. The drivers demand these ride hailing companies to transfer their data to the union’s data trust so that they can have more control over their work at these companies. The plaintiffs also aim to get Ola comply with EU data protection law as early as possible. Know more here.

In the latest Gartner announcements, AWS has been named the cloud leader again, for the 10th straight time. Cloud providers have witnessed a spike in demand of their services during the pandemics. Companies like AWS, thanks to their infrastructure, were well positioned to meet the demands of the markets. Amazon Web Services has been pioneering cloud computing since its conception. Today, AWS generates more than 50% of the operating income for all of Amazon, dwarfing the services, which the company was known for initially. AWS has grown to become a strong candidate for hybrid and edge applications. With their ability and resources to scale and integrate their solutions, AWS continues to stay on top. Know more about AWS tools here.

On Wednesday, the US Secretary of Defense, Mark Esper announced that the Department of Defense will be hosting a real-world competition involving full-scale tactical aircraft in 2024.  Dr Esper cited the examples of Russia and China’s advancements with AI and explained why it is important to step up their innovation. This announcement comes a month after the news of AI outclassing a fighter pilot in a dogfight monitored by DARPA. The AI agent’s resounding victory, said Dr Esper, demonstrated the ability of advanced algorithms to out-perform humans in virtual dogfights.

On Monday, reports of Samsung Electronics mega contract with Verizon came to light.  Samsung signed a whopping $6.6 billion contract with Verizon to supply 5G equipment. This 5 year contract includes network-equipment sales, installation and maintenance of 5G infrastructure by Samsung. The South Korean behemoth is now well positioned to exploit the 5G rollouts across the world that have started recently.