China Vs US: Battle Lines Are Drawn In The Fight For AI Upperhand 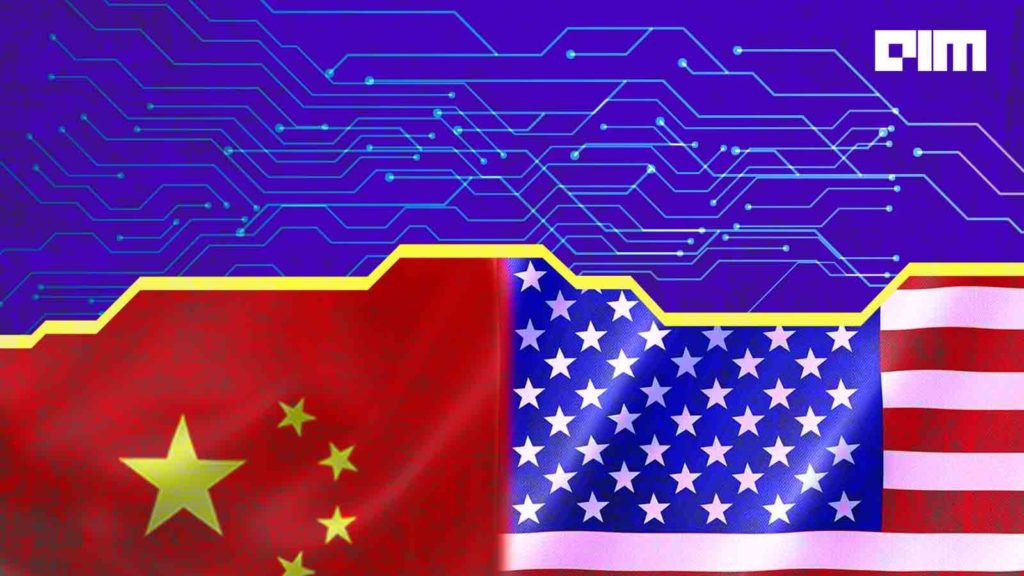 Stanford University’s research showed the total number of AI research publications increased by 34.5 percent last year: almost double from the 19.6 percent year-on-year growth in 2019. China has surpassed the US in the total number of AI journals published in the previous year. The report, AI index 2021, deals with AI metrics, including its impact on jobs, economic growth, investments in the field, journals published, diversity, and more.

The report has brought the standoff between China and the US to the fore again, albeit on the AI front this time. In the last few years, China has become a force to reckon with in AI.

Key Highlights Of The Report:

The three-step program released by China in 2017 clearly defined its goal to become an AI leader worth $150 billion by 2030. The Chinese government has also made investments in AI-focused technology research parks, apart from releasing Beijing AI Principles.

While the US has led the efforts and investment in AI, China quickly ramped up contributions in fundamental AI research. It has worked around computer vision and other AI implementations to create a massive market for successful AI startups such as SenseTime, Yitu Technology, and CloudWalk.

Quantum computing: Chinese researchers claimed to have achieved quantum supremacy with the capability of performing calculations 100 trillion times faster than the world’s most advanced supercomputer, beating Google to this milestone.

Military AI: China’s spending has also trumped the US in military AI. Experts believe if the US does not become aggressive, the country’s democracy will be doomed.

Large population: The biggest advantage China has is its outsized population, leading to an enormous potential workforce. Compared to the US and Europe, the labour cost is low, which can favour AI research.

Concerted efforts from universities and startups: Both industry and academia are working to propel AI research in computer vision, NLP and more. China is working to bring researchers back to the country by offering good perks and benefits.

Despite the growth, the country faces challenges such as expanding into the overseas market due to its aggressive foreign policies. The US-China trade war has also affected the AI investments in China.

Another challenge is the lack of technological tools. For instance, the US leads in open source platforms such as TensorFlow and Caffe. However, there are a few open-source platforms and tools still available in China, such as PaddlePaddle.

Disregard for ethical issues is a big challenge not just in China but also in other countries. China faced criticism for its use of facial recognition technology to monitor Uighurs in Xinjiang.

For long, the US has been the leader in artificial intelligence, quantum computing, blockchain, etc. Last year, the US toppled China to take the top spot as the global AI venture capital investment hub. According to ABI Research, the US commanded the most AI investment in 2018 globally at 52.3%. AI was also named the second-highest R&D priority in 2020 in the US.

Meanwhile, the National Security Commission on Artificial Intelligence (NSCAI), created in 2018, warned that the US is underprepared for the AI race and China could potentially replace the US as the AI superpower. “America is not prepared to defend or compete in the AI era,” Eric Schmidt, who chaired NSCAI, had said.

The NSCAI has also called for significant changes in the government’s approach to innovation and technology, training AI talent, building competitiveness and more.

Having said that, while China is making meaningful investments in AI, the US has the world’s largest investment market in privately-held AI companies. It might just have to make AI the top priority, just like the Chinese government, to consolidate its leadership position.