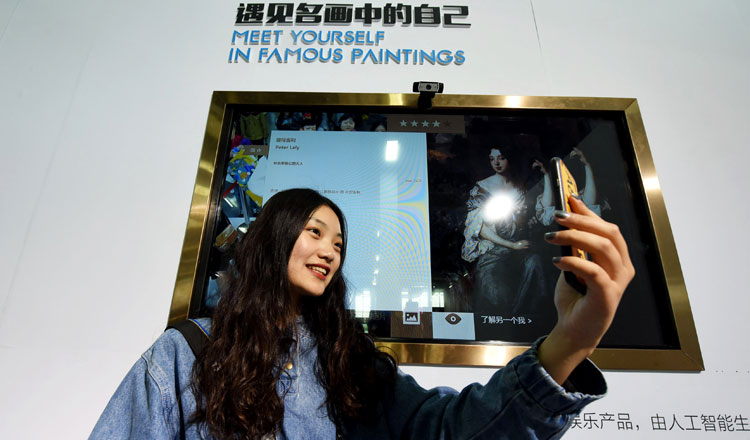 However, amid the revolt across the country against the adoption of facial recognition, China’s government on Sunday, made facial scan mandatory for the users who will buy mobile sim.

The rule will apply to the telecom firms who offer SIM cards. Under this regulation, a user purchasing new phone number will have to provide government identity card along with the facial match of customers using facial recognition technology. As per the government, the idea is to protect the legitimate rights and interests of their citizens. However, this did not go down well with people and invoked criticism from all across the globe.

Does Mandatory Facial Scans Take Surveillance To The Next Level?

In China, image recognition is being deployed in a wide range of use cases; Hong Kong police are leveraging it for three years, and it is speculated that they are using it to quell protests. Besides, the facial technology has its footprints in financial transactions; people are forced to adopt the new facilities that used computer vision techniques. Further, it is also surveillance the Xinjiang region, where citizens usually agitate for numerous religious reasons.

The technology is also expanded into public transport, concert, among others. While many do support the government for embracing the latest technologies, a few do think that the data might get compromised. Absence of robust law makes the dissent form citizens, but of late, the government is working with Chinese tech companies to draft a standard.

MiningLamp, a Beijing-based artificial intelligence solution provider. Backed by the Tencent, China Renaissance, and more, MininigLamp got off the ground quickly to expand its initial business from identifying online frauds and ad performance evaluation.

The firm helps police in determining potential drug dealers, spot crimes, among others, in more than 60 cities. A colossal amount of data is being processed that comes from different cities through CCTV cameras and the government’s data. Police are distressed in China as the proportion of population per officer is about three times the world average. Therefore, China is actively collaborating with firms to streamline their services.

The mission of expanding surveillance in China has led to the rise of many facial recognition tech companies. And now, they are selling their leading computer vision-based technology globally. Countries like Paris, France, and Zimbabwe.

More notably, Zimbabwe is en route to adopt the dystopian censorship and surveillance systems. The Cyber Crime and Cyber Security Bill of 2019 were embraced by Emmerson Mnangagwa, President and Zimbabwe. And will be placed for approval by Parliament, where it is envisioned to get approval.

CloudWalk Technology — a Chinese firm — has collaborated with the Zimbabwean government to facilitate facial recognition systems. It is feared that China will have access to the data as CloudWalk also helps police in China.

The gain in China’s facial system supremacy is allowing other countries to readily endorsing the technology, thereby, limiting the citizens’ ability to stay anonymous. Just like the surveillance systems, other countries may adopt facial scans for mobiles and proliferate it.

Facial recognition technology has been subjected to various flaws; often, it is biased and makes faulty predictions. Consequently, multiple states in the USA have rejected the adoption of the technology.

However, most of the companies, including India, is preparing to deploy computer vision systems. Following China, more and more countries are equipping facial recognition systems without even understanding the impact of its potential misuse. Instead, they should ensure the authenticity and robustness and future outcome before endorsing it.