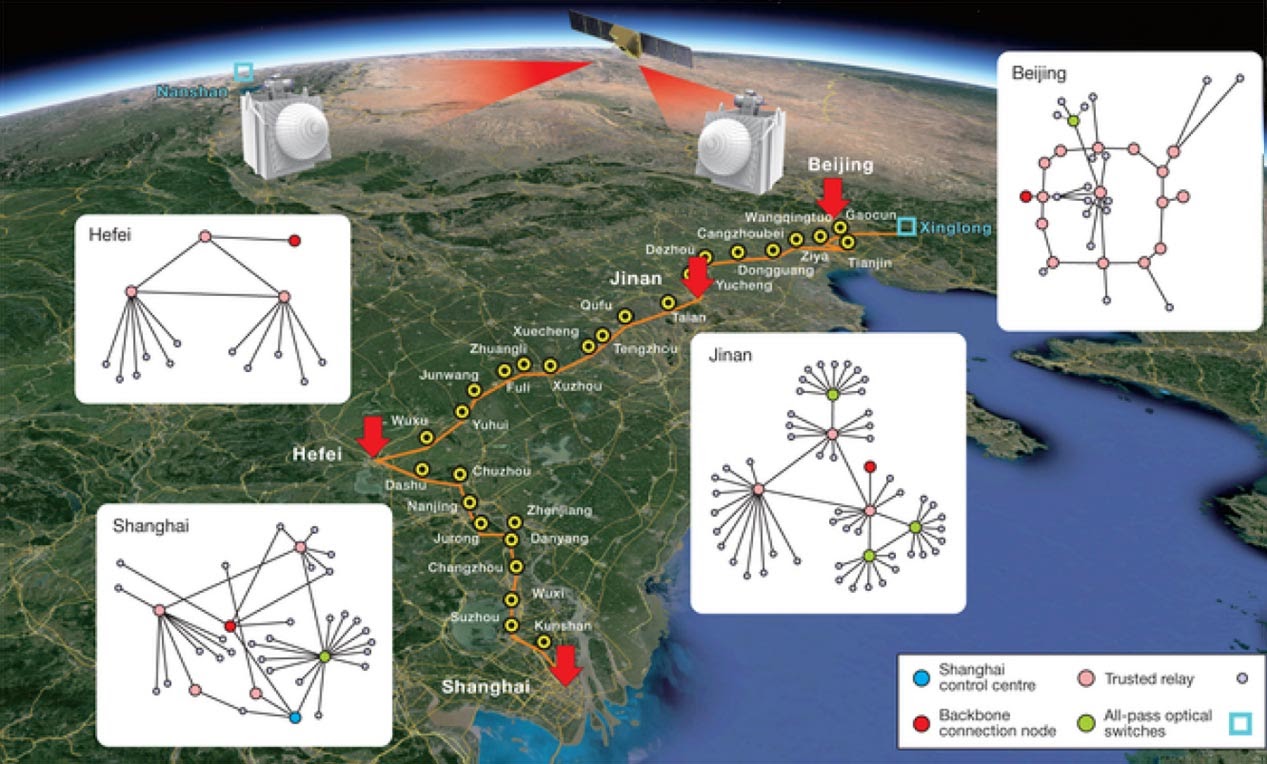 What Does It Entail?

The QKD network links four areas — Beijing, Jinan, Hefei and Shanghai– referred to as Quantum Metropolitan Area Networks. The system has a 2,000 km fiber optic link between the four cities and a satellite link spanning 2,600 km between two observatories – one in the east of Beijing and the other at China’s border with Kazakhstan.

The network taps the Micius quantum communication satellite. China launched Micius in 2016, which was used to establish a QKD connection over a 7,400 km distance between Beijing and Vienna.

The architects of the QKD network, University of Science and Technology of China, had to overcome the following challenges to establish this network:

The new network is not the first attempt at using QKD technology for communication. Past attempts have relied on optical fibers for transmission, leading to high stability but large channel loss.

Next up, the team plans to expand the network to other international partners including Austria, Italy, Russia, and Canada, and develop small-scale and cost-efficient QKD satellites and ground-based receivers for wider coverage.

Jianwei Pan, who led the team, said, “Our work shows that quantum communication technology is sufficiently mature for large-scale practical applications. Similarly, a global quantum communication network can be established if national quantum networks from different countries are combined, and if universities, institutions, and companies come together to standardize related protocols, hardware, etc.” Interestingly, Pan, who was also involved in developing the Micius satellite, is referred to as China’s father of Quantum.

Quantum communication, by several parameters, is considered to be the future of secure information transmission. At the core of quantum communication is QKD. Since it depends on the photons to form strings of 1s and 0s, any attempt to eavesdrop will alter the structure of the string and raise a red flag.

China has been pumping money into quantum research, especially quantum computing, precision measurement, and communication.
Last year, China built the Jiuzhang quantum computer that can perform calculations 100 trillion times faster than a conventional computer, beating the previous best by a factor of 10 billion.