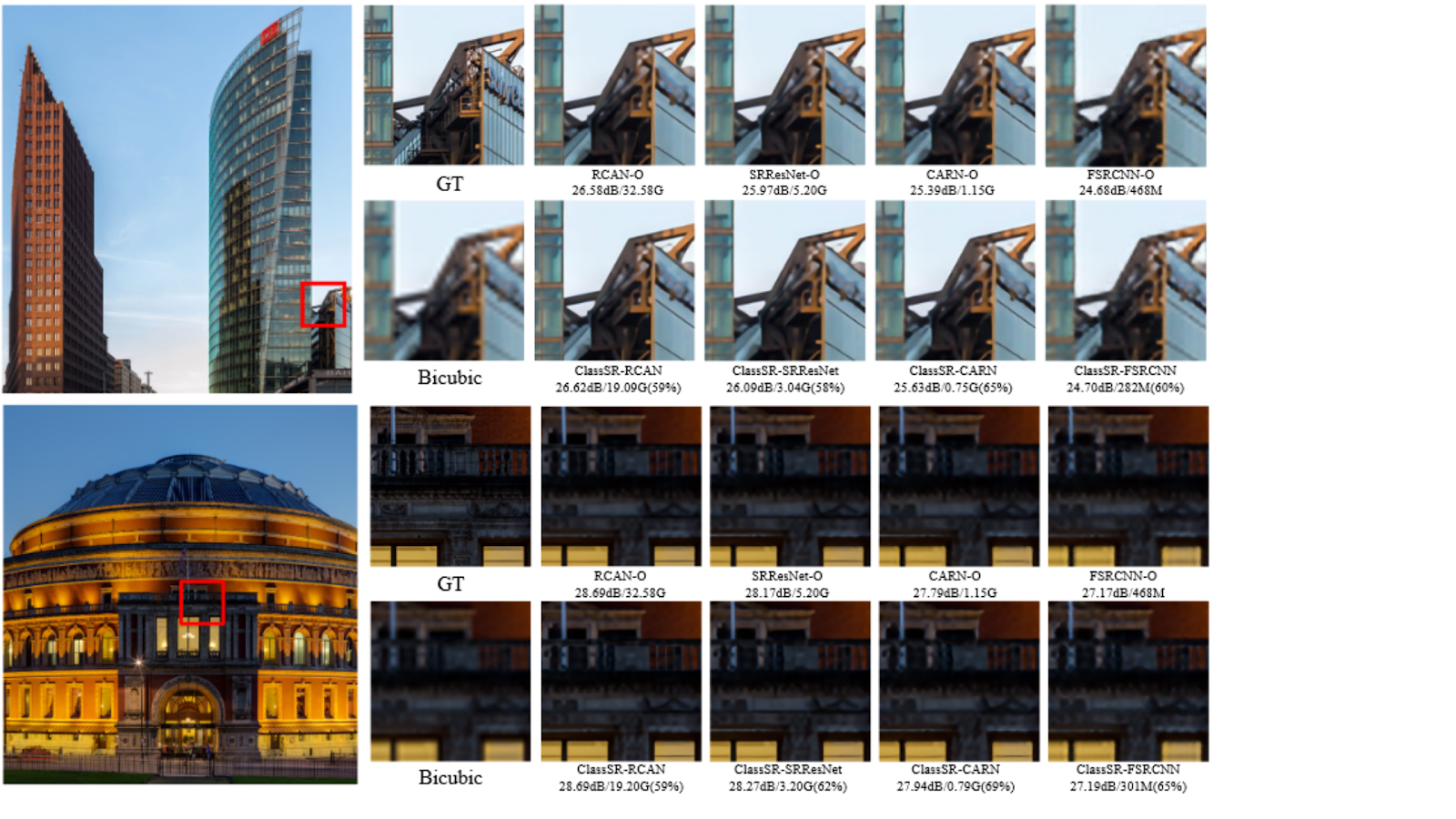 A geek in Machine Learning with a Master's degree in…

Nuro’s Plan With The Recent Funding

CNN-based deep neural networks such as SRCNN, VDSR, SRResNet, EDSR, RDN, RRDB, RCAN, SAN and RFA had introduced the super-resolution domain and developed greatly. However, they have limited practical applications due to their expensive computational costs. Light-weight models such as FSRCNN, ESPCN, LapSRN, CARN, IMDN and PAN have been introduced to improve super-resolution performance while reducing the computational complexity. However, the large-sized real-world tasks and very-high-resolution output devices such as TV monitors challenge the practical implementation of these networks. An approach that utilizes relatively less computational cost without compromising excellent performance has become the need for the super-resolution domain.

The ClassSR framework is a pipeline with two modules: a classification module known as the Class-Module and a super-resolution module known as the SR-Module. Both the modules function simultaneously during deployment. The original large image is broken down into image patches (sub-images) and fed into the Class-Module of the ClassSR. The Class-Module classifies the input image patches into one of the three categories: simple, medium, and hard based on their restoration ability. This module uses newly introduced Class-Loss and Average-Loss to obtain a better classification.

The major difference between the original networks and their ClassSR implementations is that the original networks employ the same full-sized network to restore any sub-image, thus wasting their computational resources. But, the ClassSR uses a full-sized network only for restoring the hard sub-images, a smaller network for the medium sub-images and an even smaller network for the simple sub-images. The whole framework is trained end-to-end with both modules.

Download the source code from the official repository using the following commands.

Change the directory to /content/ClassSR to proceed further with the contents.

Check the proper download of the code files and accessories using the following command.

Decompose the validation images into sub-images and classify them with the Class-Module of the ClassSR framework using the following commands.

Download the pre-trained models from the official page and move them to the /content/ClassSR/experiments/pretrained_models directory. The following commands test the models with downloaded validation images.

The above commands test the framework with FSRCNN model, CARN model, SRResNet model and RCAN model on the same images for comparison. The test results are logged in the folder /content/ClassSR/results. Visualization of log results can be performed using the tensorboardX library.

ClassSR is implemented on existing super-resolution methods such as FSRCNN, CARN, SRResNet and RCAN. The original versions and the ClassSR implementations are trained and evaluated on the DIV2K dataset and DIV8K dataset. Computational complexity is measured in terms of the FLOPs and the restoration quality is measured in terms of the Peak Signal-to-Noise Ratio (PSNR) metric.

Note: Illustrations and images other than the code outputs are obtained from the original research paper.

Nuro’s Plan With The Recent Funding

Getting Started With OpenCV In Python

A Guide to Barlow Twins: Self-Supervised Learning via Redundancy Reduction

Hands-on Guide to The Evolved Transformer on Neural Machine Translation