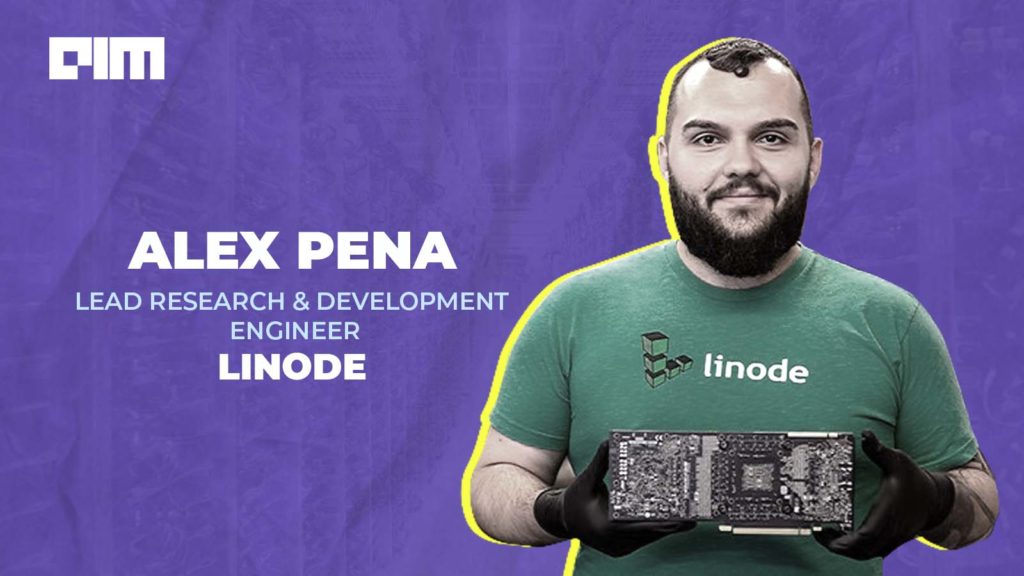 Over the past few years, the industry has seen a massive evolution of GPUs go from a pure graphics-rendering card to one of the core components of compute-intensive disciplines like artificial intelligence and machine learning. These advanced applications use large sets of data to build prediction algorithms for things we use every day, like recommendation engines for shopping and search engines, and things that are quickly emerging, like self-driving cars. GPUs provide the processing power that is necessary to handle the intense data computation that makes these new technologies possible.

As enterprises around the globe are gearing up to resume their business operations post the COVID-19 pandemic, artificial intelligence, machine learning as well as deep learning will turn out to be the new normal. Ensuring that operations, especially high-performance computing, are conducted seamlessly through automation and on the cloud will be the key focus for all enterprises. This is where Linode’s high-capacity GPU offering is helping companies spread out their compute-intensive workloads among multiple cloud servers.

In the Indian market, Linode sees a clear path to the massive adoption of GPUs in vehicle manufacturing, e-commerce, video rendering, and life sciences, among others. Linode offers GPU-optimised virtual machines to execute complex processing, deep learning, and ray tracing workloads. To understand how GPUs are revolutionising a compute-intensive environment, we got in touch with Alex Pena, Lead Research & Development Engineer at Linode.

How are cloud-based GPUs removing the barrier of entry for complex use cases around AI, ML, DL, and scientific computing?

Traditionally GPUs have been confined to personal computers and gaming rigs, but currently, cloud-based GPUs are becoming more accessible. For example, cloud-based GPUs offer virtually limitless compute on-demand, allowing users to engage compute power for as little as an hour — or persistently for months on end — which is often more cost-efficient than purchasing and maintaining hardware on-premises. Flexible pricing models of cloud-based GPUs is another factor that helps in removing the barriers to entry by enabling users to choose from a range of prices and plans and accommodate any scope or workload.

In the coming years, the GPU market in India is likely to experience lucrative growth from verticals, such as BFSI, retail, healthcare, aerospace, and media and entertainment, especially after the technology was identified as a key pillar for a self-reliant India. This presents a massive opportunity for Indian startups to develop and leverage technologies like augmented reality, virtual reality, machine learning, artificial intelligence, and other cognitive technologies to democratise areas like healthcare and agriculture. We are also witnessing a trend in the industry where people want to do faster and parallelised workloads, which is a perfect use case for GPUs.

How is Linode participating in this revolution? How is the presence in the Indian market?

Linode is the first cloud service providers in the industry to offer multiple dedicated NVIDIA Quadro RTX 6000 GPUs and includes all three major types of processing cores, i.e. CUDA, Tensor, and Ray Tracing. Our partnership with NVIDIA allows us to offer superior price-performance for our customers on a range of workloads, including machine learning, artificial intelligence, high-quality graphics rendering, video transcoding, and scientific computing.

This, coupled with our dedicated CPUs, equip us to deliver the latest technology to more end-users and foster innovation for each one of them, no matter where they are in the world. Now that we have successfully rolled out our GPUs in Mumbai, we are working on adding GPU instances in Frankfurt, Singapore, and expanding availability in Newark to provide global coverage.

How is Linode positioned to accelerate India’s adoption of AI, robotics, and data science through GPUs?

From deploying AI for flood alerts to conducting online exams, India has the potential to position itself as one of the leading nations of the world, with respect to innovations. In India, it has been noted that some MSMEs and startups want to run artificial intelligence, deep learning as well as a neural network, but are often struggling with the cash required for the same. The startup industry also encounters massive challenges in terms of investing in hardware or having the expertise necessary to put it into a rack in the data centre. So, there we are dedicated to making GPU technology accessible and affordable so more developers can access the power they need to innovate.

Adding to that, our cloud-based GPUs act as a bridge between multiple dedicated GPU clusters and the users, who can now easily choose the commonly used deep learning frameworks, such as Pytorch and TensorFlow to write AI models. Further, with NVIDIA Quadro RTX 6000 GPUs, the types of workloads users can run on Linode are virtually endless.

Who are the competitors and how it stands out of the crowd?

Linode is unique in the sense that we were the first alternative cloud provider that is currently offering affordable and accessible GPUs to the industry. In fact, in a recently conducted study where the performance of GPU-based virtual machines is evaluated, Linode presented a significant competition to companies like Amazon Web Services, Microsoft Azure, as well as Google Compute Engine for a wide range of workloads. According to the report, Linode turned out to be the fastest VM, beating the next best by approximately 9%. Along with this, Linode also provides the same with a significantly lower price point than the other cloud service providers.

The study also concluded that we provide better performance at a much lower price point than the other VMs, outperforming its closest competitor by 113%. In addition to this, the RTX 6000 VMs from Linode surpasses the competition when it comes to rendering workloads. Further to the performance, Linode is also providing a competitive pricing point compared to its competitors for the same set of services and features.

Another critical aspect that differentiates Linode from its competitors is its customer support and the customer experience it presents. The customer support is always addressed by an actual person instead of a voice-activated bot to troubleshoot customers’ problems and provide solutions.

What is the future looking like for the GPU industry, from the current perspective?

Low price points and on-demand scalability will lead to this demand. Also, as the government of India increasingly focuses on smart cities and energy-efficient buildings, they will require high-performing GPUs to run the real-time process seamlessly, along with the deployment of deep learning for predictive analytics. All this and more will lead to the growth of GPUs in the future.