With such high-flying careers and a fat paycheck, the Kurian brothers are easily among the most successful siblings in the tech world. 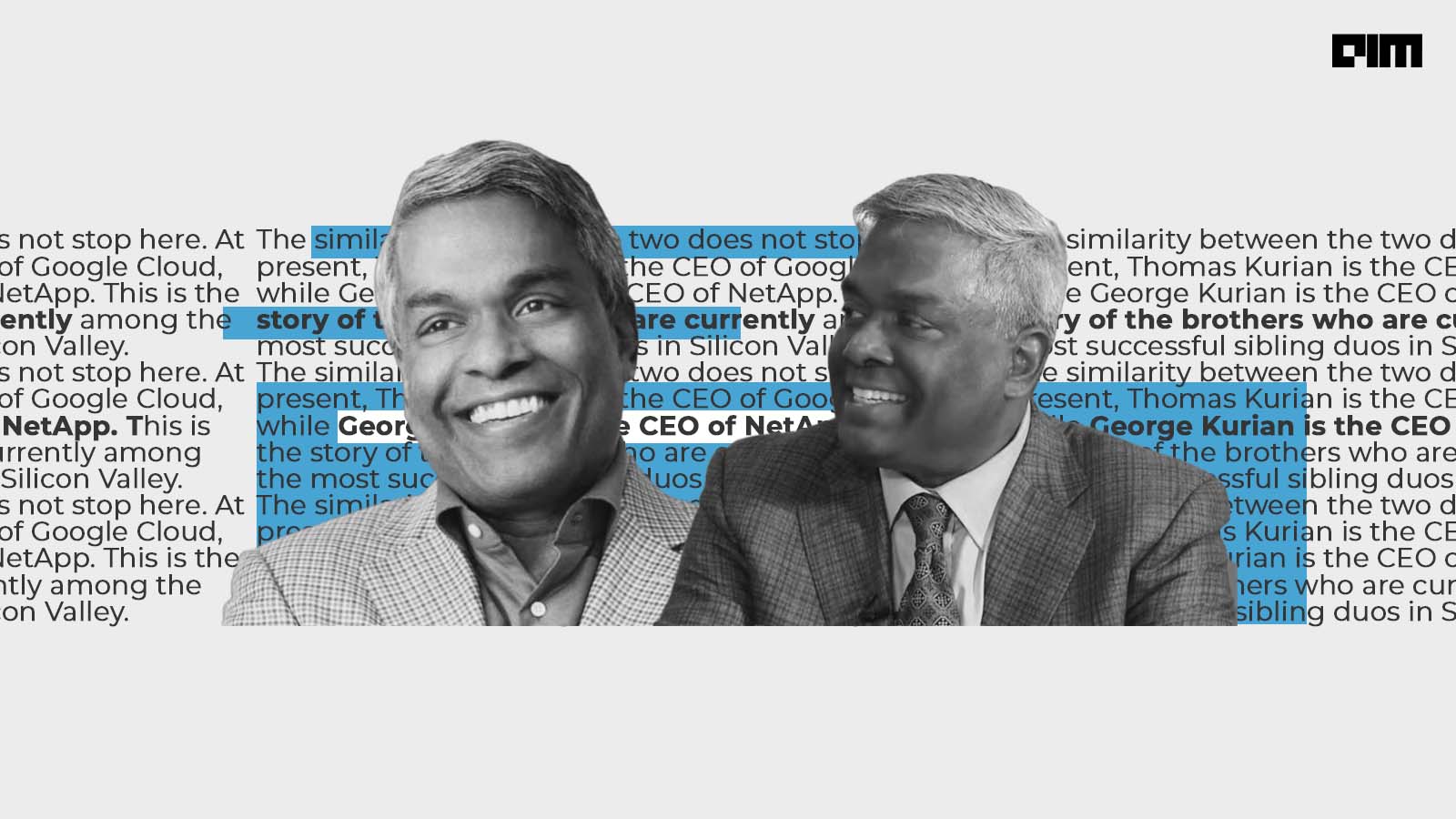 Crossing seven seas, as they say, arriving at the US bewildered and excited the Kurian brothers in a good nervous way. Much later in his career, Thomas seems to have recounted his experience of visiting an American sandwich shop and being absolutely blown by the fact that he could choose from wide options for bread.

An outstanding student, Thomas joined Mckinsey & Co. after college. He was a consultant serving clients in the software, financial services, and telecommunications industries at this firm. He worked at Mckinsey for six years and also pursued an MBA from Stanford Graduate School of Business as an Arjay Miller Scholar at the time.

The Oracle stint, where he spent 22 years, has been one of the major highlights of Thomas’ career. In the initial years, Thomas held product management and development roles—leading up to his first executive position as the vice president of the company’s e-Business division. Following that, he took over the Oracle Fusion Middleware product family—leading it to become the industry’s best middleware product suite. His other achievements include making an application server software, Oracle’s fastest-growing business.

Later, in his role as the president of product development, Thomas led over 3000 product development projects and was responsible for the delivery of products like Oracle Database and Oracle Fusion Middleware, among others. During this time, he also became the fifth highest-paid tech executive in 2010. However, Thomas’ association with Oracle came to an end in 2018 following an alleged fallout with Larry Ellison, Oracle’s co-founder.

He then joined Google’s cloud division. Soon after assuming this position, Thomas made some high-level hires which included Rob Enslin, the president of the cloud business group at SAP PE. He changed the strategy of his team to bring focus on software packages. Along with adopting technologies like machine learning and data analytics, he also started selling Google’s other products like Android and Maps.

Taking on his former employer Oracle directly, Thomas made it a priority to strengthen Google Cloud’s hold in the database market. All these efforts and some more over the years have ensured the steady growth of the company.

George started his career with Oracle, where he worked for five years, moving up to the ranks of a senior manager. Like Thomas, George also pursued an MBA degree from the Stanford University Graduate School of Business. But the similarity does not end yet. In 1996, when his brother Thomas moved to Oracle, interestingly, around the same time, Thomas also moved from Oracle to McKinsey.

At McKinsey, George worked for four years as the senior engagement manager before moving to Akamai where he worked for three years. Next, he joined Cisco, where he headed different units like product management and strategy, application delivery business unit, application networking and switching technology group.

With such high-flying careers and a fat paycheck, the Kurian brothers are easily among the most successful siblings in the tech world. From a small town in Kerala, India, to Silicon Valley, the brothers have charted quite a remarkable professional trajectory.