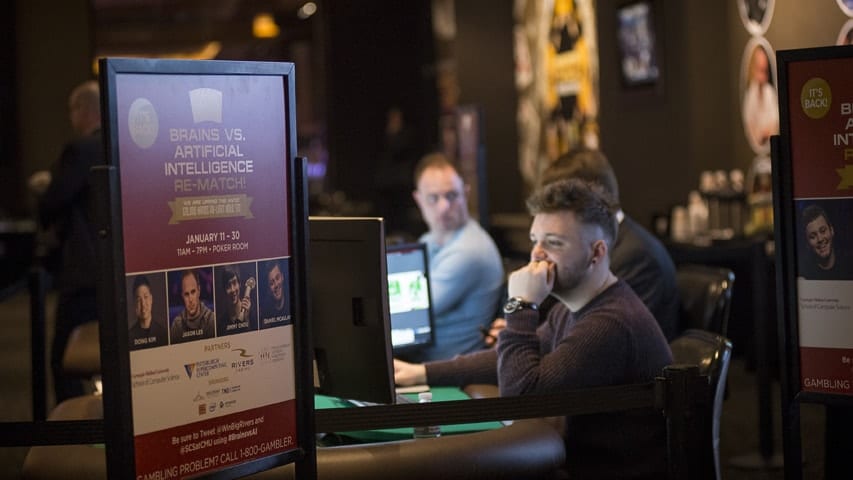 After 20 days and a win of $1.5M worth of chips, the winning numbers indicates a Poker champion giving a hard time to the competitors. But in reality it’s the Artificial intelligence that stole the show. What makes the result even more interesting is the fact that the competitors happen to be four of the world’s best professional poker players!

After having proven its mettle in games like checkers, chess and Go, Artificial intelligence is taking everyone by surprise by defeating the world champions at the Poker championship being held in a Pittsburg casino. Named “Libratus”, this AI champ turned out to be the first ever AI program to have beaten humans at Poker.

A result of an extensive research by Tuomas Sandholm, professor of computer science at Carnegie Mellon University, and his Ph.D. student, Noam Brown, Libratus is being used in this contest to play poker, an imperfect information game that requires the AI to bluff and correctly interpret misleading information to win. This makes poker a tougher game to crack than chess and Go.

The researchers believe that Libratus win this competition has opened avenues for solving cases involving complicated decision making and tasks based on imperfect information such as negotiating business deals, setting military strategy or planning a course of medical treatment.

Brains Vs. AI, which began Jan. 11 at Rivers Casino in Pittsburgh, saw Chou and three other leading players- Dong Kim, Jason Les and Daniel McAulay, competing against Libratus in a 20-day contest in which they will play 120,000 hands of Heads-Up, No-Limit Texas Hold’em poker. All four pros specialize in this two-player, unlimited bid form of Texas Hold’em and are considered among the world’s top players of the game.

One of the pros, Jimmy Chou, said he and his colleagues initially underestimated Libratus, but have come to regard it as one tough player. “The bot gets better and better every day,” Chou said. “It’s like a tougher version of us.”

In a similar Brains Vs. AI contest which was held in 2015, four leading pros amassed more chips than the AI, called Claudico. But Sandholm said he’s feeling good about Libratus’ chances as the competition proceeds. “The algorithms are performing great. They’re better at solving strategy ahead of time, better at driving strategy during play and better at improving strategy on the fly,” Sandholm said.

Pittsburgh Supercomputing Center’s Bridges computer are playing an important role by performing computations to sharpen the AI’s strategy. During the day’s game play, Bridges is used to compute end-game strategies for each hand.

Sponsored by GreatPoint Ventures, Avenue4Analytics, TNG Technology Consulting GmbH, the journal Artificial Intelligence, Intel and Optimized Markets, Inc., this championship has every eye on it to see if AI stands out to be the best!