Cognitive Abilities Of Humans Peak At The Age Of 35, Shows A Chess Study 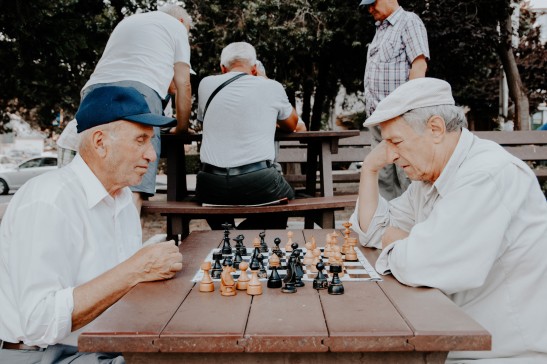 A group of researchers used data from over 24,000 chess games played between 1890 and 2014 to find the right age at which the cognitive abilities of a person peaks. The data used for the study was based on all the games played by world champions and their respective opponents throughout their entire lives.

The study, involving the analysis of 1.6 million move-by-move observations, made two major conclusions — firstly, humans reach their cognitive peak at the age of 35, which begins to decline after the age of 45; secondly, the cognitive abilities of humans today are superior to our ancestors.

Published in the Proceedings of the National Academy of Sciences, the study observed that performance reveals a hump-shaped pattern over the life cycle. Individual performance increases sharply until the early 20s and then reaches a plateau, with a peak around 35 years and a sustained decline at higher ages.”

For the study, an empirical strategy was formed to estimate the age profile of the performance in chess, a cognitively demanding task. This strategy is based on the analysis of data from professional chess tournaments involving world champions and their opponents. Considering chess performance data to gauge cognitive abilities have the following features that make them ideal for measuring age-performance profiles:

The resultant hump shape pattern in cognitive performance reveals an increase in performance with age for younger chess players below the age of 35 years. However, this same performance decreases above the age of 45 years, although the decline is not statistically significant (the graph is given below).

A similar acceleration is found for performance patterns against calendar years. It was found that the performance increased steadily over the 20th century with the steepening of performance increase during the 1990s. Coincidently, this period aligns with the phase where powerful and affordable chess engines on home computers chess-specific knowledge are highly accessible, positively affecting the preparation possibilities for participants (graph given below).

While the study considers a wide range of samples for its analysis, there are still a few limitations and loopholes that cannot be ignored.

Firstly, since the study considers world champions and their respective opponents, this study presents a potential problem of positive selection based on playing strengths and skill levels. Hence the study suggested that the results must be seen as an upper bound of cognitive performance patterns in the overall population. However, the implications of unobservable selections were not very clear.

Secondly, the systematic variation in the length of games may affect the performance through fatigue. However, it was found that among recent games, the younger players could somewhat play longer games even though the effects were not very pronounced. This could also be seen as an advantage. Additionally, it was found that the performance increases with the number of moves played per game. This factor is seemingly unaffected by fatigue.

Thirdly, it has been observed that the complexity of the game has decreased across cohorts and over time. This could possibly explain the increased performance levels in recent birth cohorts and variations in the age pattern.

Finally, it was observed that the younger cohorts are more experienced against a given age, and this experience is higher in the recent period. This could explain the observed increase in performance at younger ages.