Prophet, a Facebook Research’s project, has marked its place among the tools used by ML and Data Science enthusiasts for time-series forecasting. 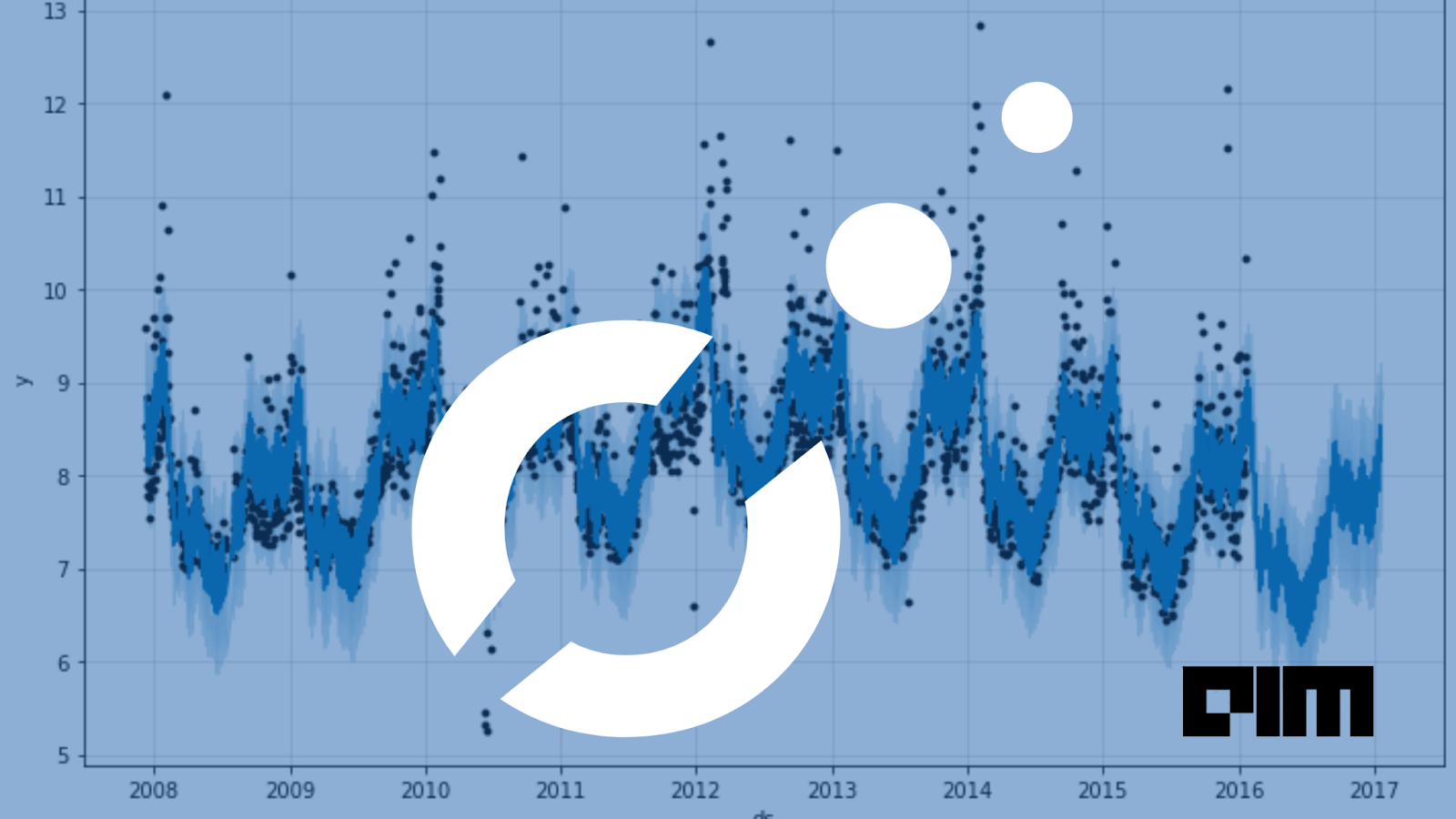 Prophet, a Facebook Research’s project, has marked its place among the tools used by ML and Data Science enthusiasts for time-series forecasting. Open-sourced on February 23, 2017 (blog), it uses an additive model to forecast time-series data. This article aims at providing an overview of the extensively used tool along with its Pythonic demonstration.

NOTE: ‘Trend’ in time-series refers to an overall change in the data with time. While the term ‘seasonality’ means the way the data changes over a specific period e.g. week, month, year etc.

Prophet employs an additive regression model having four constituents at its core:

Here’s a demonstration of using Python API for forecasting avocados’ prices using Prophet. The dataset used is available on Kaggle. The code implementation has been done using Google Colab and fbprophet 0.7.1 library. Step-wise implementation of the code is as follows:

Display some initial records of the sorted data.

First, get the minimum and maximum dates in the historical data.

These outputs show that we have records from January 2015 to March 2018.Plot the prices of that period.

The plot shows that the data is balanced i.e. equally distributed region-wise.

Create a DataFrame with future dates for forecast.

Get information on the ‘forecast’ DataFrame created by Prophet.

11)  Plot the data with recorded as well as forecasted prices.

Actual recorded prices have been marked with black dots in the above plot, while the The blue non-linear line shows the average predicted prices.

Extract data of the required region from the original data.

Plot the recorded prices for that specific region.

Forecast prices for the next one year for that specific region.