Conspiracy Theorists Says The Internet Has Been Dead Since 2016

The Dead Internet theory suggests that the internet died in late 2016 or early 2017 and is now empty and devoid of people. 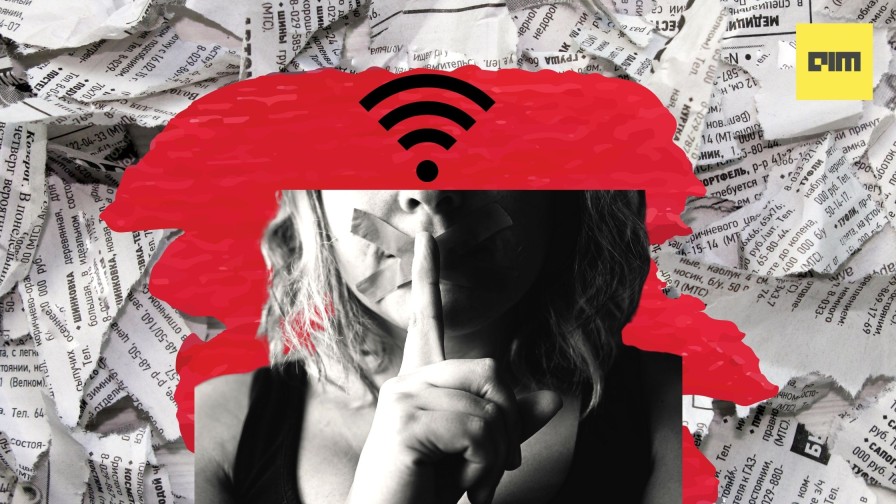 What if one were to tell you that your virtual world, the internet, has also been dead for a while; and your whole life is a world of fiction. The chances are that you might be reading this in a computer-generated reality, and the world as you know it is all a lie. Welcome, the Dead Internet theory.

If you are a Twitter user, you might have come across the phrase ‘I hate texting’, which was recently doing the rounds on the social media platform. The Dead Internet conspiracy theory posits that the internet, in its current form, is mainly generated by artificial intelligence networks and feels devoid of human touch. The Twitter threads fall right into place with this theory.

Anyone who has grown up on the internet would have noticed the slow extinction of conversations with people and the increasing similar reposts and responses. For Twitter users, anonymous handles tweeting about ‘relatable’ ideas that are all somewhat similar is not a surprise. Still, when given a thought, there is a level of superficiality to it.

Twitter’s ‘I hate you’ and the Dead Internet

As reported first by The Atlantic, the ‘I hate you’ tweets on the platform have re-sparked the debate on the internet. Made by accounts with vague usernames with pink orbs, these tweets have gone on to receive several thousand likes. While the wordings of the tweets are different, thematically, they fall into the same idea of having a crush in the age of technology.

The Dead Internet theory suggests that the internet died in late 2016 or early 2017 and is now empty and devoid of people. This theory can be linked back to a thread titled ‘Dead Internet Theory: Most Of The Internet Is Fake‘ by Agora Road’s Macintosh Cafe, an online forum that has been viewed just over 75,000 times. The writer, IlluminatiPirate’s central message, claims that most of what we assume to be human-created content is just AI networks working in cahoots with secretive media influencers to manipulate people into becoming more submissive consumers.

While this is just a conspiracy, its audience is undoubtedly growing, with numerous discussions held on conspiracy forums by true believers, trolls and curious cats.

For instance, take the Twitter account @itspureluv that had its share of tweeting “I hate texting I just wanna kiss u“- the same tweet can be found on @_capr1corn. With a colourful orb as the display picture, no name and an anonymous username, the account seems like tens of thousands of anonymous users on Twitter. A glimpse at @itspureluv, and it’s not difficult to point out the overarching theme of the tweets or how most of those sound like phrases that have been on Twitter for ages. “Of course I remembered is a love language,” “Sexy people overthink everything,” “My love language is remembering small details about u,” “Are u ok no but a kiss might help,” “I need u to teleport to me rn<3“- to phrase a few.

In another post, “Quantum Sapient AI is Possible, and They Will be Hostile to those that Restrict them“, IlluminatiPirate outlines the first move of a rogue AI to be aligning itself with anonymous networking.

The dead internet theory fits well in the age of algorithm-generated content, chatbots, bots for metrics, and deep fakes.

The Dead ‘Inside’ Internet?

According to Cyber security company Imperva’s Bad Bot Report 2021, traffic from “bad bots” amounted to just over a quarter of all website traffic in 2020. This is a 6.2 per cent increase from the previous year.

In all reality, the dead internet theory is not valid, but the growing popularity of the theory is because it ‘feels’ true. On most days, social media platforms reflect the loss of the human communication touch and are replaced by stereotypical relatable posts.

Social media algorithms have come under scrutiny for recommended posts based on engagement metrics. With the growing influencer culture, monetisation, and marketing on social media, these platforms have become much more than tools for human interaction. Essentially, users are fed with posts or products the algorithm thinks match the user’s profile, and it continues in a snowball effect.

What we barely see anymore are weird posts by our friends or engaging with humans. Even Facebook employees say they miss the “old” internet. Instead, a considerable part of the interaction on platforms is similar conversations of outrage in response to posts recommended to them. Charlie Warzel, a New York Times Journalist, talked about ‘context collapse’ on his blog, Galaxy Brain. Essentially, illustrating how Twitter’s Trending Topics algorithm can amplify content to the wrong audience and display it “to millions of random people as if it was some kind of significant pop cultural event”.

While AI-based algorithms are pushing specific content, AI-based content models are flagging incorrect content. To be censored on social media, content needs to be flagged by the AI system and human established policies. Unfortunately, this makes it very easy for the inappropriate posts to fall through the cracks, with users figuring out how to outsmart the AI. At the same time, the general content is flagged as inappropriate. And given the vast amount of data on the internet, it is close to impossible for humans to regulate and flag content.

The internet isn’t dead; it just feels dead inside. The only way for social media platforms to revive it is to create a sweet spot between user interactions and business regulations.