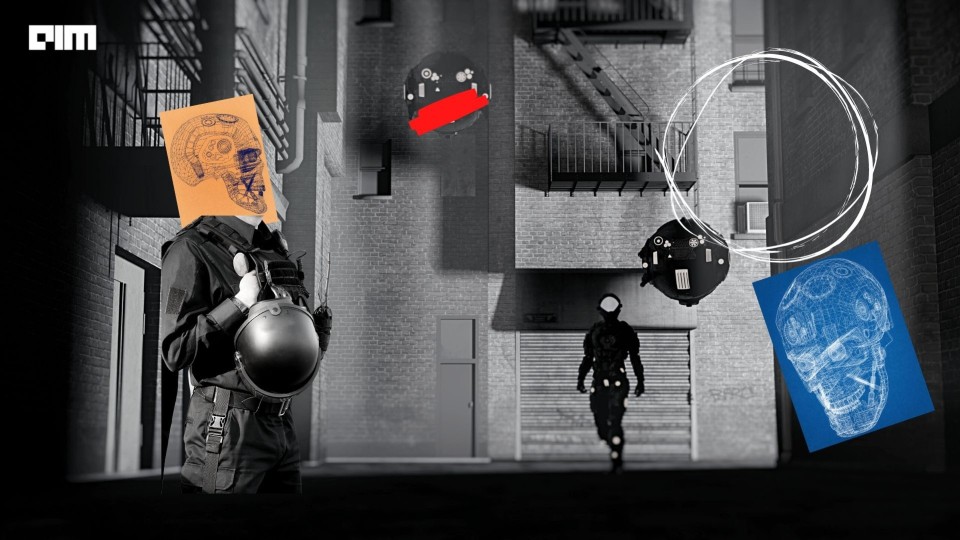 Imagine this – you are caught for cutting a red light, but you have a valid reason, and the police holding you cuts you some slack and lets you go. A robot surely won’t hear you out. But what if you bribe it to let you go? A robot surely won’t take it. This robot revolution has been supported by lighter mechanical parts, cheaper, better sensors and more sophisticated computers.

The RoboCop debate is long and lengthy, but some countries are taking the chance on deploying robots for police patrolling. Let’s take a look at some of them.

If you’re a robotics follower, you would have surely heard about the controversy surrounding Singapore’s latest member, Xavier. Singapore’s government is deploying robots to police and patrol for undesirable social behaviours – especially breaking COVID-19 rules.

Xavier is equipped with a 360-degree camera allowing it to survey a huge landscape and feed the collected data into its AI system, flagging undesirable behaviour for human policies at the police station.

So, while Singaporeans don’t have to worry about Xavier putting them in a handcuff or driving them to a police station, they should be aware of Xavier calling for police backup. The display on the robot shows a message to the person describing the wrong action they have done.

Singapore is ranked as one of the safest countries in the world, and Xavier is the latest addition to ensure covid safety measures, prohibit public smoking and improper parking in its trial run.

Singapore’s home affairs minister, K Shanmugam, hopes to have more than 200,000 police cameras by 2030, doubling the surveillance in Singapore.

In April this year, the NYPD tried and ended its contract with the Boston Dynamics firm Digidogs. This was after the device supposed to “save lives, protect people and protect officers” sparked major backlash in the US after footage of the robot’s use case patrolling public housing went viral.

The police started using the four-legged device to go places that were too dangerous to send officers. The police had deployed the robot close to half a dozen times as a mobile camera during potentially hostile events, including a barricade and hostage situations. However, the robot dog that can climb stairs and has better video recording tools stopped when NYPD’s lease with Boston Dynamics ended in August.

Tunisia adopted a police robot last year to patrol areas in its Capital city, Tunis. The main aim of the robot police was to ensure that people were observing the COVID19 lockdown.

Known as PGuard, the robocop is remotely operated. It is equipped with infrared & thermal imaging cameras and a sound & light alarm system.

Less intrusive than the rest of the robot policies, Tunisia’s robocop looks out for people on largely deserted streets during the lockdown, approaches them and asks them why they are out. It then goes on to say, “What are you doing? Show me your ID. You don’t know there’s a lockdown?” Finally, the person’s ID is sent back to the police officers controlling the robocop.

The robot’s Tunisian creator Anis Sahbani initially created the robot in 2015, operating on AI, and was carried forward by Sahbani’s Enova Robotics firm that sells the technology to overseas security companies. The company has plans of deploying another robot assisting coronavirus patients in communicating with relatives.

While the robocop has received its share of controversy, The PGuard has become fairly popular on social media with positive user postings. For example, one of the popular videos features a man explaining to the robocop that he is out to buy cigarettes, to which the robot replied, “OK, buy your tobacco, but be quick and go home.”

During the COVID 19 pandemic, Hyderabad-based robotics company H-Bots introduced the RoboCop for the police department and a disinfectant robot, Accord. The company is now building an advanced humanoid six feet tall RoboCop.

The cop can identify a person complaining, identify suspects, monitor temperature and stationary objects, and report to the police immediately. The robot is loaded with cameras, ultrasonic sensors, temperature sensors, and proximity sensors to record audio and video footage. It is built to be autonomously deployed in public places, malls, and airports to replace security guards. RoboCop can take over responsibilities as small as printing a boarding pass to as serious as diffusing bombs.

With English language capabilities already in-built, RoboCop is being tested to interact in six different languages. The robots are priced between Rs 5 lakhs and Rs 20 lakhs, depending on the features.

Defense Department contractor Ghost Robotics is introducing four semi-autonomous robots in Florida. The robot will be unleashed in its Tyndall Air Force Base, introducing robot dogs to conflict zones.

The military has claimed the Vision 60’s high tech canines as a leverageable tool to replace stationary surveillance cameras and enhance security. Ghost Robotics pictures the robot being used for responsibilities like working with bombs, scouting, and targeting next year.

Ghost Robotics’ computerised canines are trained to operate in subzero temperatures that can move like real animals, climb steps, and run and turn themselves upright if knocked over.

Inside a Robot Company

A robocop manufacturing company, Knightscope, currently has robocops patrolling corporate campuses, malls, hospitals, and other public places. In 2019, its deployment in California was claimed to have caused a 46 per cent drop in crimes and a 27 per cent increase in arrests.

Knightscope has ensured that their robots aren’t meant to actively police people or apprehend suspects, but serve as an extra set of eyes and ears, be a friend to fellow citizens, and deter criminals.

While we may not see a big brother for a while, the future only sees more build upon these robots. How they will change the world is still to be seen.