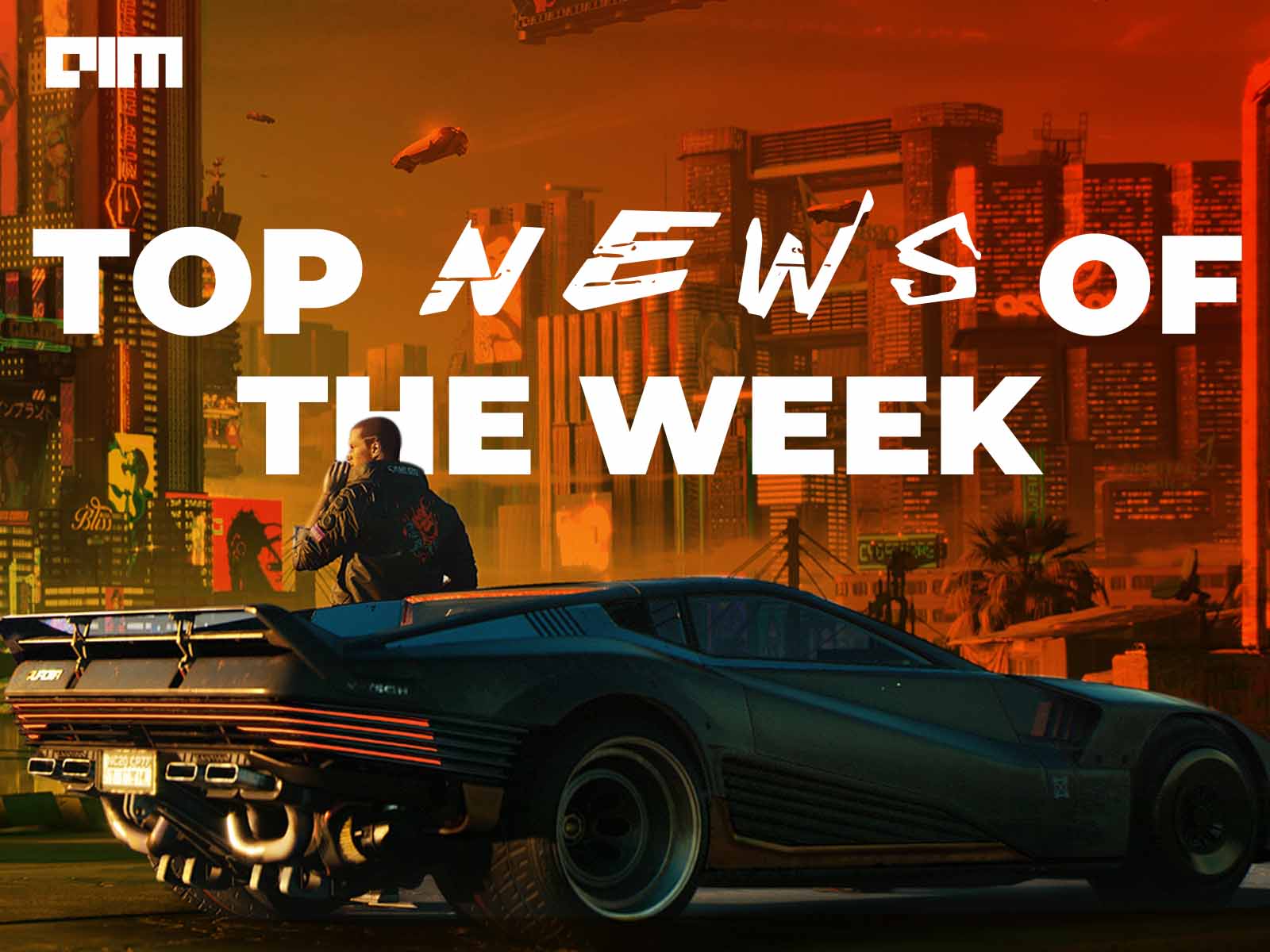 “Cyberflunk”–No, we are not taking a dig at the ill-fated video game. This is something more serious. The world wide cybersecurity systems were reported to have succumbed to a suspected Russian hack that compromised nearly 18,000 companies across the world including the critical government institutions of the United States of America. Okay, we lied! There is something to say about Cyberpunk 2077 as well. The video game which came under attack for its technical glitches were actually a result of the inefficiencies caused due to the remote work at the gaming company. One more week and some more bad news for the internet giants. Google was accused of getting cozy with Facebook for an unfair leverage over global online ad marketing. Read more about this in this week’s top tech news brought to you by Analytics India Magazine.

Geoff Hinton is back in action and so are Capsule networks.  In this latest work, the researchers propose a capsule architecture trained in an unsupervised fashion — by only observing pairs of randomly rotated 3D point clouds of the same object.  Google Brain’s Andrea Tagliasacch said that this work can enable state-of-the-art results across a number of applications, such as canonicalization (i.e. registration), reconstruction (i.e. auto-encoding), as well as unsupervised classification. Back in September, Hinton and his team filed a patent for Capsule Networks. According which, they claimed that capsule networks can be used in place of conventional convolutional neural networks for traditional computer vision applications.

U.S Hit By One Of The Largest Cyber Attacks

Solarwinds, a company that develops network monitoring software issued a statement declaring that their systems have come under a cyberattack. This attack, stated the company, was a very sophisticated supply chain attack. The nature of this attack indicates that it may have been conducted by an outside nation state, but SolarWinds has not verified the identity of the attacker.

However, Secretary of State Mike Pompeo said that Russia was behind the widespread hacking of government systems. The cyberattack exposed dozens of government and private systems, including nuclear laboratories and the Pentagon, Treasury and Commerce Departments. “I think it’s the case that now we can say pretty clearly that it was the Russians that engaged in this activity,” said Mr. Pompeo.

About 18,000 customers downloaded these updates, which acted like Trojan Horses, awaiting instructions from the hackers. One of the US Senators Dick Durbin called this breach “virtually a declaration of war.”

The bad news keeps coming for the big tech. On Wednesday , 10 US states sued Google, accusing the search giant of running an illegal digital-advertising monopoly and enlisting rival Facebook. According to the complaint Google got into an illegal agreement with Facebook in return for guaranteed special treatment in Google-run ad auctions.

The lawsuit blames Google for orchestrating an unfair, anti-competitive business practice to maintain its dominance over the ad-industry.  As of 2020, Google is a company standing at the apex of power in media and advertising, generating over $161 billion annually with staggering profit margins, almost all of it from advertising. “For instance, shortly after Facebook acquired WhatsApp, in 2015, Facebook signed an exclusive agreement with Google, granting Google access to millions of Americans’ end-to-end encrypted WhatsApp messages, photos, videos, and audio files,” stated the lawsuit.

Google was also blamed for undermining the government’s efforts to safeguard user’s privacy. This suit follows a string of other bad news that Google and other tech companies have received over the past couple of months leading up to what could be a very difficult 2021.

Earlier this year, Apple announced that it would be asking its users whether or not if they want their data to be shared for personalised advertising. And, as promised Apple is now forcing companies to inform its users about targeted ads. Apple even took a jibe at Facebook and slammed them for utter “disregard for user privacy.”

In response to Apple’s new policy, Facebook, this week, ran a series of full-page newspaper ads, claiming the iPhone maker’s coming mobile software changes around data gathering and targeted advertising are bad for small businesses. “While limiting how personalized ads can be used does impact larger companies like us, these changes will be devastating to small businesses,” Facebook said.

In response, Facebook ran a series of full-page newspaper ads, on New York Times, Wall Street Journal and Washington Post, with the headline “We’re standing up to Apple for small businesses everywhere.”

Facebook  opined that limiting personalized ads will be devastating to small businesses. Apple, while assuring that Facebook can still track its users, asserts that they only want their customers to make more informed decisions. Whereas, Facebook accused Apple of benefitting from this decision at the expense of small businesses.

One of the most anticipated games of this year– Cyberpunk was met with a worst possible reception. Avid gamers and even Elon Musk trolled the gaming studio for glitches in the game. This was followed by Sony and Microsoft offering full refunds to anyone who used their game stores to buy “Cyberpunk 2077”.

“Cyberpunk” was CD Projekt’s costliest project in the company’s two-decade history and has spent nearly $80 million for making and marketing alone. CD Projekt delayed the project three times amid disruptions caused by remote work, but somehow rushed to release this month. One of the reasons behind the glitches can be attributed to the disruption at the workplace for the studio.

Executives at CD Projekt said that they initially miscalculated how long “Cyberpunk” would take to complete, with the health crisis most affecting the latter stages of four years of development, following pre-production work that started around 2012. With employees homebound, making even a minor tweak—such as changing the placement of characters or objects in a scene—would take hours instead of minutes.

CD Projekt also said that it has invested in AI to create more advanced special effects for this super expensive game. So far, the company has been honest in its addressal to the constant backlash that it has been getting online. The company said that it is committed to assist in hassle free refunds while they fix the glitches.

The United States Department of Commerce has added China’s top chip maker Semiconductor Manufacturing International Corporation (SMIC) to the blacklist that consists of 60 other Chinese institutions. This action, stated the Commerce Dept., stems from China’s military-civil fusion (MCF) doctrine and evidence of activities between SMIC and entities of concern in the Chinese military industrial complex.  Going forward, items uniquely required to produce semiconductors at advanced technology nodes—10 nanometers or below—will be subject to a presumption of denial to prevent such key enabling technology from supporting China’s military-civil fusion efforts.

Blue Origin Gets The Nod From NASA

Jeff Bezos’ is joining the much anticipated space race with Elon Musk’s SpaceX. This week, NASA awarded Launch Services (NLS) II contract to Bezos’ Blue Origin and their New Glenn launch service. The new contract doesn’t commit NASA to launching any particular mission on New Glenn. Instead, it opens Blue Origin to compete for NASA’s contracts under NASA Launch Services II, which is applicable for launches through December 2027. Blue Origin has also designed a robotic Blue Moon lander to assist NASA in putting humans on the moon again.