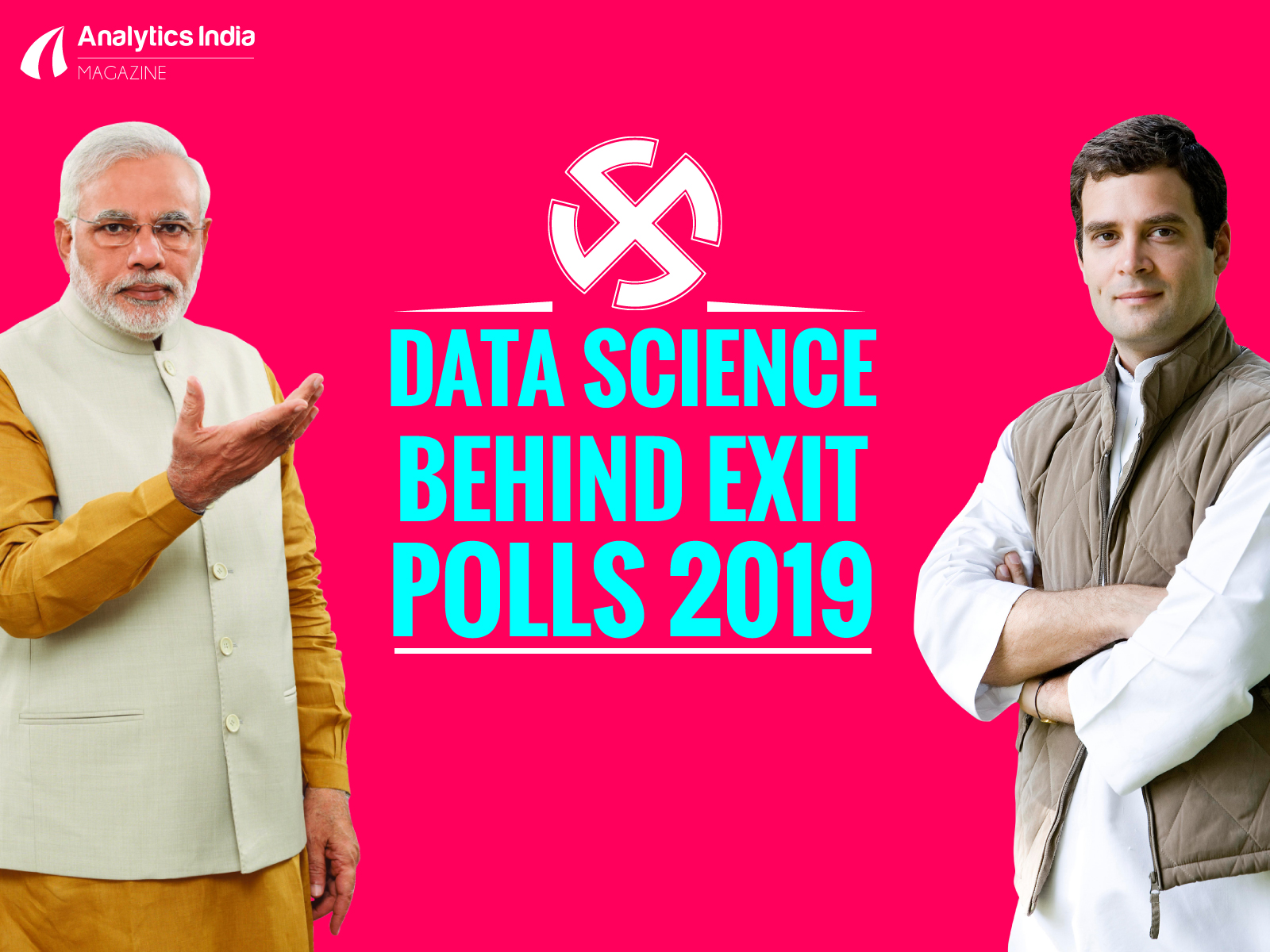 Indian politics has always had a love-hate relationship with Exit Polls. While it undeniably makes for great television, it sometimes inflates expectations for the parties who are predicted to win.

Now, the exit poll predictions for the Lok Sabha 2019 election have shown a clear majority for the ruling Bharatiya Janata Party in the lower house of Parliament. In fact, almost all exit polls have predicted that the BJP-led National Democratic Alliance (NDA) will cross the 300 mark, indicating that the Narendra Modi-led government will return to power quite comfortably.

Agencies or news organisations follow a range of different procedures to conduct these exit polls to cover parameters like age, sex, caste, religion and region among others, like:

The success of exit polls is based on the principle of collective consciousness. It is especially difficult in a country as diverse as India, where polling takes place over seven phases and lasts for more than a month.

Even though this year most of the exit polls are suggesting that the Modi led-BJP will comfortably form a government, experts from this field are saying that this news should be taken with a pinch of salt.

For example, in 2016, the US election results were a surprise for the whole world, where exit polls, psephologists and even the popular media had predicted that Democratic party contestant Hillary Clinton would win the election. Only a few days ago, the Australians were in for a major surprise as the country’s ruling coalition defied exit polls to defeat their Labour party.

In India, historically, the exit polls tend to show the trend correctly, but under/overestimate the extent of the winnings. However, in 2004 Lok Sabha elections, most of the pollsters had even got the trend wrong. The UPA unseated Atal Bihari Vajpayee’s NDA-I, contrary to what most exit polls predicted.

The Data Science Behind Exit Polls In India

Professor Sanjay Kumar, Director, Centre for the Study of Developing Societies, wrote for a national daily, “This method [for exit polls] is not new; it began back in 1957 during the second Lok Sabha elections when the Indian Institute of Public Opinion conducted a poll. But not even the best guesswork or estimate can skip the methodology that is required. Without a structured questionnaire, the data can neither be collected coherently nor be analysed systematically to arrive at vote share estimates.” According to the polling organisations, the sample size for each exit poll varied from 40,000 voters to two million.

Kumar then goes on to enumerate some of the key pillars of a sound exit poll:

What Is The Swing Model?

The prediction of seats that each party may win in the election is based on a swing model. The current poll makes an estimate of vote shares for political parties and alliances by interviewing selected respondents, and the seat forecast is made based on the result of the previous election.

However, many critics say that one of the reasons that exit polls aren’t entirely trustworthy is because of the fact that they do not reveal their methodology to convert vote shares into seat shares. “So, there is hardly any academic or scientific evaluation of this crucial step in arriving at final numbers…  If methodological details such as these were shared transparently, the discourse around predicting election outcomes would have been much more informed in India. Because polling agencies, except a few such as CSDS-Lokniti refuse to be transparent, exit polls lean more towards gambling based on what could be termed as black box forecasts rather than a subtle science,” said an opinion piece in a national newspaper.

There are many theories suggested as to why Indians tend to withhold their real opinions during the exit polls. Here are a few common ones:

Spiral of Silence: According to this theory proposed by German political scientist Elisabeth Noelle-Neumann, people who believe that they hold the minority view on public issues are less likely to voice them due to fear of being excluded by others. This leads to the perceived gap between the views appearing larger than it actually is.

Safety and Prudence: An report in an national financial daily says, “Exit polls are tricky in India. Indians are prudent people. Why would they tell a pollster anything other than what they figure out the pollster wants to hear? Suppose he voted Congress, and says so to the pollster, the BJP wins the election and extracts from pollsters details of all those who said they voted Congress, what mayhem might not follow? Why take the risk? Indians can be rational when the issue at stake is lack of faith as well.”

Data-Powered Assumptions We Can Make Based On Exit Polls

Despite numerous doubts and oscillating opinions, going by the data alone, we can make the following assumptions:

Big trend: BJP is ready to surpass Congress in numbers

Mano-a-mano: The almost Presidential-style campaign run by the ruling BJP party where opposition was not the Congress, but it’s head Rahul Gandhi, worked to Modi’s advantage.

Eastern states turn game-changers: BJP seems to be challenging the Left and the Congress respectively in West Bengal and Odisha, in a big way.