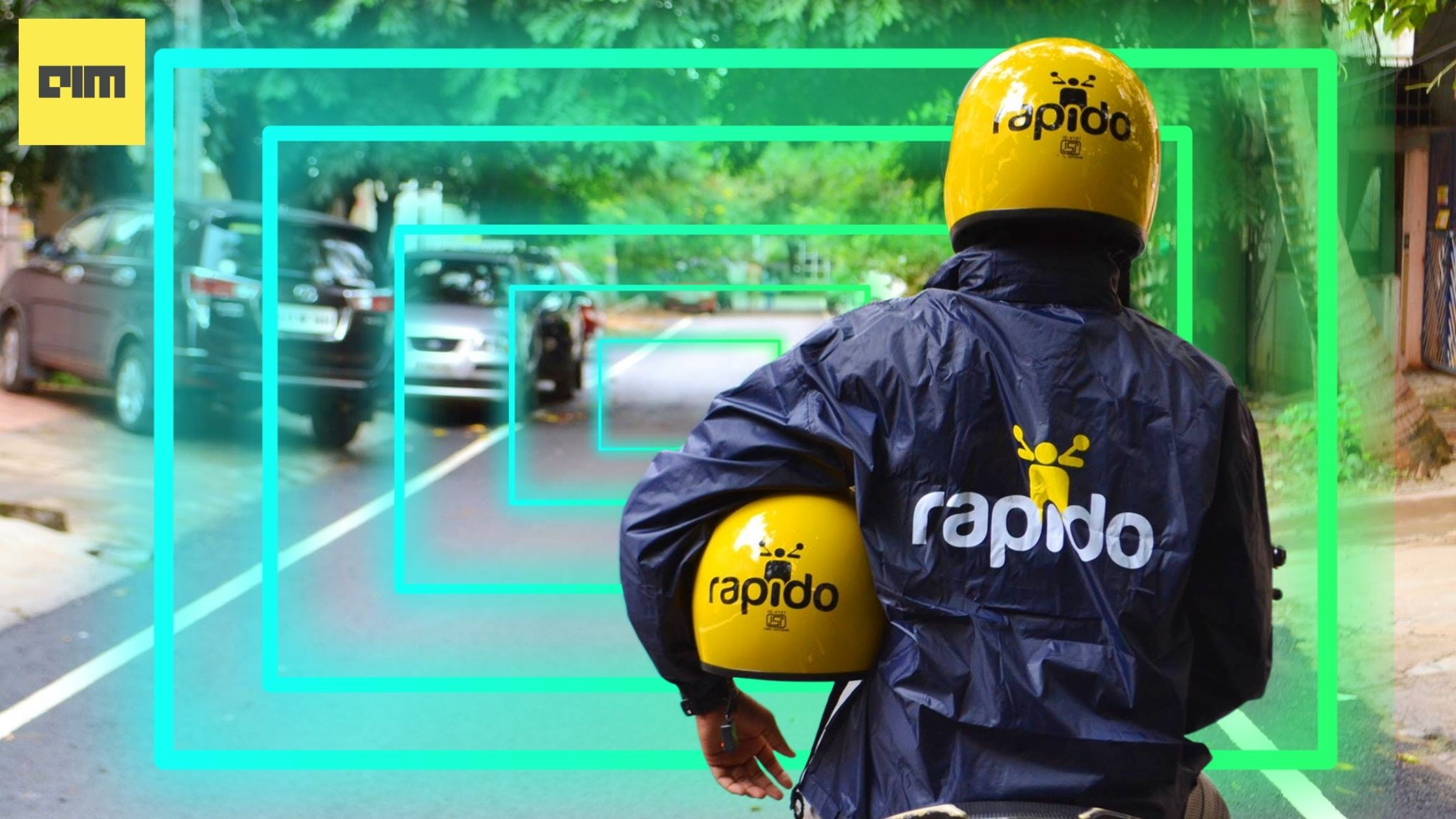 According to PGA Labs, the bike taxi service is now a $150 million market, growing at 20 percent MoM. In India, 300 million people travel every day, of which only 1 percent of bookings happen via apps, and only 20 percent of India owns private vehicles today. It is estimated that bike taxis in India can create 5+ million jobs, generating a revenue of $10 billion.

As one of the largest bike taxi service providers in the country, Rapido has changed the concept of intra-city travel and made last-mile connectivity affordable for all. With over 25 million app downloads and operational in 100+ cities across India, it currently serves close to 1+ million captains (driver-partners) and 10+ million customers.

Thanks to its in-house data science team, Rapido manages its platform seamlessly. “With data scientists, we have been focusing on fulfilment optimisation. We are now able to forecast demand and supply, which prevents our captains from wasting time roaming around the city looking for customers without earning,” said Pramod N, VP, data science and engineering at Rapido.

Rapido data science team can predict when to implement better discounts or better payout strategies for captains during peak times.

“One of the fundamental responsibilities of the data science-led product teams is to represent facts and causes for problems (in our product and service) in an unbiased way. Our team also solves the root causes of different business problems. This majority involves solving for efficiency metrics, be it, optimise margin and spend or how well are we able to use supply (utilisation) or how well we can keep up with demand, etc,” said Pramod N.

Rapido’s most significant value add has been bringing science-led differentiation to its product and operations. The operations teams can look at demand, supply and marketplace problems more closely driven by casual discovery and forecasting, and save considerable costs.

Rapido has nearly 35 people in its data science team in various roles, including data scientists, analysts, data engineers and product managers with experience in data-led and experiment-driven product building.

“All our product pods are goal-oriented, cross-functional, and require all roles, including data scientists, data engineers, analysis, or product managers, to achieve that goal,” said Pramod N, “We have found that this structure results in better collaboration and brings out the best in all of us.”

“During interviews, we explain the problems we are trying to solve. We do not look for the right answer. Rather, we try to understand the candidate’s thought process. We also want our employees to mathematically justify the choice they make while solving a problem,” said Pramod N.

“We are looking for curious people who can use data science in problem-solving. We expect candidates joining our team to have a sound knowledge of practical mathematics, statistics, and probability. The candidate should also know how to apply these concepts to solve real problems using programming,” said Pramod N.

Rapido does not expect the candidate to be an expert in ML or DL algorithms. “My only advice for future candidates would be — be curious and tell a number story,” he added.

For senior people, this also includes mentorship, KRs and people growth, etc. For others, this involves KRs around clearing debt — tech, product, and analytical.

“One of the most common mistakes made by candidates has been jumping straight into some obscure ML/DL method without any rationale or reasoning as to why,” said Pramod N.

He said there is no substitute for being curious and having scientific rigour. “Anyone who wants to work with us should focus on the core mathematical skills and develop an ability to learn through experiments. It’s ok not to know a few algorithms, you will learn the existing ones along the way, and in some cases, you will create new ones where necessary,” he added.

Pramod said Rapid strives for goal-oriented innovation through a range of experiments. Unlike most companies, they can test out hypotheses in a quick, economical and iterative fashion.

“Our culture differentiates us from other organisations. I believe we are one of the handful companies encouraging zero red tapes, great engineering capabilities, fully goal aligned product teams with good partners,” he added.

Rapido believes its ‘three in a box model for making data science work for business is unique to its teams. “Our data science problem solving is like a Tunnel Boring Machine (TBM) having three critical aspects — navigation, the drill bit, and the conveyor system to hold the runnel stable,” said Pramod.

He said ‘navigation’ decides when to run new experiments and when to take a different path. ‘The drill bit’ represents data scientists with sharp mathematical skills. ‘The conveyor system to hold the tunnel stable’ ensures they are getting the right business learnings through experimental results and can feed into navigation for the future.

“Neither of these roles can achieve better outcomes on their own, and if either of them fails, we will get a bad tunnel and no value from data. We want to use human analytical power through this model to achieve our end-goal,” said Pramod.

“We offer a culture where everyone speaks data, be it business teams, product teams or leadership. Data scientists do not have to worry about aligning others in the company and can get on with the numbers, which is a major hurdle in many startups and enterprises,” said Pramod.

Check out the data science job roles at Rapido here.

Swiggy To Hire Technical Professionals For Its New Gurgaon Centre