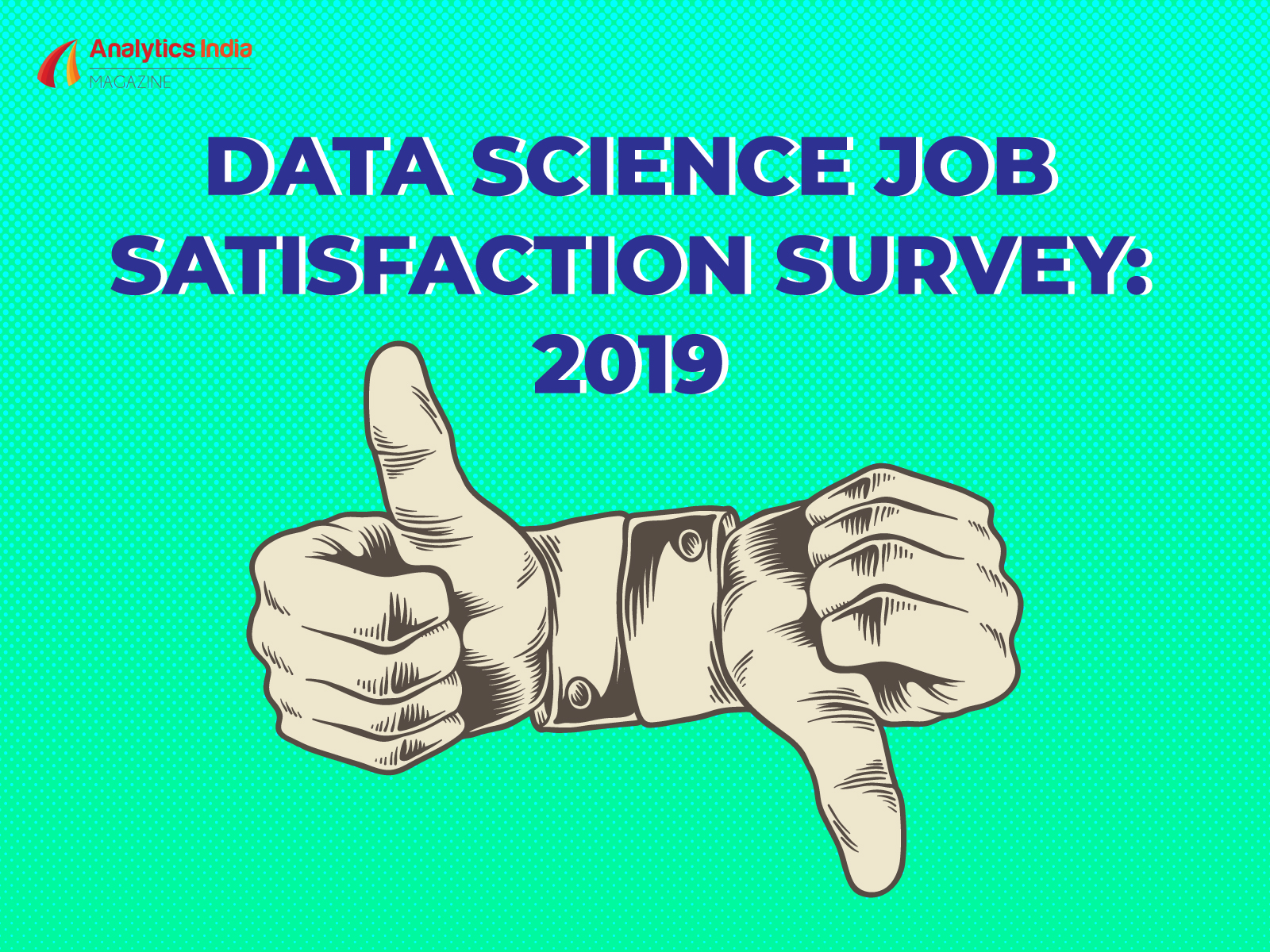 Large and small organisations from almost every industry — from Fortune 500 companies to retail stores — are hiring data science experts now. But are these people, who hold the “sexiest job of the 21st century”, happy with their work profiles? What are their key concerns? Why is this industry facing an increasing rate of attrition?

The data science sector is flourishing to such an extent that our earlier jobs study revealed that there are currently more than 97,000 job openings for analytics and data science in India right now.

In the month of May, Analytics India Magazine got in touch with numerous industry insiders to find out the level of job satisfaction in Data Scientists and the steps that are and can be taken to increase it.

For this survey, AIM reached out to various professionals from all experience sections. We took opinions from data scientists from all walks of life — from beginners to project managers and CIOs — to get a thorough idea of the hiring scenario in this swiftly-developing area. Our survey was met with great enthusiasm — and we got some deep insights from it. Some of them were expected, and many of them were real eye-openers.

How Many Data Scientists Are Happy With Their Jobs?

Job satisfaction depends on several factors: from the type of work done daily, to kind of work environment. We started our survey with this question point blank: were the responding data scientists happy with their jobs or not? What Is The Key Reason For Job Dissatisfaction?

When we were conducting the survey, we found out that there were several parameters a data scientist took into consideration while calculating his/her job satisfaction. From pay packages to work environment and sundry benefits, all these factors played a key role.

How Happy Are Data Scientists With Their Compensations?

As seen above, one of the key reasons for data scientists feeling dissatisfied with their jobs is the salary. So when we really tried to find out about how their current employers were paying them, we a unanimous answer: It is very important for an employee to feel that the practices at work are just and fair.

How Should Organisations Increase Engagement With Their Employees?

To keep talented data scientists interested in their work, organisations are now taking active efforts to increase engagement. From hackathons to more brain-storming sessions, many new as well as tried-and-tested methods are being used.

In order to capitalise on these opportunities, IT companies, educators and policymakers need to develop a deeper understanding of the existing workforce, the skill-set required in the future, and the gaps that will need to be addressed.In this survey, we found out that all of the data scientists wish to be upskilled in all ways possible.

Even though it was a very close race, almost 28% of the data scientists said that they would appreciate it if their employers tied up with noted institutes for customised certification programmes. 8 Paid Data Science & Analytics Internships To Apply For This Summer

Data Science Job Satisfaction: Here’s What Employers Are Doing To Nurture Their Employees