Data Science Platforms Which Raised The Most Money This Year 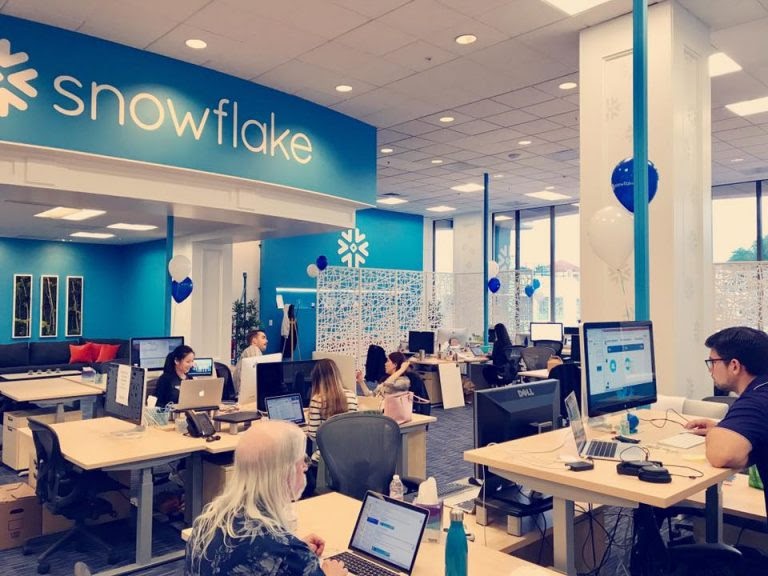 As the business models are fast evolving with time, data has become the most critical asset for companies. In the age of ubiquitous AI, data science platforms are finding much traction among investors. There are numerous startups around the world which have built platforms to help businesses build and deploy machine learning models for advanced applications. In this article, we take a look at some of the most prominent startups which raised funds for building specialised data science platforms for the AI industry.

One of the biggest funding news for analytics and data science platforms came from Snowflake in February 2020. The company raised $479 million on a $12.4 billion valuation with Salesforce’s corporate venture along with Dragoneer Investment Group leading the investment. Earlier, the company raised $263 million and an extra $450 million round led by Sequoia Capital and other investors. With the latest funding in 2020, Snowflake is estimated to have raised more than $1.4 billion to date.

Functioning as a virtual data lake, Snowflake provides an easy to search and analytical capability across different cloud vendors as well as private networks. It allows users to access data and apps securely regardless of the platform. It is cloud-neutral and virtual that makes it highly convenient and functional for large enterprise users.

Sisense, a leading analytics platform announced a funding round of over $100 million in January. This funding will stimulate innovation and scale over the globe and values Sisense at over $1 billion. Insight Venture Partners led the funding round, with participation from new investor Access Industries (via its Israeli vehicle Claltech), existing investor Bessemer Venture Partners, Battery Ventures, DFJ Growth, and others.

The company’s yearly recurring revenues was over $100 million for the fiscal year 2019, with more than 2,000 customers, including leading companies like Philips, Tinder, Nasdaq, and the Salvation Army. Sisense allows developers, engineers and data scientists to collaborate on a particular platform, presented in a hybrid, cloud-native environment with the industry’s most inexpensive cost of ownership, to produce true democratisation of data and analytics.

Dataiku, one of the biggest global business AI and machine learning platforms, announced in August a $100 million Series D investment round headed by Stripes. It also saw substantial investment by Tiger Global Management and participation from other existing investors, including CapitalG, Battery Ventures, FirstMark Capital, Dawn Capital, and ICONIQ. The funding arrives as New York-based Dataiku continues to drive AI within the enterprise world, and serving 300 customers.

Dataiku serves hundreds of customers globally, and some of its bigger clients include Schlumberger, GE Aviation, Sephora, Unilever, BNP Paribas, Premera Blue Cross, Kuka, and Santander. Dataiku was founded in 2013 with the purpose to take machine learning and AI projects out of test labs and set them into daily operations. By bringing data analysts, engineers and scientists together, the platform allows self-service analytics and operationalise machine learning.

San Francisco-based Mode Analytics announced in August that it had closed a $33 million round of Series D funding, led by HIG Growth Partners, along with Valor Equity Partners, Foundation Capital, REV Venture Partners, and Switch Ventures. Mode has raised $83 million to date. According to the company, 52% of the Forbes 500 companies have signed up for Mode including Anheuser Busch, Zillow, Lyft, Bloomberg, Capital One, VMWare, Conde Nast, among others.

The platform enables data scientists and analysts to visualise, analyse, and share data in an efficient end-to-end workflow which incorporates everything from the exploration stages to a final product. Unlike traditional business intelligence tools which produce static dashboards and reports, Mode brings business intelligence and data science into a single platform, offering the best way to empower everyone at an organisation to use data to make high quality, high-velocity decisions.

San Mateo-based Explorium recently stated that they had raised $31 million in Series B funding. Last year, the startup announced a series A funding round of $19 million, and with series B, the total funding has grown to $50 million so far. It is a data science startup that helps data science teams find the best data and variables for their models. Their platform provides companies with predictive capabilities where the clients bring data sets onto the platform.

Once the data is uploaded, the system automatically enriches it with thousands of different relevant data sources and brings new ideas for features that could potentially be extracted from internal and external data sets (such as enterprise, geospatial, user behavioural, time-based, website data) integrated together. The various data sources help generate features that drive accurate models. Explorium was founded by Israeli entrepreneurs Maor Shlomo, Or Tamir, and Omer Har, who had in the past led large-scale data mining platforms. Explorium was also selected as Israel’s most promising early-stage fintech startup. The Series B funding was led by existing investor Zeev Ventures, 01 Advisors and Dynamic Loop, with the participation of seed investors Emerge and F2 Capital.