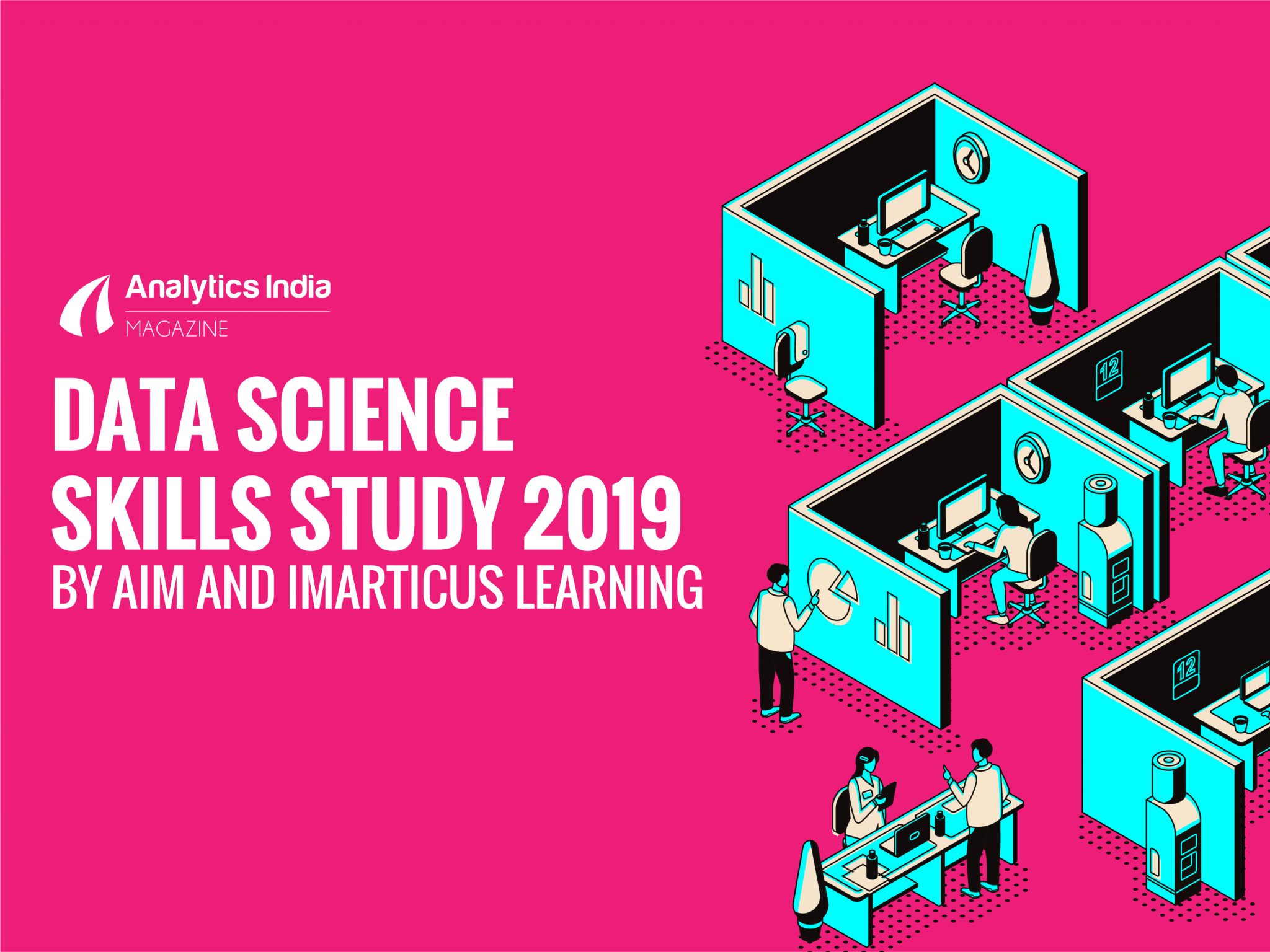 Advances in analytics and machine learning have impacted every function across BFSI, e-commerce, healthcare, retail and IT industries. Our latest Data Science Skills Study 2019 by Analytics India Magazine and Imarticus Learning takes a deeper look into the key trends related to tools and technologies deployed across the sectors and how companies are staying ahead of the pack. As analytics and machine learning reaches deeper into operations, there is significant disruption at the workplace with data scientists and data analysts dabbling with newer tools.

This year, we spent a lot of time finding out the tools and techniques used by finance professionals. From language to coding and GPUs, we garnered interesting and insightful answers from our comprehensive survey.

Following are the key findings from the 2019 survey: Python is one of the largest programming communities in the world. There are plenty of libraries which a data scientist can use to analyse large amounts of data. But here are our readers’ favourites. (This was a multiple choice question). With a plethora of data analytics tools available online, we asked data scientists if they were willing to use open-sourced tools at work. The answer was a resounding yes. Data Visualisation may be a tricky path for many data scientists. Crunching numbers is one thing, but telling a story with numbers is a whole different deal. When we asked about this to our readers they had one clear winner: A smooth and flawless flow of information is a crucial part of data science and analytics. While data usage and storage are important, security and privacy of the data are also key to the job. With the rapidly-evolving technology, it is crucial for data scientists to keep themselves updated. And they seem to have found out an interesting way to do so! (This was a multiple choice question). Finding open data is not that hard, but getting clean open data is often a trying experience. No data scientist wants to waste their time cleaning it. There were four clear popular options here about this multiple choice question: Compatibility with the data scientists’ other tools and ease of use at work are the two key factors considered in any good operating system. For this question, the respondents had a clear liking for one OS. (This was a multiple choice question). Privacy, operational efficiency and security are of paramount importance in any organisation that deals with data. That’s why the method in which the codes are shared at work also play an important part. Here’s what we found out: Neural networks are a crucial part of programming as well as data science. We got a clear picture that the data scientists, as well as their organisations, use a variety of architectures. From open-source tools to paid or customised ones, many professionals prefer different tools based on the projects or the organisation they are working for. Data scientists from our survey rated their most-favoured big data tools in the following order: GPUs come in handy, especially when data scientists have to work with areas of deep learning such as back-propagation, Natural Language Processing (NLP) and Artificial Neural Networks (ANN), among others, which are advancing gradually and are already catching up with traditional technologies. When we asked our respondents about their preferred models, the answer was: Which Skills Are Most Important?

With a large chunk of work being automated in sectors like BFSI, retail, e-commerce and IT, recruiters are looking for a newer set of contributors who are equipped with self-service reporting tools like Tableau and Python. That said, proficiency in R and SQL can help land positions in analytics teams. In addition to this, familiarity with neural networks – at least the most popular ones like CNN and RNN can bring a lot of additional value to teams.

As the demand for talent grows, companies look for two types of professionals — specialist and generalist skills. Adding neural networks to your toolkit will be a value addition. In the next few years, with data literacy becoming core to organisations, recruiters will look for a digitally-savvy workforce that can solve business problems through an analytical approach.

In terms of talent outlook, recruiters are developing new ways of hiring talent — from hackathons to internal employee training programmes, organisations and leaders are building a culture of continuous learning.

As the analytics industry grows at an astronomical speed, more professionals are expected to segue into the Data Science and Analytics sector. The number of jobs in the analytics industry is growing. With companies diversifying their product portfolio and new-age SaaS providers, fintechs and e-commerce players building niche solutions, the industry will need to integrate more analytics and machine learning specialists to work on their product roadmap.

With data growing and upstarts latching onto digital channels, companies have to work on new use cases related to fraud and data security. In the future, we will see more talent working on fraud detection, predictive analytics (especially forecasting spend behaviour) and even location-based analytics.

On the other hand, another interesting aspect is that professionals are aware of the importance of upskilling themselves. Most working professionals like to keep themselves updated by watching videos and reading books. Overall, the study reveals a positive picture of the Indian Analytics and Data Science sector.

Why Should We Build Recommender Systems Without Feedback Loops?