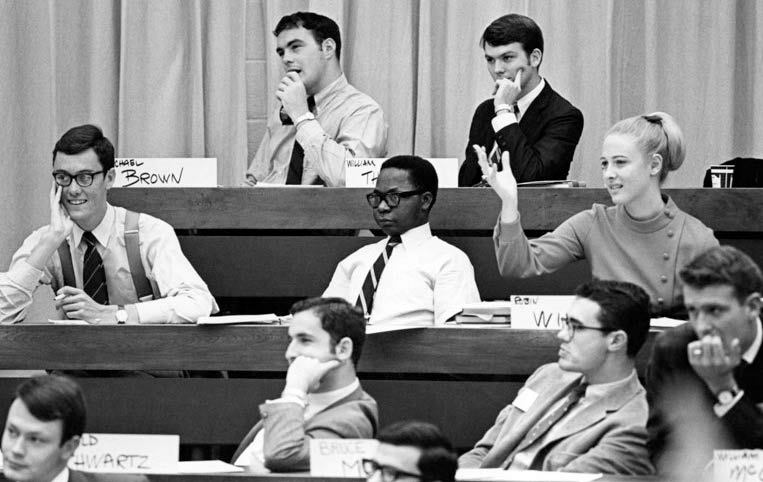 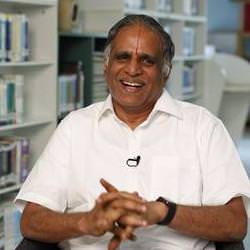 Prof. S. Sadagopan, Director - IIIT Bangalore, one of the…

Infographic: How To Create Headlines That Get More Clicks and Conversions

As a budding analytics professional confounded by jargon, hype and overwhelming marketing messages that talk of millions of upcoming jobs that are paid in millions of Rupees, you ought to get clarity about the “real” value of a data analytics education. Here are some tidbits – that should hopefully help in reducing your confusion.

Some smart people can use “analytical thinking” to come up with “amazing numbers”; they are very useful but being “intuitive”, they cannot be “taught.” For example:

“We have the fastest ATM on this planet”

Claimed a respected Bank. Did they get a new ATM made specially for them? No way. Some smart employee with an analytical mindset found that 90% of the time that users go to an ATM to withdraw cash, they use a fixed amount, say Rs 5,000. So, the Bank re-configured the standard screen options – Balance Inquiry, Withdrawal, Print Statement etc. – to include another option. Withdraw XYZ amount, based on individual customer’s past actions.

This ended up saving one step of ATM operation. Instead of selecting the withdrawal option and then entering the amount to be withdrawn, you could now save some time – making the process more convenient and intuitive. A smart move indeed, however, this is something known as “Easy Analytics” that others can also copy. In fact, others DID copy, within three months!

Hidden Data in the Weather

In the sample data-sets that used to accompany a spreadsheet product in the 90’s, there used to be data on the area and population of every State in the United States. There was also an exercise to teach the formula part of the spreadsheet to compute the population density (population per sq. km). New Jersey, with a population of 467 per sq. km, is the State with the highest density.

While teaching a class of MBA students in New Jersey, I met an Indian student who figured out that in terms of population density, New Jersey is more crowded than India with 446 people per sq. km!  An interesting observation, although comparing a State with a Country is a bit misleading. Once again, an Easy Analytics exercise leading to a “nice” observation!

Some simple data analytics exercises can be routinely done, and are made relatively easier, thanks to amazing tools:

In a B-School in India that has a store on campus, (campus is located far from the city center) some smart students put several years of sales data of their campus store. They were excited by the phenomenal computer power and near, idiot-proof analytics software.

The real surprise however, was that eight items accounted for 85% of their annual sales. More importantly, these eight items were consumed in just six days of the year! Everyone knew that a handful of items were the only fast moving items, but they did not know the extent (85%) or the intensity (consumption in just six days) of this.

It turns out that in the first 3 days of the semester the students would stock the items for the full semester! The B-School found it sensible to request a nearby store to prop up a temporary stall for just two weeks at the beginning of the semesters and close down the Campus Store. This saved useful space and costs without causing major inconvenience to the students. A good example of Easy Analytics done with the help of a powerful tool.

The “Not So Easy” Analytics needs deep analytical understanding, tools, an ‘analytical mind set’ and some hard work. Here are two examples, one taken from way back in the 70’s and the other occurring very recently:

To Fly or Not to Fly, That is the Question

Long ago, the American Airlines perfected planned overbooking of airline seats, thanks to SABRE Airline Reservation system that managed every airline seat.

Armed with detailed past data of ‘empty seats’ and ‘no show’ in every segment of every flight for every day through the year, and modelling airline seats as perishable commodities, the American Airlines were able to improve yield, i.e., utilization of airplane capacity. They did this through planned overbooking – selling more tickets than the number of seats, based on projected cancellations.

If indeed more passengers showed up than the actual number of seats, American Airlines would request anyone volunteering to forego travel in the specific flight, with the offer to fly them by the next flight (often free) and taking care of hotel accommodation if needed. Sometimes, they would even offer cash incentives to the volunteer to opt out.

Using sophisticated Statistical and Operational Research modelling, American Airlines would ensure that the flights went full and the actual incidents of more passengers than the full capacity, was near zero. In fact, many students would look forward to such incidents so that they could get incentives, (in fact, I would have to include myself in this list) but rarely were they rewarded!)

What American Airlines started as an experiment has become the standard industry practice over the years. Until recently, a team of well-trained (often PhD degree holders) analysts armed with access to enormous computing power, was needed for such an analytics exercise to be sustained.

Now, new generation software such as the R Programming language and powerful desktop computers with significantvisualization/graphics power are changing the world of data analytics really fast. Anyone who is well-trained (not necessarily requiring a PhD anymore) can become a first rate analytics professional.

Cab Out of the Bag

Uber is yet another example displaying how the power of data analytics can disrupt a well-established industry. Taxi-for-sure in Bangalore and Ola Cabs are similar to Uber. Together, these Taxi-App companies (using a Mobile App to hail a taxi, status monitor the taxi, use and pay for the taxi) are trying to convince the world to move from car ownership to on-demand car usage.

A simple but deep analytics exercise in the year 2008 gave such confidence to Uber that it began talking of reducing car sales by 25% by the year 2025!

Thanks to the internet-connected phone (connectivity), Mobile App (user interface), GPS (taxi and end-user location) and GIS (location details), Uber could try connecting the taxi drivers and the taxi users.

With back end software to schedule taxis, payment gateway and a mobile payment mechanism, a far more superior taxi service could be established. Of course, near home, we had even better options like Taxi-for-sure trying to extend this experience even to auto rickshaws. The rest as they say is “history in the making!”

Deep dive courses in data analytics will help prepare you for such high impact applications. It is not easy, but do remember former US President Kennedy’s words

Prof. S. Sadagopan, Director - IIIT Bangalore, one of the most experienced academicians on the expert panel of UpGrad & IIIT-B PG Diploma Program in Data Analytics.

Top 5 Internet of Things (IoT) initiatives by Government of India

Infographic: How To Create Headlines That Get More Clicks and Conversions