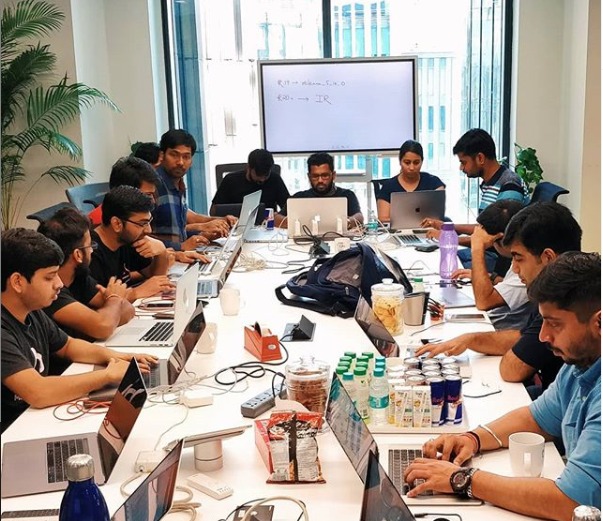 When Hike was established in 2012, this homegrown messaging app was among the first Indian companies to venture into the field of instant messaging and their competition included big names like WhatsApp, Facebook Messenger and other services. However, the biggest advantage that Hike possessed over these global players is that it knew the regional market better.

The founders soon realised the potential of the vernacular language market and decided to venture onto the area. As per a recent study, by 2016, the number of Indian language users will grow at a CAGR of 41%, thus surpassing the English language users. The study also pointed out that the number of Indian language internet users is expected to account for nearly 75% of India’s internet users by 2021.

The messaging app has been working towards incorporating the latest technologies into their inventories and AI and ML have taken greater precedence in driving innovation in their product offerings.

The primary focus of Hike’s AI team is to enable Hike’s vision of solving India’s input problem in vernacular languages. Some of the key areas that the team focus include natural  language processing (NLP), computer vision and speech.

“This team consists of 15 plus members specifically working on the areas of NLP, computer vision and speech. We are currently looking at expanding this team and are running a range of specialised hiring drives,” Anshuman Misra, VP Operations, Hike says.

In order to bolster its development in the field, Hike recently announced its plan to collaborate with the  Indraprastha Institute of Technology Delhi (IIIT-D) to kick-start research in the field of artificial intelligence and machine learning.

The initiative is aimed at enabling an ecosystem of research within the country that will help advance technological competence and know-how in the field of AI and ML. This will also include new age research-led innovation in the field of NLP, Speech, Link Prediction, Deep Learning and Computer Vision.

Further, the company announced that it will be using AI  and ML for its interactive stickers in an attempt to reduce people’s dependence on the keypad, “We are on a mission to reduce people’s dependency on the keyboard. Unlike in the US or China, languages and dialects in India change every few kilometres. This has a direct impact on input, where users struggle to communicate in their local dialects as QWERTY keyboards aren’t able to keep up. This is the gap we’re looking at bridging by using stickers as a foundation,” Misra said.

These stickers are highly conversational in style and represent a diverse range of emotions, trends, characters, local dialects and more. Thus making it a powerful way to communicate by taking away the pain of typing and replacing entire sentences with these interactive stickers.

By leveraging AI and ML, not only do the messaging app aim to cover a large vocabulary using the tech but also use the potential of the technology to scale up their reach dramatically, “Through stickers we are aiming at two key things, creating sticker content to cover a large chunk of local vocabulary and using ML and AI to scale this up drastically. Secondly, through Sticker Discovery, we are able to recommend the right sticker at the right time. This is made possible by ML and AI, which takes into account a dynamic range of factors,” Misra explains.

In order to achieve this, Hike has created a repository of 30,000 stickers that can be used in several Indian languages and dialects and it hopes to scale by another 100,000 stickers before the end of this year. Thus, by using AI, ML and other emerging technologies like NLP, Computer Vision and Social Network Analysis (SNA), Hike ensure that the right stickers are made available at the right time, after analysing through the content that they type.

In addition, AI and ML have been used to make the sticker creation process more effective by the means of automatic sticker selection by the machine. “Instead of having an artist create one sticker at a time, we assemble stickers automatically by the machine and get artists to review it. Also, AI and ML help suggest stickers that effectively substitute what a user wants to say next in the chat,” says Misra.

This Delhi-based venture is backed by SoftBank, Tiger Global, Tencent, Foxconn and Bharti. Till date, it has raised $261 million. In August 2016, Hike raised its Series D round of funding led by Tencent and Foxconn at a valuation of $1.4 Billion and achieved the feat of being one of the fastest to attain unicorn status among Indian start-ups under four years.

On the question of rising demand for voice-based solutions which could give a direct competition to a product like Hike Sticker Chat, Misra says that messaging paltoform in looking at ways to incorporate the technology into their platform in coming years, “The Voice Assistant market is an important facet of User Experience in India. We are always looking at innovating and evolving our product further. It won’t be long before you see our platform of offering an exciting intersection of multiple medium technologies include voice tech,” Misra adds.