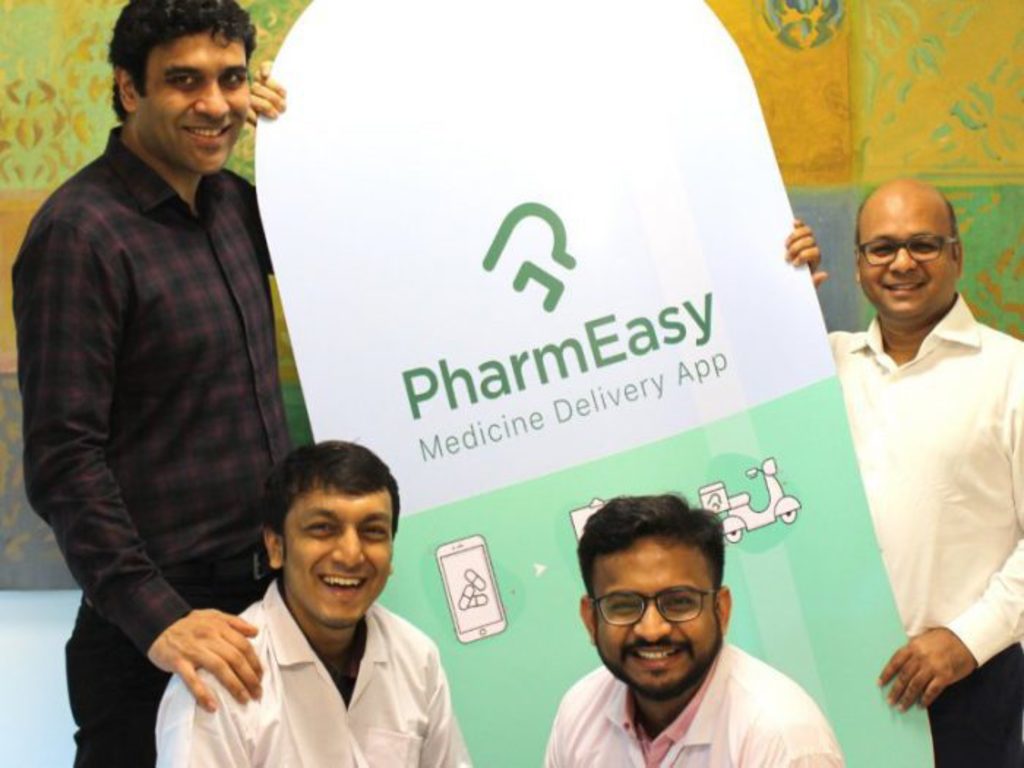 In the last three decades, the pharmaceutical sector in India has seen exponential growth with India emerging as the world’s third largest producer of drugs in terms of volume. According to a news report, India is now among the top five emerging pharmaceutical markets of the world.

Amidst the rapid growth, we have seen the rise of the e-pharmacy market in India which has captured around 1% of the pharma market share and is estimated to reach $3 billion by 2024, Kuick Research indicates. Currently, there are 30 online pharma players operating in this area and the key role played by these new-age consumer internet companies lies in bridging the accessibility and affordability factor for customers.

Last year, the Mumbai-based e-pharma platform raised $50 million in Series C funding round led by Eight Roads Venture India, the proprietary investment arm of Fidelity International Limited. The online pharma platform was founded by Dharmil Sheth and Dhaval Shah in 2015 and has since then become one of the biggest pharmacy aggregators in India.

AIM spoke to Bhaskar Raju Konduru, Chief Engineering Officer who is now leading the consumer and data platforms at PharmEasy to understand how the health tech platform is using emerging technologies like machine learning and AI to edge out competition and scale up the operations beyond top metros in India. Konduru, a well-known technologist was roped in last year to build and lead the technology team at PharmEasy and scale the operations. He has built world-class solutions at new age companies and has architected the B2C and B2B divisions of consumer internet companies from scratch. He was the founding member at redBus where he built the international, inventory system and hotel platforms (with multi-language and currency support) from scratch to a massive scale that it is today.

Talking about the e-pharma market in India, Konduru shared that the market is seeing a lot of activity and continued investment. “We have seen a similar phenomenon in the recent past around e-commerce, but today we are in a consolidated market of e-commerce and the similar thing will happen in the e-pharma market as well as few years down the lane. The market is big enough for three big players and I’m pretty sure that we will be one among them,” he shared.

Of late, the e-pharma companies have been operating in a grey regulatory area. Last year in December 2018, the Madras High Court enforced a blanket ban on the sale of online medicines until the regulations were drafted which could have affected the investor interest also. Talking about the regulations, Konduru shared, “Indian Government has already started the process of bringing a regulatory law for e-pharmacies as well. Once that’s out. I don’t think we will be having any regulatory issues further. Investor interest was always intact even when the regulatory challenges are at a peak. Now that they are about to come to an end very soon and the interest may increase”.

At PharmEasy, the company uses a wide variety of open source and proprietary technologies, that are used to improve customer experience and drive operational excellence. The team leverages a lot of Machine Learning and Big Data solutions such as Tensorflow, Hadoop, HBase, Hive, Spark, Kafka. In terms of databases, they use traditional RDBMS, NoSQL databases to graph databases. Given that its data requirements are higher, the company leverages a variety of data crunching and analytics solutions. “Our middle tier is largely built on Nodejs whereas we use React, Python and Ruby for our front end apps. We deliver most of these through Serverless and Kubernetes based deployment,” he shared.

Talking about the use cases, Konduru revealed that some of the areas the company is currently working on are applications that include alternative medicine suggestion, suggesting dependency tests, diet suggestions based on test results among other focus areas. “These offering will only increase with time to meet all of the customer’s health needs in a seamless manner,” he said. Through machine learning, we are trying to predict the best channels that give a higher LTV for the platform and also we want to start investing in channels to increase our retention and cohorts, he shared.

Design and user-interface also play a key role in driving customer retention. According to Konduru, while traditional interfaces like web are still in play, going forward there will be a shift towards simpler and context-aware interfaces like Chat and Voice interfaces. “We are innovating here to make the customer’s interaction frictionless and aim to improve people’s lives and bring healthy lifestyle by introducing Patient-Centered Care Management,” he said.

Currently, PharmaEasy has up to 80 engineers out of which 15-20 people are exclusively focussed on analytics. Also, the company has been continuously adding skilled talent to its engineering team to meet customer needs. “In fact, we are adding people to our team and would like to invite all cool tech folks to apply for amazing openings at PharmEasy,” he shared. Going forward, the company shall focus on evolving from a simple medicine delivery platform to a one-stop solution for all health care needs. In this process of building a one-stop solution, we have plans to build some great products on our platform using AI and ML techniques.