Deepfake Fiascos Of 2020 That Made Headlines 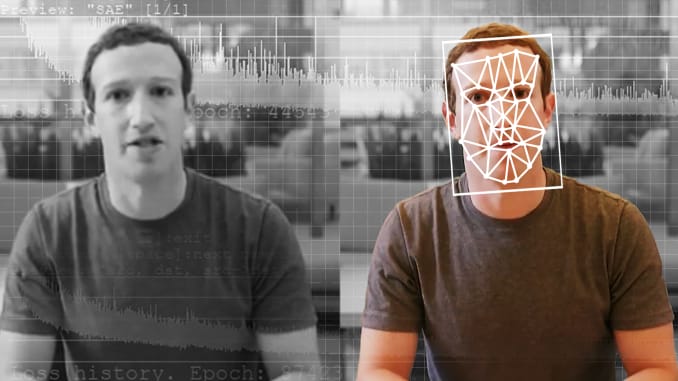 Deepfakes are indeed scary and have managed to strike a nerve for many, especially the ones being victimised for this sophisticated technology. Not only has it become a worldwide concern for many due to its influential impact on election campaigns but also made people anxious due to the criminal activity associated with it.

With easily accessible deepfake making tools available for anybody to use and advancements in GANs has made it relatively easy for notorious minds to create these eerie-looking unreal AI-generated videos and images. Such improvement and accessibility has in turn increased the number of deepfake incidents in recent times. Some of them are so incredibly convincing that they manage to surpass the original videos.

2020 has turned out to be a year filled with deepfake fiascos — here, we will pick some of those incidents, in no particular order, that made headlines this year.

This news showcased one of the weirder applications of deep fakes, that used artificial intelligence to manipulate an audio-visual content — a less heard usage, termed as audio deepfake scam. For this, the crooks used machine learning technology to clone the voices of people to commit financial crimes. One such incident happened with an employee of an unnamed tech firm, where the company’s CEO’s voice has been cloned to ask about some business deal. Although the attack was unsuccessful, it sure raised significant concern for the industry.

Earlier this year, right before the legislative assembly elections, BJP politician Manoj Tiwari used deepfake to create a video criticising the Delhi government in multi-language. The video marked the debut for deepfake in Indian elections, however with an aim to develop positive campaigns. The manipulated video was vastly leveraged to persuade many regional migrant workers and influence masses by distributing them across 5800 WhatsApp groups.

In another news, rap mogul Jay-Z has been targeted by some crooked video makers who created deepfake videos making him rap Billy Joels’ track and Hamlet’s paragraphs. Although the videos, listed under Vocal Synthesis YouTube channel, have been removed, terming them as manipulated content, it indeed infuriated the rapper. He has even filed legal actions against those videos. According to the news, it creates copyright implications on these AI-generated videos and should be cynical while using it, despite having “no malicious purpose.”

After targeting Jay-Z, deep fakers have now turned to Amazon CEO Jeff Bezos and Tesla CEO Elon Musk. In recent news, a manipulated video showcased Bezos and Musk in the pilot episode of Star Trek — The Cage. Although the conversation has been stitched from different clips, the footage included Bezos playing the character Talosian alien, and Musk playing Captain Christopher. Such a fiasco would just implicate the scarily impressive potential of this technology that can be used to create havoc if required.

While the manipulated video contents are creating a debacle for the public, Grace Windheim, a deepfake creator, recently created a step-by-step YouTube tutorial going through the process of making a deepfake video. This tutorial was created to make deepfake memes, which is relatively harmless, and went viral, with over 360,000 views. According to Windheim, there is a thin line between creating these manipulated videos for entertainment and using them for malicious purposes. With this algorithm, users can pick any video from the internet and use it to animate a photo of a human’s face with only a few lines of code.

According to Twitter, in a recent tweet by Congressman Steve Scalise, which has now been deleted, he has shared a fake video of a specially-abled activist Ady Barkan. In this deepfake video, Barkan has been speaking to democratic presidential nominee Joe Biden regarding some funding. However, the wordings have been manipulated to spread misinformation. To this, Barkan also tweeted to ask Scalise to take down the video and be sympathetic to people using assistive technology.

Although being scrutinised for all the wrong reasons, experts believe that deepfakes can also be used for big-budget movies and TV shows. In recent news, from a computer graphics conference, the Disney researchers have showcased their first photo-realistic deepfake video at a megapixel resolution. Although the results aren’t extraordinary to actually make a cinematic movie, it’s a step forward to its regular usage by hackers. Here the researchers created a model that will allow them to create deepfake videos of 1024 x 1024 resolution.

In a recent computer security conference, a data scientist from FireEye showcased how it’s easy to utilise machine learning to develop open-source software to create fake Tom Hanks photos. According to him, even people with not a lot of experience can get their hands on machine learning models to make photos and videos like this. Although the images created of Hanks had flaws like strange neck folds, skin textures, etc., it managed to accurately recreate other significant details like actors’ eye colour, smile and other features. He further highlighted that these images required him only to spend $100, which again made deepfake extremely cheap for anybody to use.

In an attempt to omit misinformation for the US 2020 election, Twitter has recently appended a warning label to US President Donald Trump’s tweet of a manipulated popular video of 2019. The aim of sharing the tweet was the message that was highlighted stating that the country isn’t the problem, fake news is. However, Twitter, as well as Facebook, has removed the video after getting complaints from the original video creator. Such video has forced social media platforms like this to be stringent with videos like this and tear the manipulated content.

In another news, a deepfake video went viral that included Belgium’s prime minister talking about the urgent requirement to tackle the economic and climate crises. The fake video was created on a full speech by the prime minister on impacts of global warming using machine learning and artificial intelligence manipulating Wilmes’ voice and speaking style. The deepfake video was released by Extinction Rebellion Belgium to keep a high pressure high on leaders even amid the COVID lockdown.