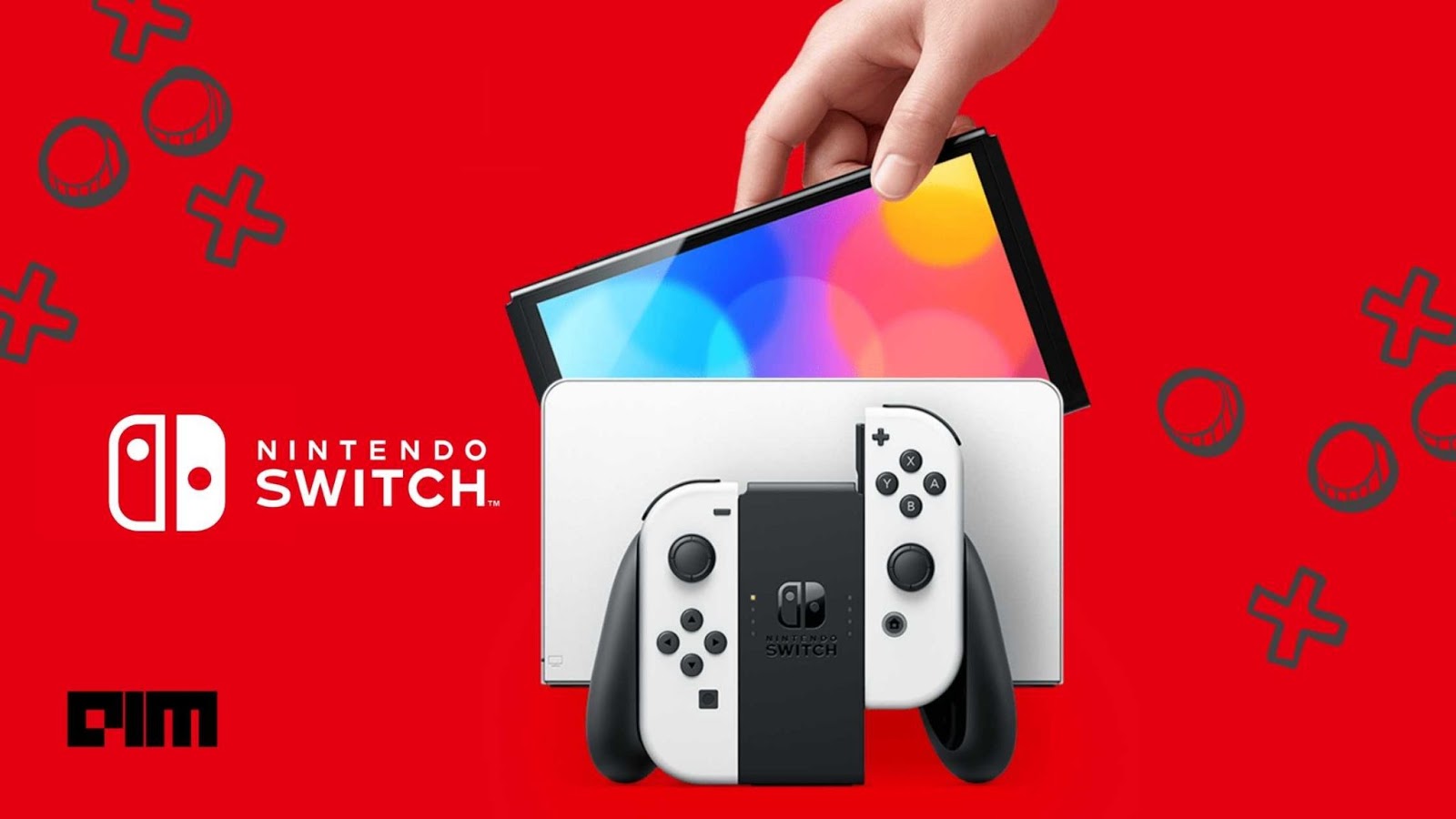 In a recent announcement, Nintendo revealed a new addition to its Switch line of systems. The all-new Nintendo Switch (OLED model) will be available from October, giving customers yet another way to play Nintendo Switch’s enormous library of titles. While rumour had it that Switch would be amping up its processing power with the inclusion of a new chipset, the new OLED Model includes no such upgrade.

While the overall size is the same as the previous Nintendo Switch system, the Nintendo Switch (OLED model) comes with a larger, 7-inch OLED screen with vivid colours and crisp contrast.

Despite the minor upgrade, Nintendo hopes that the vibrant OLED screen and enhanced audio will provide an immersive experience to its players.

According to Nintendo of America President Doug Bowser, the new Nintendo Switch (OLED model) is an excellent alternative for players who wish to experience the new colourful screen when playing in handheld and tabletop mode.

The new Switch Model features an OLED (organic light-emitting diode) screen as its standout feature. The unit is seven inches long as opposed to the original device’s six and a half inches and the Nintendo Switch Lite’s five and a half inches. While the size upgrade might not feel much, there will be a significant change in image quality and resolution for the avid players. They will notice a distinct difference in terms of sharpness, contrast, and vividness.

The introduction of the new Nintendo Switch model comes at a time when the world is facing an acute chip shortage. This could also be a plausible explanation for the lack of any major upgradation.

Not just Nintendo, but other companies like Sony and Microsoft have already stated that their next-generation consoles would be difficult to secure by the end of the year.

In the wake of the Covid-19 outbreak, there has been an increase in demand for consumer electronics. According to Gartner, the Worldwide PC Shipments Grew 10.7% in the Fourth Quarter of 2020 from the fourth quarter of 2019.

A total of 1.58 million game titles were sold worldwide between March 16 and March 22 of 2020. The 82% total surge was also due to new game titles like Animal Crossing: New Horizons and DOOM: Eternal. Nintendo Switch software sales soared, with Animal Crossing: New Horizons selling 14.27 million units. So much so that Nintendo’s Switch console sales helped triple the company’s profits by the end of September. Nintendo Switch sold 12.5 million units in the first half of 2020.

However, this boom in the gaming industry came with its downside. The chip supply chain issue also impacted the increased demand for gaming consoles. In April, Nintendo president Shuntaro Furukawa in an interview stated that even though the company had managed to “secure the necessary materials for the immediate production of semiconductors of switches,” there was still a chip crunch threat looming over the production of Switch consoles. This held especially in the case of Japan and other countries where the demand was higher.

While the future of the gaming industry worldwide remains unpredictable amid the chip shortage, the OLED Switch could turn out to be a wise move for Nintendo at this point. Despite recent advances in LED technology, OLEDs provide better picture quality. OLED is also lighter and thinner, uses less energy and also gives the finest viewing angle. It could be favourable for Nintendo once it upgrades its hardware with the latest chipset.