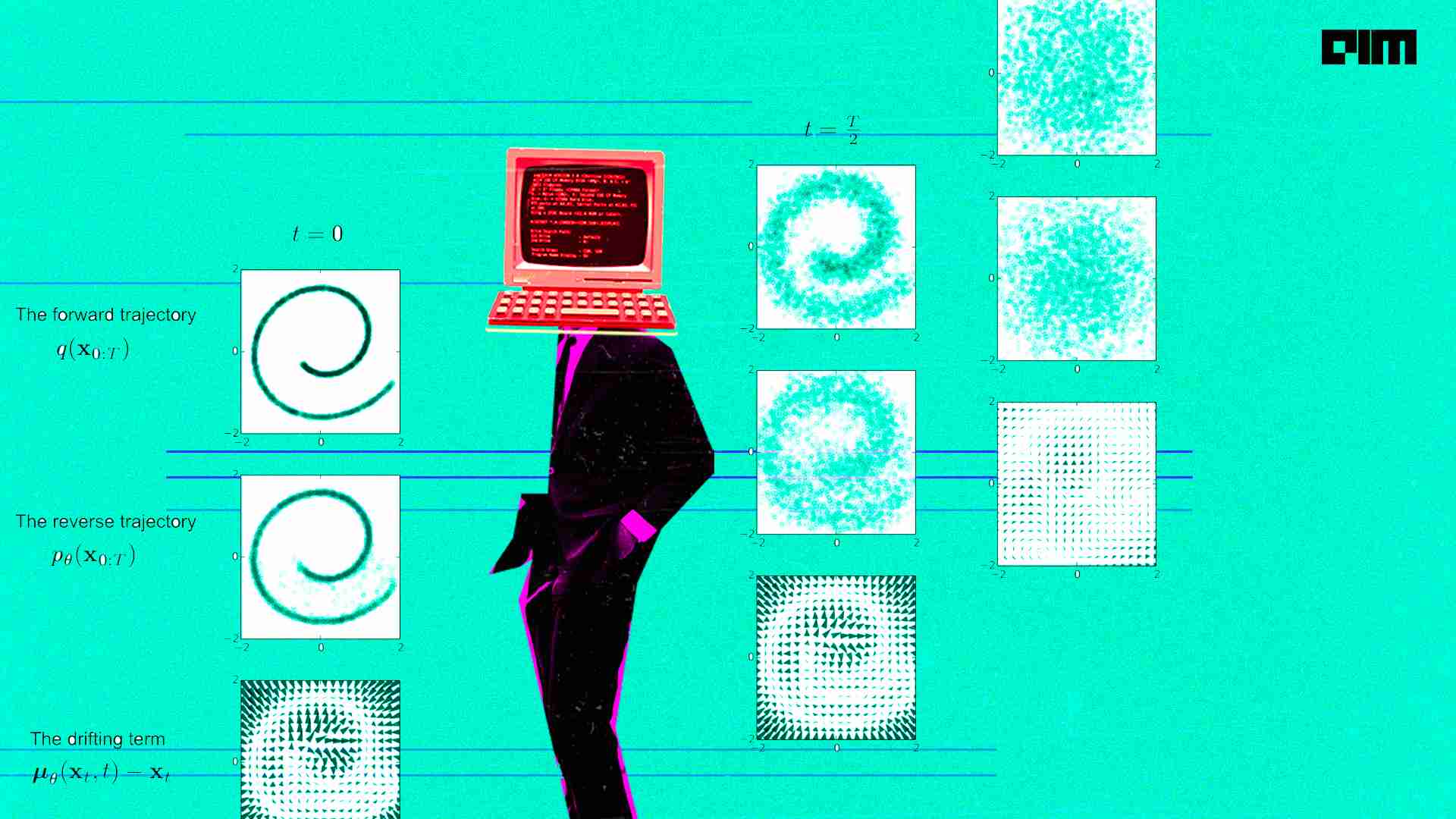 Image synthesis tasks are performed generally by deep generative models like GANs, VAEs, and autoregressive models. Generative adversarial networks (GANs) have been a research area of much focus in the last few years due to the quality of output they produce. Another interesting area of research that has found a place are diffusion models. Both of them have found wide usage in the field of image, video and voice generation. Naturally, this has led to an ongoing debate on what produces better results—diffusion models or GANs.

GAN is an algorithmic architecture that uses two neural networks that are set one against the other to generate newly synthesised instances of data that can pass for real data. Diffusion models have become increasingly popular as they provide training stability as well as quality results on image and audio generation.

How does a diffusion model work?

Google explains how diffusion models work. They work by corrupting the training data by progressively adding Gaussian noise. This removes details in the data till it becomes pure noise. Then, it trains a neural network to reverse the corruption process. “Running this reversed corruption process synthesises data from pure noise by gradually denoising it until a clean sample is produced,” adds Google.

When the generator training goes well, we can see that the discriminator will get worse at differentiating between real and fake data. This leads to a reduction in accuracy.

Some common issues with GANs

Though GANs form the framework for image synthesis in a vast section of models, they do come with some disadvantages that researchers are actively working on. Some of these, as pointed out by Google, are:

Diffusion models to the rescue

A paper titled ‘Diffusion Models Beat GANs on Image Synthesis’ by OpenAI researchers has shown that diffusion models can achieve image sample quality superior to the generative models but come with some limitations.

The team also said that they think that the gap between diffusion models and GANs come from two factors:

“The model architectures used by recent GAN literature have been heavily explored. GANs are able to trade off diversity for fidelity, producing high-quality samples but not covering the whole distribution,” the paper added.