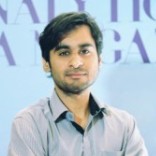 Selfie Capture When We Smile – My Fun Project Using OpenCV

Earlier, the field of AI was more academic and was mostly researched by PhD holders. However, the area has now become approachable with software developers and other tech professionals taking advantage of the new AI paradigms to build a whole new scenario of use cases for the world.

More developers are becoming interested in exploring tools and techniques such as TensorFlow and other open-source tools to explore the field. With frameworks such as TensorFlow, companies such as Google are also making it easy for a software developer who doesn’t necessarily have academic expertise or a PhD in AI/ML, allowing them to ML models.

Given the same devices are loaded with sensors, they are capturing so much data which has made new application scenarios. A good example is a cloud kitchen which can connect thousands of restaurants and help deliver food instantly by mapping and connecting users with the available food. Behind such a complex task, AI is used extensively. Social media is another application scenario for app development with machine learning, as witnessed on platforms like TikTok, Instagram and Snapchat.

The availability of affordable compute power is another factor in helping developers enter the field of AI/ML. The dropping prices of chips, particularly GPUs, allows developers the extra power within a laptop to carry many ML workloads. This way, even if a developer does not have complete theoretical knowledge, he/she can showcase their skills as a developer and hopefully build apps.

Open source tools like Tensorflow and Keras have unlocked new possibilities for exploring AI such as integrating AI in websites for web developers. For instance, if a coder wants to build a model that runs inference in the cloud and the developer wants the server to be able to upload a picture and have a server return the contents of that picture, that’s also possible as a web developer today using such tools. You can also have the inference happen on a device, within a browser or server.

An open-source ML framework such as TensorFlow can make it easier for developers to enter the field, even if they don’t have a degree in computer science. It can be used to create machine learning models easily, be it low-level machine learning models that use graph-based execution or even higher level models using a high-level API. Keras is a high-level API which can be used to train models and run inference on it. The great thing about TensorFlow is that it is not just a tool, but there is an entire open-source ecosystem attached to it. More and more developers are getting involved, and it’s becoming more and more welcoming for people who don’t have PhDs, or they don’t have advanced mathematics knowledge.

With TensorFlow, developers only need 10-20 lines of code to have a neural network set up. Google, at the launch of TensorFlow 2.0, introduced high-level APIs to reach to the broader developer audience, instead of just AI/ML researchers, data scientists and scholars. In the past, the API’s were almost researcher focused, but with TensorFlow 2.0, it has enhanced the ability to have high-level APIs focusing on areas such as model architecture, prototyping and more. Thanks to open-source, researchers now don’t necessarily need to know all of the underlying mechanics of how complex systems such as neural networks work.

How Pytorch Is Increasingly Being Adopted By Organisations

What Do You Need To Know To Get Started

For developers who have never done any machine learning before, they can start with knowing the basic Python skills and they’re good to go. And the fact is that Python is one of the simplest languages in the world to learn with a robust ecosystem and learning resources make it easy to learn. Then start by building models, even the basic ones as it can help with getting started to understand the field.

According to experts, in the coming years, AI/ML will become part of that developer toolbox, just like the web skills. The field is vastly expanding with a shortage of people who can write AI/ML code and turn that into useful applications which businesses can use. All you need to do to get started is basic programming skills.

With the ever-evolving tech community around AI/ML, ease of learning these techniques with many free resources available, along with certifications, only means that exploring the field of AI has become easier than ever before. There are many instances where professionals from various fields are making a transition into the field of data science and AI. Theoretical knowledge, therefore, is not a mandate for developers to explore this field of AI.

Does An Analytics Head Require A Doctoral Degree?

Selfie Capture When We Smile – My Fun Project Using OpenCV